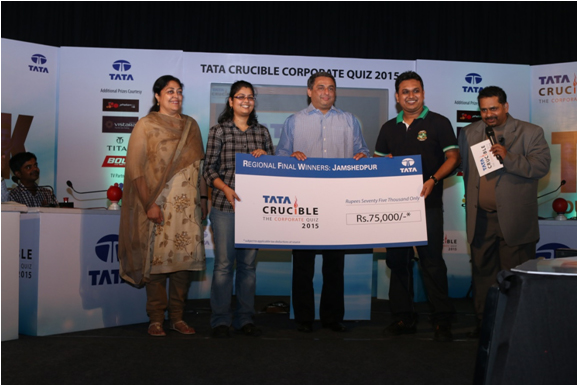 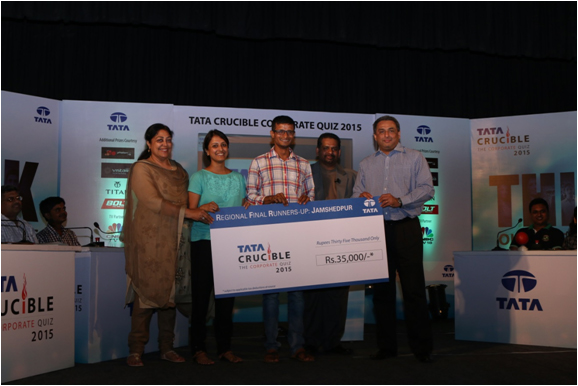 On a day when the nation observes Gandhi Jayanthi, the picturesque city of Jamshedpur, celebrated the anniversary of the father of the nation, with a knowledge event that started its journey here twelve years ago.

The evening started with an interesting mix of 20 questions, the seasoned quizmaster Pickbrain setting the tone for an absorbing evening of quizzing. The finalists were:

The final started with teams from Tata Steel and Jusco getting off the blocks soon but as the quiz moved into the second phase it looked clear that the team from Tata Motors were very strong contenders as they went into the lead. The Tata Steel teams did close the gap quickly to make the game interesting in the final segment.

While one expected Tata Steel to take risks, it was the duo from Tata Steel who took the initiative and pressed ahead of the rest to ensure a lead that no one could surpass.

The battle then was clearly for the second place which Sharath and Lekshmy won, while Loveleen and Bismoy took the top honours and earned the right to represent the city in the eastern zonals.

The guest of honour Mr. Narendran, MD, Tata Steel India and South East appreciated the teams and said “Such forums not only show us how much we know, it also shows us how much we don’t know”. His wife Mrs. Ruchi Narendran who was present at the quiz specifically appreciated the school kids who answered and won several audience prizes.