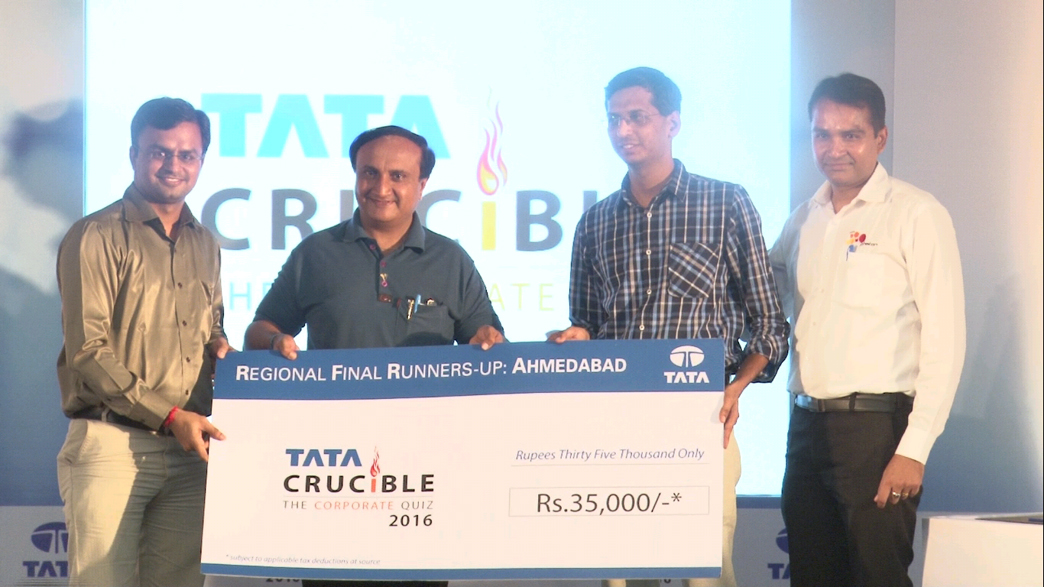 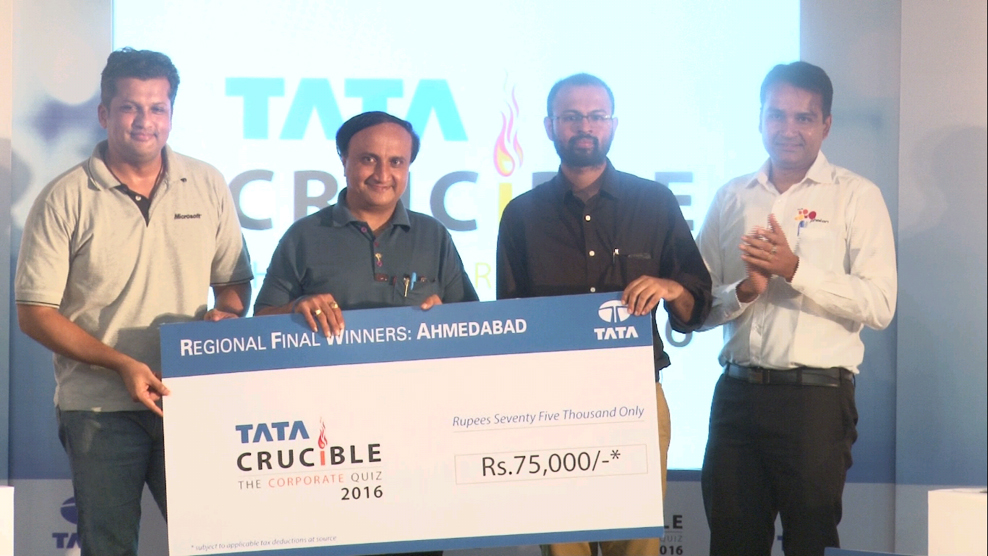 The city of Ahmedabad looked even more beautiful after a downpour in the afternoon. It made the city cool and look lush green as teams came in to battle for the city edition of Tata Crucible. As a city that has been part of the quiz from the beginning, the stakes were high and the contest, as always, intense.

Pickbrain belted out a fairly tough prelim that led to several new teams making it to the final. He observed that the city was witnessing the emergence of several young corporate teams, a positive trend for the future.

The final was an absolutely riveting battle with Social Udaan taking an early lead as Gujarat Gas caught up very quickly and were into the lead soon enough with continuous strikes on the buzzer. As the quiz progressed the Social Udaan team took some negatives that pushed them back and they were now trailing both UBER and Gujarat Gas.

As the pressure mounted Social Udaan held on and did not give up. It was however UBER that missed out by playing on lower scores despite knowing the answers. That cost them in the end as they finished third. With just two questions remaining, Social Udaan came back with a powerful answer and led the fray with a slender lead.

Gujarat Gas made a valiant attempt on the final question but could not crack the poser, forcing them to settle for a very credible runner up position. They would however look back and believe it was an evening that they should have converted to a title. The quizmaster appreciated Social Udaan for having a â€œNever say dieâ€ attitude while endorsing the emergence of the young teams.

The guest of honour Dr. Sudhir Joshi (MD) Deputy DDO and DAO of Vadodara was on the ball with his reaction.He pointed that we need three things to succeed in life, Knowledge, Skill and Attitude and the winning team displayed all of it.