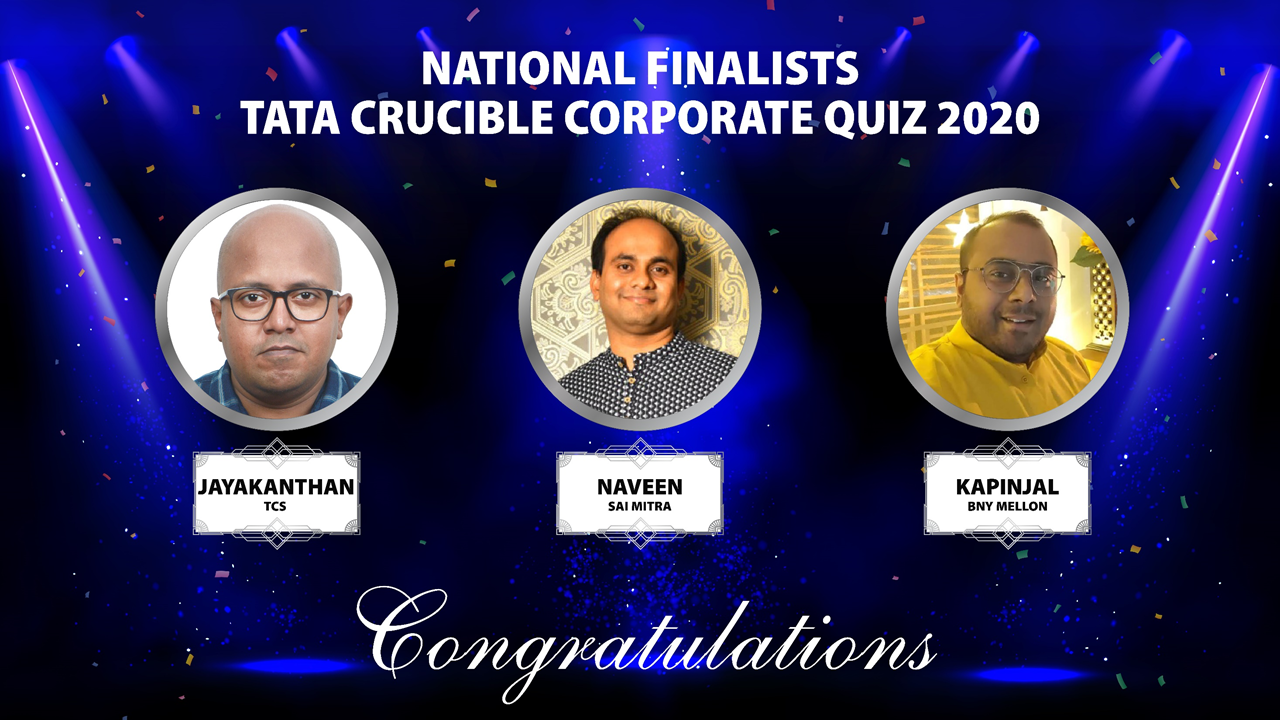 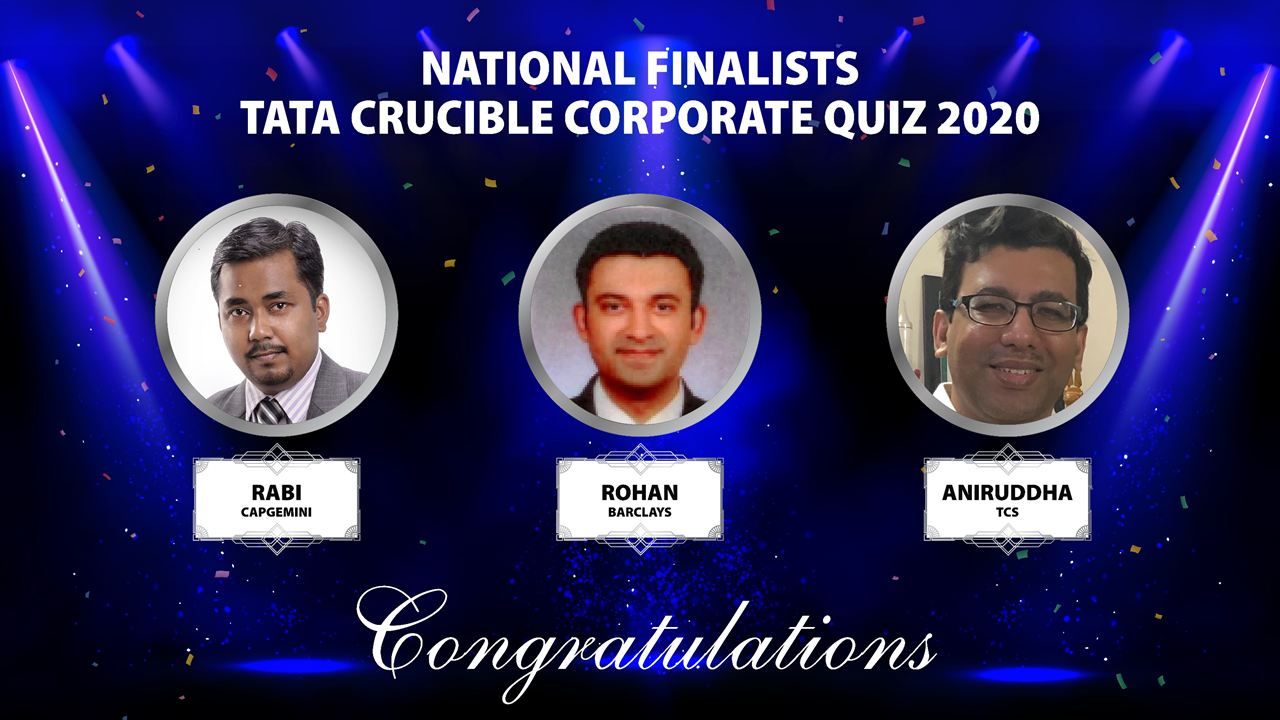 The two national semi finals were riveting battles. There was no surprise that Pickbrain changed gears and set a benchmark that really reflected why a Tata Crucible is so attractive to the best quizzers across the nation.

The six who made it to the national finale were:

The national finale features some of the best minds in Indian business quizzing, some infact former national or regional champions of Tata Crucible. It only vindicated as the quizmaster pointed out, how mediums or formats don’t really matter for the good sportsmen who will learn to adapt and succeed.

The first semi-final witnessed Mr. Vikas Purohit, Chief Executive Officer, Tata Unistore Limited as the chief guest who spoke of the importance of digital in our future. He also underlined how the digital medium is impacting daily life and becoming a critical factor for success.

The second semi-final featured senior Tata leader, Mr. S. Padmanabhan, Executive Chairman – Tata Business Excellence Group (TBExG), Tata Sons Private Limited as the chief guest. He spoke eloquently on the need to stay on course and to have an open mind that learns at all times, turbulent or otherwise.