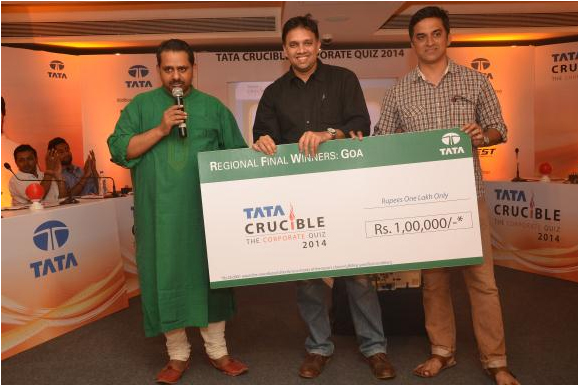 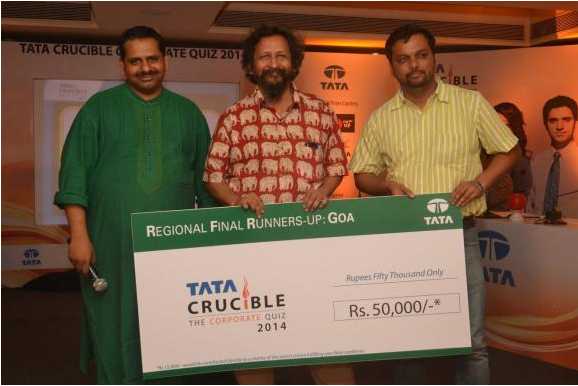 Tension. Turbulence. Tenacity. Triumph. This was the story of the Goa edition of Tata Crucible in its 11th year, as Savoir Faire finally managed to retain their title after getting over initial moments of volatility.

A large turnout of close to a 150 people, with several new teams, taking part indicated to the growing popularity of the quiz here. The finalists who made it from the prelim were:-

The final started with the former national champions Savoir Faire getting a ‘Gold’ category question wrong leading to a minus 75. Gasps from the audience every time a team took a negative reflected on the enormous pressure the new format created by quizmaster Pickbrain was putting on the teams and the audience.

As the quiz moved on, Splash! progressed into the lead but missed scoring upto 100 points playing safe and not taking chances on the buzzer. ‘Had they cracked those 100, the battle would have been more difficult for Savoir Faire’ said Pickbrain after the quiz. In the rounds that followed, Savoir Faire held their own and retained their title.

On a windy Sunday afternoon it sure was a wonderful sight to see many new teams emerge on the Goan quizzing scene, with a champion continuing their legacy and march into the zonals.