SAIL Ranchi inch past at Jamshedpur 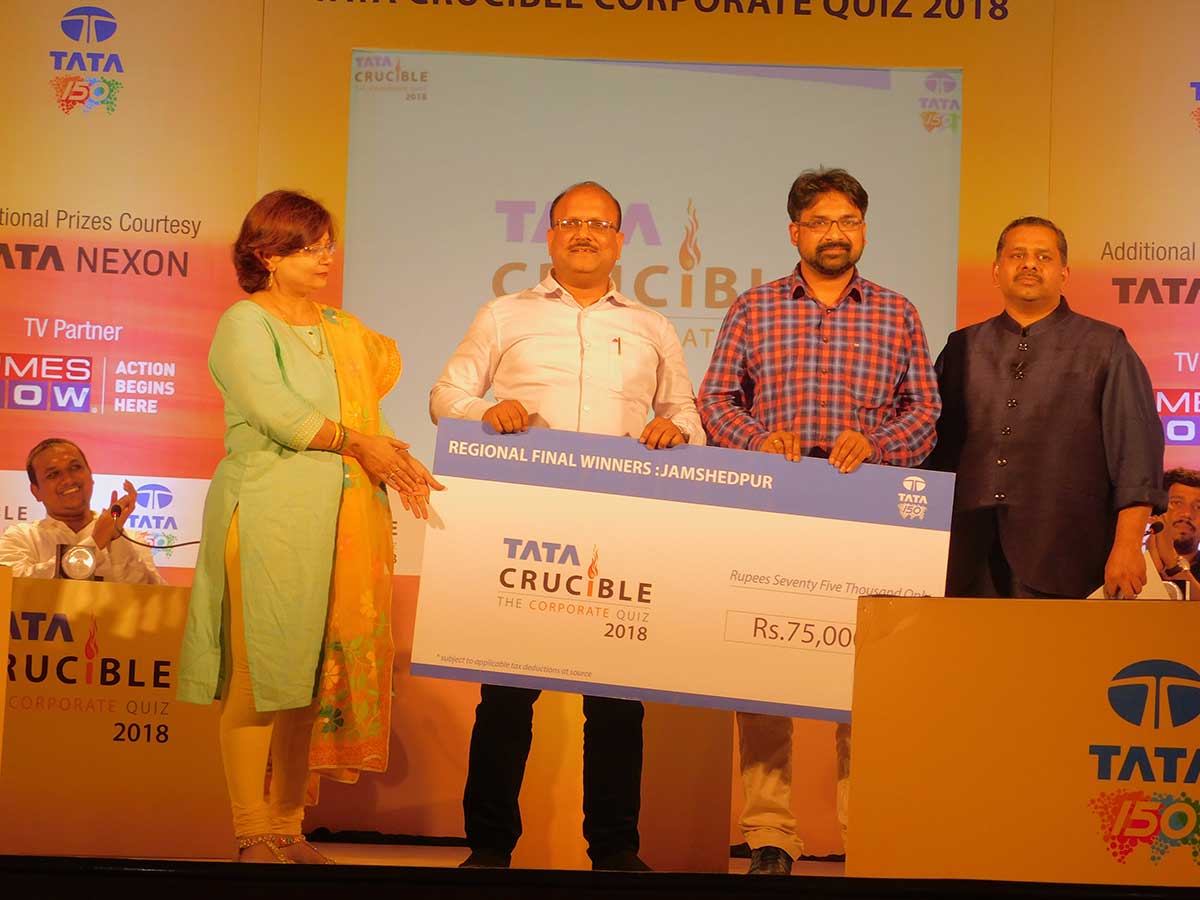 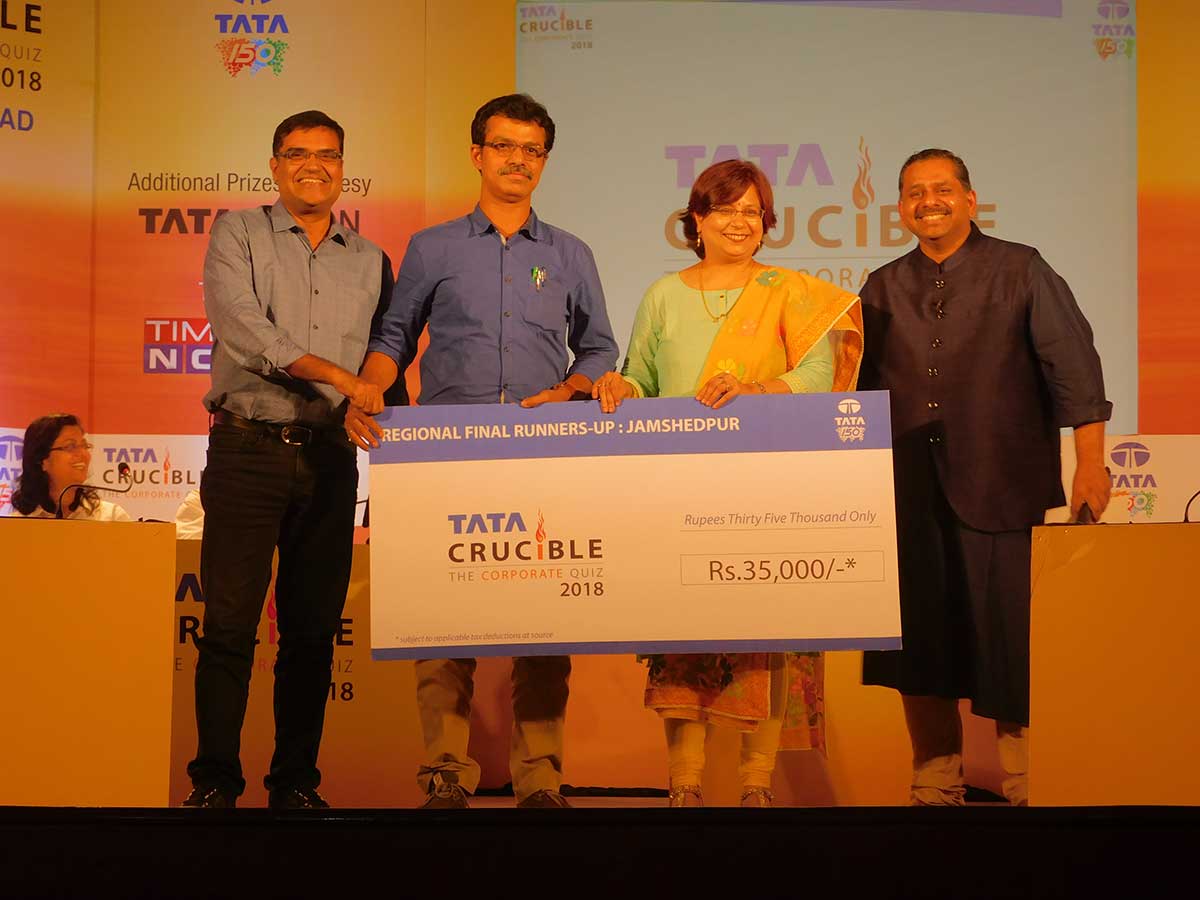 The steel city of Jamshedpur where the journey of a Tata Crucible began 15 years ago was abuzz for its edition despite the heavy rains in the city. Quizmaster Pickbrain played host, setting a good prelim with questions from across industries. The top teams that made it was:

The final was a thriller all the teams battling hard through the quiz. It was not clear who would win though, the duo of Debabrata and Rajiv played well to stay ahead of the rest for the most part of the quiz.

It was however in the last round that the SAIL Ranchi team came back bursting with multiple strikes on the buzzer to get into the lead and clinch a famous win. The quizmaster observed that of the six teams on stage five of them have been former champions of the quiz, so it would not be so easy to be a winner in this city. The duo of Debabrata and Rajiv finished runner-up.

The guest of honour Ms. Madhulika Sharma, the Chief of Corporate Sustainability, Tata Steel, observed that as the world moves from man to machine it is still human intelligence that powers the world.