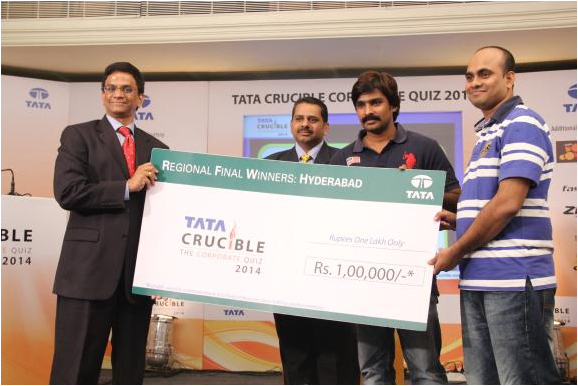 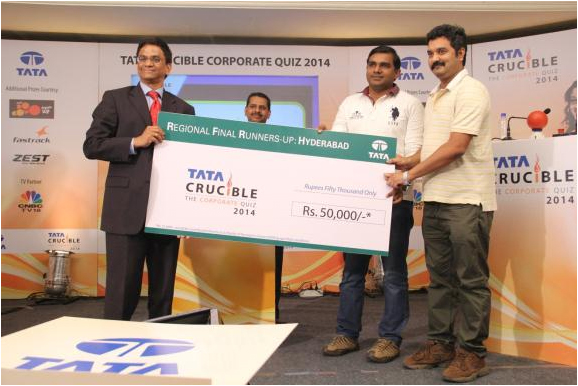 It is perhaps with reason that the phrase ‘Luck favours the brave’ has been used so often throughout history. With over a 100 teams, the Hyderabad edition of the quiz was tense even before a single question was asked.

The prelim, a tricky and tough one, led to 10 teams going through, 6 of them into the wild cards and finishing 10th were a team from Sai Mitra Constructions. Having squeezed their way into the wild card, they backed themselves with good strikes on the buzzer to make it to the final six.

The final was absorbing with the new format of the quiz making all the teams think one question at a time. TCS with Priyambad and Ayappa started well while Sai Mitra closed in quickly.

Infosys with the Reddys’ came back slowly but were good in the middle phase of the quiz. The other Infosys team also started inching forward making it an interesting battle. As the quiz moved on Sai Mitra started moving ahead quickly and established an unassailable lead. The Infosys team with Sridhar Reddy and Surendra Reddy inched past the others to finish runner up.

For Sai Mitra, it was a day to remember as they came back from being tenth to winning the quiz. Mr. Srinivas Koppolu the CEO and MD of Tata Business Support Services gave away the prizes and applauded the teams for an outstanding display of knowledge.