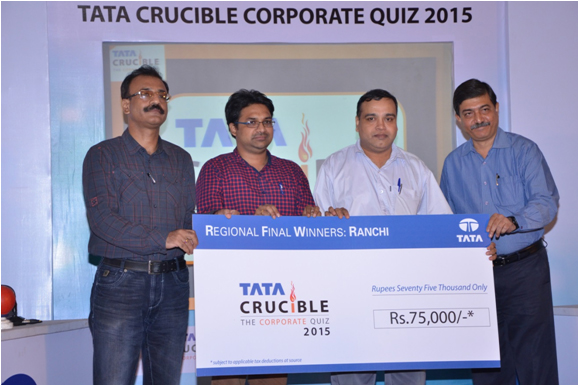 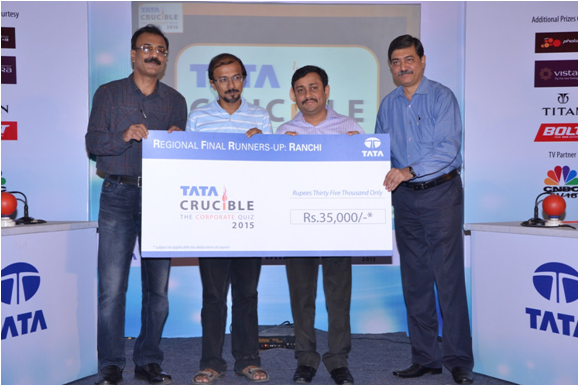 The Ranchi edition of Tata Crucible commenced with the prelim posing a lot of problems for the teams which took their time to answer. The post prelim discussions about the questions was interesting as teams were keen to know where they stood. The finalists were:

The final was a very tight battle with all teams starting well and the first couple of phases of the quiz did not indicate any trends or favourites. The professors from IIM looked good as they moved ahead of the rest along with Rourkela Steel.

In the latter half of the quiz it was a head-on battle between these two teams while the Bokaro Steel teams did try to reduce the gap but could not move on beyond a point leaving it to the Rourkela team to battle it out with the professors.

In the final phase, the Steel major took several gutsy half chances that worked well for them and with the IIM duo not able to catch up they made it to the eastern zonals with a good victory.

The guest of honour Mr. Anurag Gupta, Additional Director General of Police, Special Branch Department, Ranchi appreciated the teams and spoke of how technology has changed the landscape of learning. He also underlined that be it a corporate or police, life was about intelligence and knowledge, as he gave away the prizes.