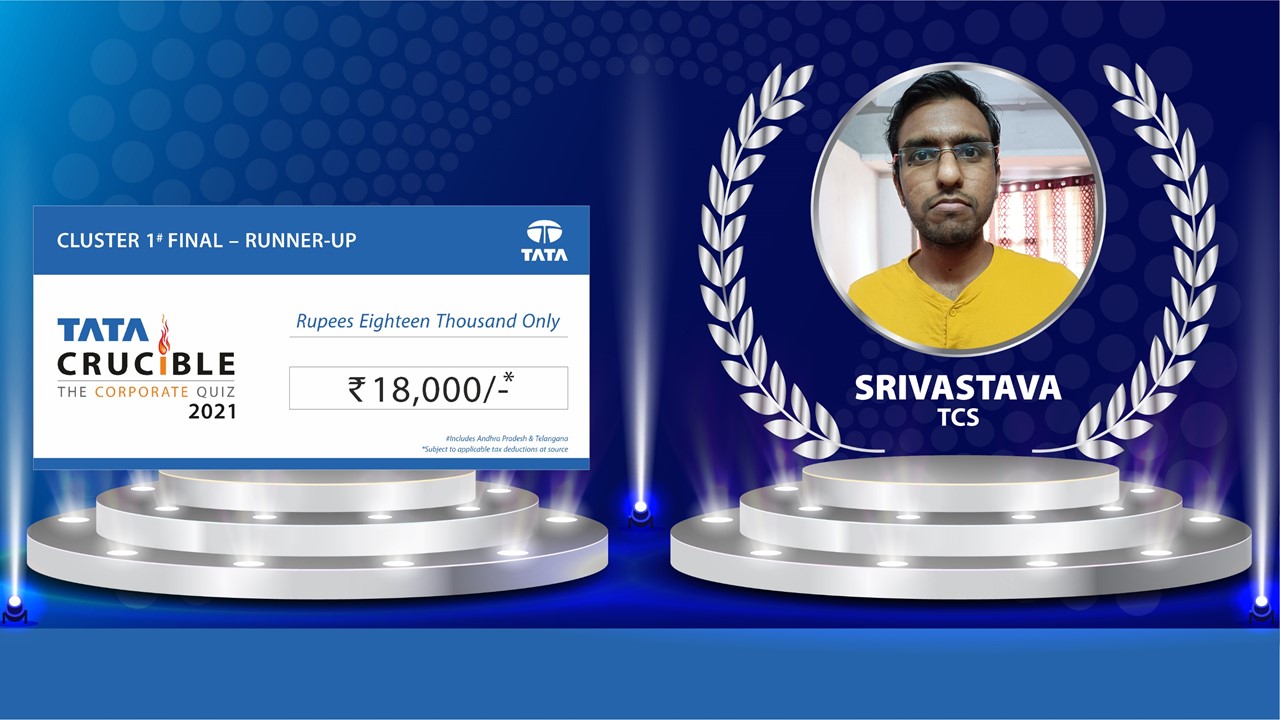 The third cluster of Tata Crucible featured contestants from the states of Rajasthan, Madhya Pradesh, Gujarat and the union territories from the region. The finalists featured a line-up that had five former regional champions making the battle interesting.

The quiz started with Ravi Handa blazing on all guns and reaching a score of 400 in just the first round. As the quiz progressed it was Shantanu from IIT Gandhinagar who fought back and tried to catch up. However, Ravi seemed so well prepared that he just did not allow room for anyone to catch up. His consistency led him beyond the 1000 mark, the first in the country to do so. Shantanu finished with a very credible score of 600 but had to settle for the runner up title given Raviâ€™s performance.

The chief guest Mr. Zarir N. Langrana, Executive Director and President (Global Chemicals Business), Tata Chemicals Limited spoke eloquently about the importance of such platforms to foster a culture of learning. He also appreciated the contestants for their performance and egged them to always keep their curiosity ignited.