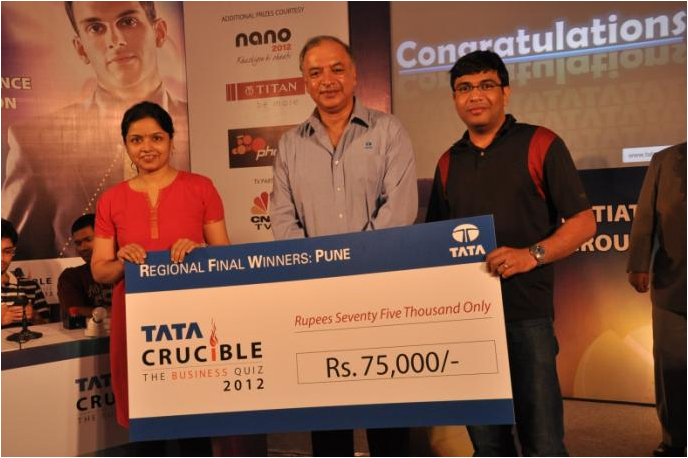 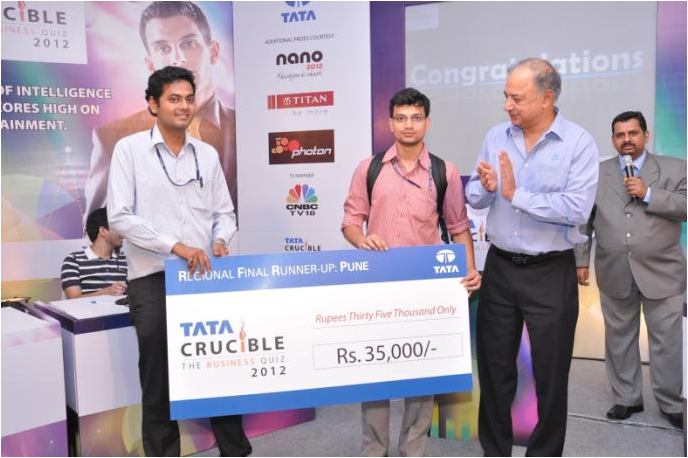 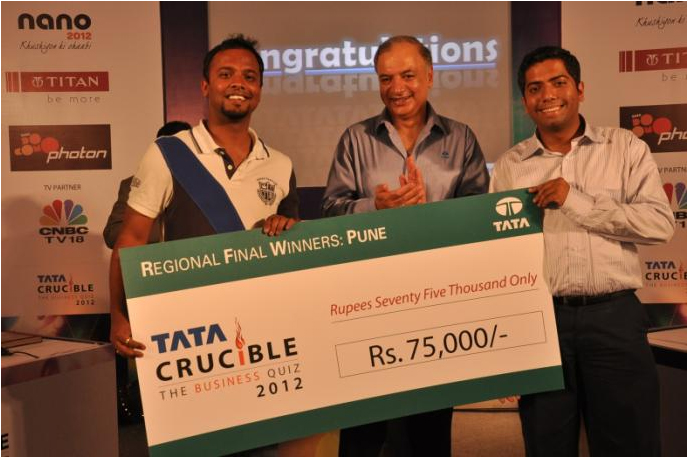 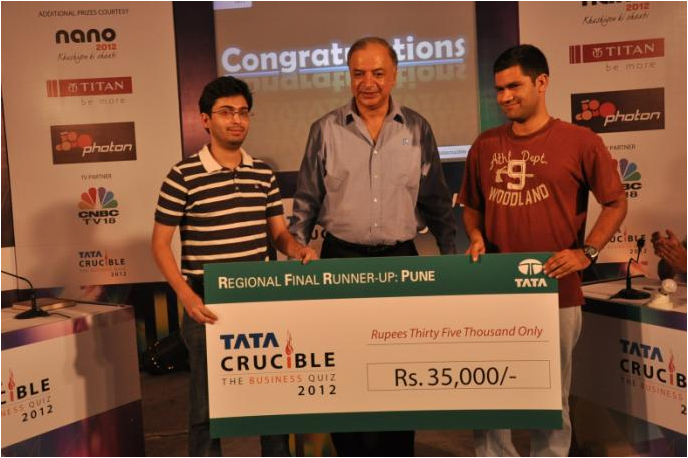 Over a 160 teams and Pune was abuzz as quizmaster Pickbrain went about his task of selecting the top six teams from both the Tata and non Tata track of the quiz. The prelim peppered with interesting and workable questions that kept the teams thinking and post the prelim had many reach for their phones and tabs to verify their answers and douse their curiosity. The finalists were:

The first final was for the Tata employees and it was a two way battle with Bhuwan and Ankit of Tata Motors doing very well in the first half of the quiz but were not really able to sustain or ward off the onslaught from team TCS (Ms.Abha and Suchir) which looked in supreme form as they steam rolled the opponents to register an impressive win.

The non Tata final saw a very even start with all teams almost on the same score even as the quiz moved past the first two rounds. It prompted the quizmaster to comment “Nowhere in India have we had all six teams on par after two rounds, indicating the quality of all finalists here”. As the buzzer came into play the distance started to emerge. Team Infosys taking three negatives after reaching a good start of 20 not helping their cause while 6 Pi Education, Entercoms and Cummins just could not find the momentum in the later half.

That left Cognizant and HDFC Standard Life in the fray with the former enjoying the quiz smiling their way through right and wrong answers while HDFC Standard Life started to build on to the initial scores and consolidated very quickly to establish parity with Cognizant. In the final two rounds they were simply too good for the others as they raced away to an authoritative victory, a first one for their company at a Tata Crucible.

The guest of honour Dr.Shubhro Sen, well known educator, founder of Conscious Capitalism Institute, presently Director of TMTC Pune congratulated the finalists on setting “high standards” and recalled his quizzing days before rewarding the teams with their prizes.