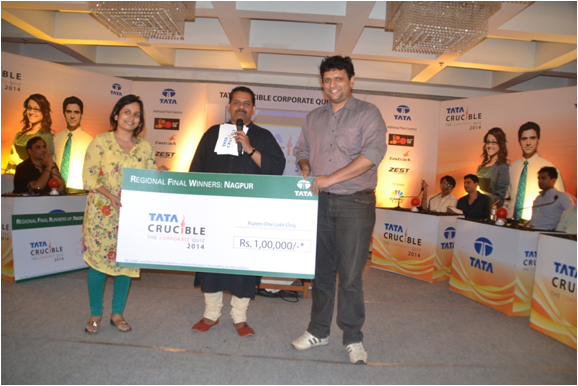 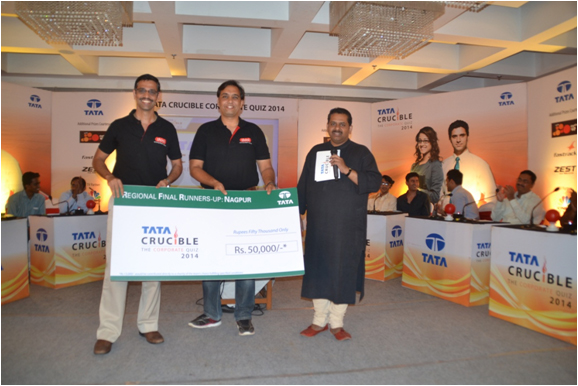 A lovely evening at Nagpur transcended from an extremely closely fought quiz with six equally capable finalists battling hard to a climatic finish and a family ending akin to a bollywood classic. The quiz earlier in the evening witnessed a crafty prelim leading to the following finalists.

The final was a very keen contest, from the word go, with Aditya Auto on fire in the first segment along with Think Consultants and Vishnu Enterprises. Soon it was Mahakali and HCL that would catch up and after a late start Persistent also joined the fray as the quiz moved quickly.

The format kept all the teams and the audience as well at the edge of their seats. The witty quizmaster also kept the bunch of energetic school kids at the quiz busy with his remarks and audience questions.

As the battle went into the final phase, it came down to two teams, Persistent and Think Consultants finishing on par to force the first tie breaker of the season. The Think duo went for the tie breaker question in a flash and misfired resulting in a Persistent win for the first time.

The last scene had a bollywood touch as the champions shared that they were not just colleagues but married to each other as well. As everyone smiled, Kartik added that it was the eve of his wife Gayatriâ€™s birthday and they could not have imagined a better way to celebrate it as they became the first couple in India to win a regional final at Tata Crucible.