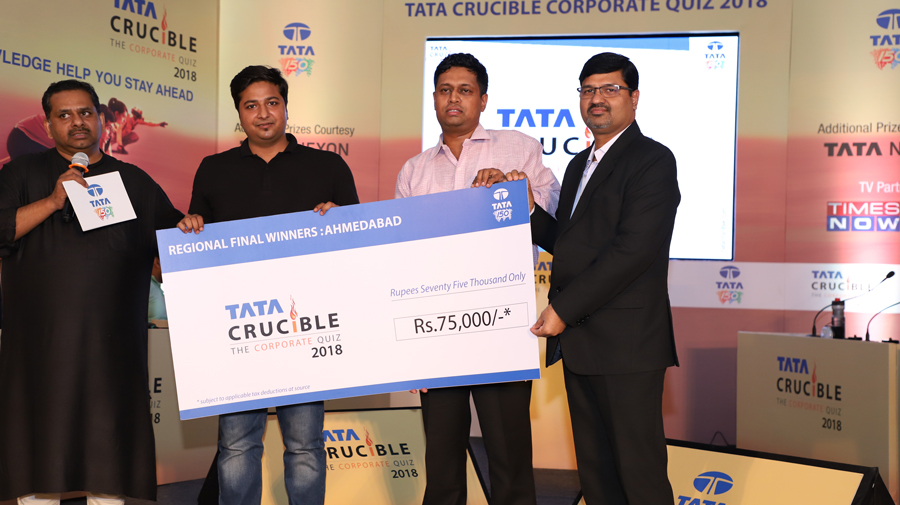 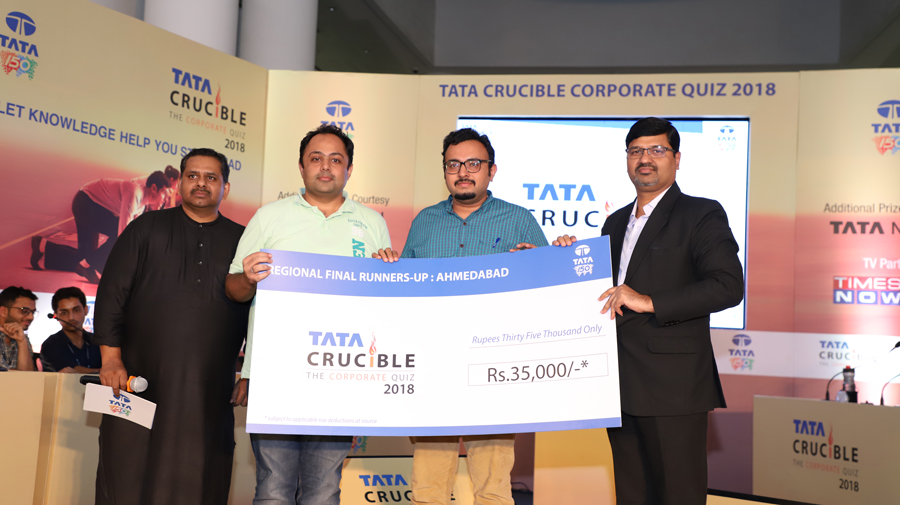 Over 300 teams turned out for the Ahmedabad edition of the quiz, making it a daunting task for Pickbrain, to get all the teams to see his posers. He quipped in typical style,” It feels like a school quiz with so many teams”. Once the prelim was done, the following six teams emerged as finalists.

From the word go, it was a three-team battle between OYO Rooms, Nielsen the defending champion and Pharmazone. While the other teams struggled to find form on stage, for most part, the battle was between OYO and Pharmazone with OYO staying ahead right through and not allowing anyone to cross them.

The Pharmazone team in their quest to try to get past OYO lost a few crucial ‘crubits’ on the buzzer, giving Nielsen a chance to come back. The seasoned duo did not let go of the opportunity as they went past Pharmazone and then found their touch to answer a couple more.

In the end, while OYO won comfortably, Nielsen did come close to finish runner up. Pharmazone despite an outstanding effort could not finish in the top two. For OYO this was their first ever Tata Crucible title.

The guest of honour was Mr.Raj Kishore Jha who leads the Talent Development Program at TCS. He advised the young corporates to collaborate and learn, collaborate and compete.