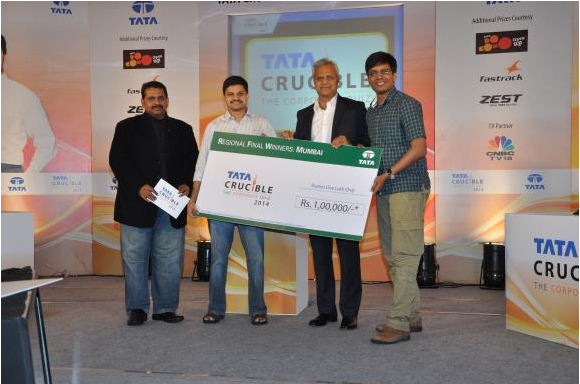 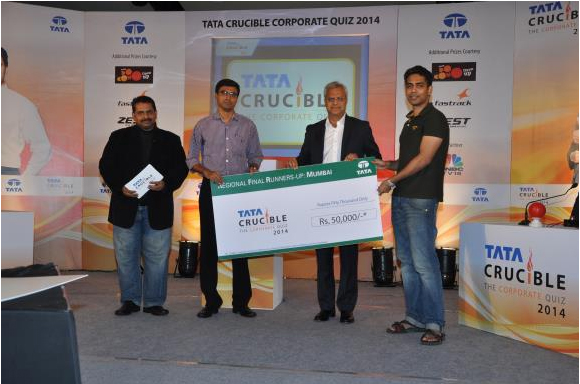 It was a Sunday that many had waited for, since the Crucible season began almost two months ago. The keenness to be part of the biggest quiz was evident as teams came in a good two hours before the show. A very interesting prelim led to the final six.

The final had all six teams off to a start early indicating how tough a city Mumbai was for a business quiz. As the rounds unfolded HDFC Life and PWC, scored on the buzzer and lost points as well, while JP Morgan and Tata Industries kept moving ahead.

As the final round unfolded it became a two team battle. The Tata duo played it out to perfection not taking any negatives, while one just negative proved to be a tough knock to recover from for JP Morgan, as they settled for the runner up position behind the Tatas.

The guest of honour Mr.Arvind Sethi, MD and CEO, Tata Asset Management Limited congratulated the teams and gave away the prizes.