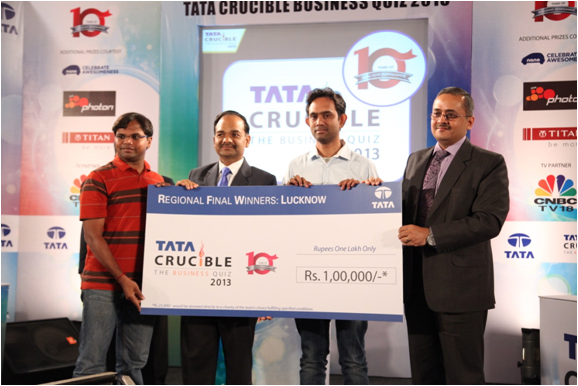 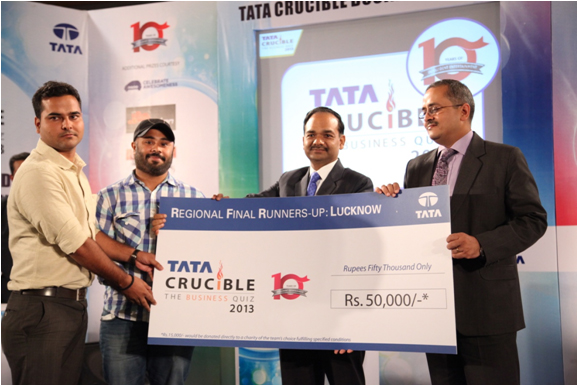 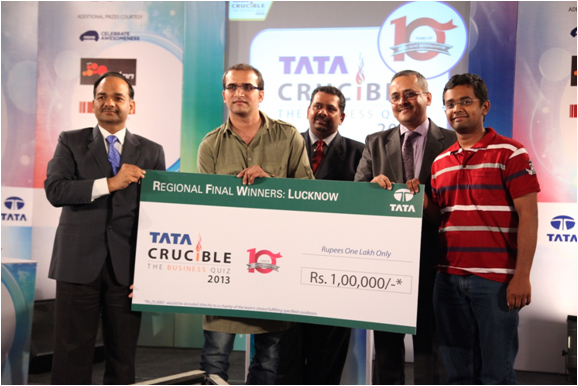 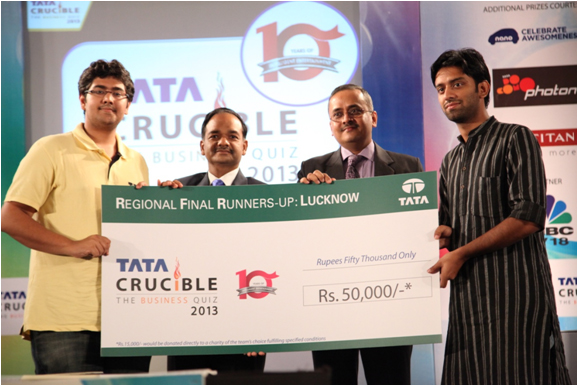 A lazy Sunday afternoon came to life in Lucknow as teams converged at the Vivanta by Taj for the city edition of Tata Crucible. The afternoon started with a crisp prelim of 20 questions from which the following six teams made it to the final.

The Tata Track of the quiz was truly absorbing and close for the first couple of rounds as the Tata Motors team of Jasmeet and Abhishek led the quiz. Once the buzzers came into play the duo from TCS who were the defending champions bulldozed their way back and went on from strength to strength to clinch the final in style.

The external track of the quiz was absorbing and tight. It had the ITC duo get off to a flyer while NTPC pegged back a little in the first two rounds. In the round on the world of Tatas the Travelkhana team gained some ground and in the next round went ahead with some more good answers. In the final round off the first question ITC fought back to being just 5 points behind the Travelkhana team while on the penultimate question NTPC score to inch closer. With option to play safe available on the final question the Travelkhana duo took their chance and cracked the poser to enter the northern zonals.

The guest of honour Mr.Alok Kumar (IAS), Principal Secretary Vocational Education Govt. of UP, said “The youngsters of today are so smart and capable that the onus is on us to hand over an India to them that matches their capabilities”. Mr.Jayant Krishna the Head of TCS said “It is amazing to see the talent here and I am glad these teams are proving those wrong who think these cities don’t have a corporate base”.