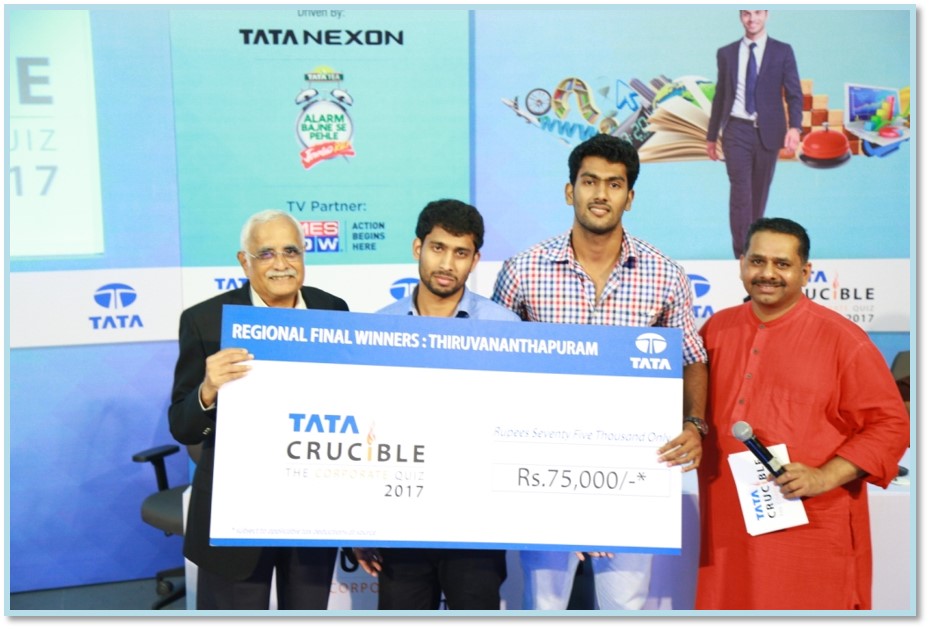 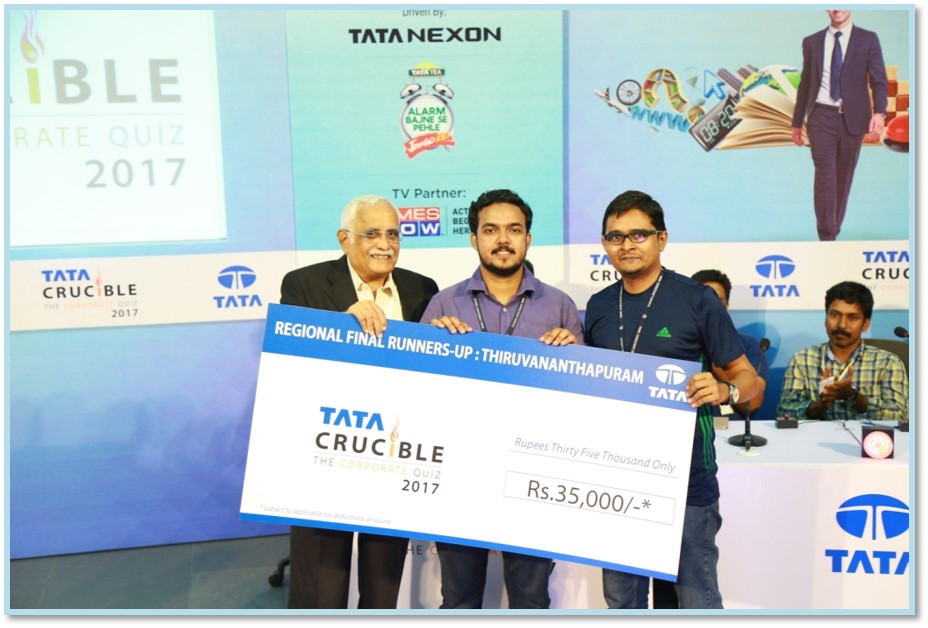 A packed hall with over 300 teams, the highest turnout for Trivandrum so far, broke into a thunderous applause the moment they spotted quizmaster Pickbrain akin to movie star entering a building. In some ways, it set the tone for the first city of the season. Pickbrain, in typical style, got down to business from the word go and the prelim started the quiz with a crisp set of 20 questions and that led to the finalists

The final was an absolutely riveting affair with the Big Synergy taking an initial lead and playing with great confidence. The duo from Tresreis did not get their grip on the quiz early on but as the quiz progressed they started progressing as well. KPSC also did well but only in small bursts.

Mid way into the quiz Tresreis and Big Synergy seemed to be in a two-team battle but as the quiz moved on the duo from KPSC showed great grit and a refusal to let go easily. That powered some brave strategy from them resulting in the lead narrowing between teams.

In the end, Big Synergy allowed the pressure to get to them and misfired one too many times while Tresreis held on to their score to finish runner up. It was however some great quizzing in the final round that led to the victory of KPSC, a memorable on for them.

Dr. Kesavasamy, Head TCS Academic Interface Program, appreciated the program and in true humility said “I come to this quiz often to test my level of ignorance”.