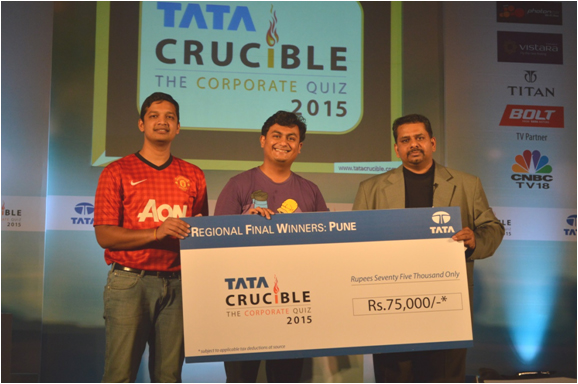 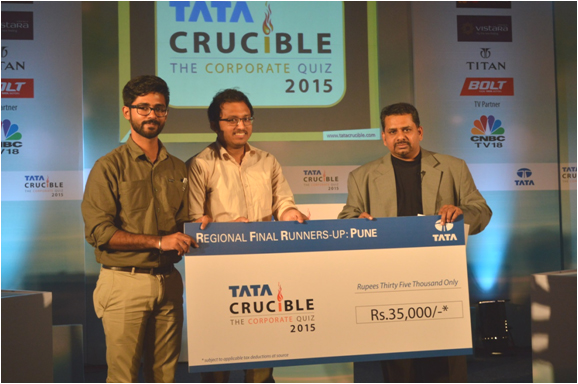 With over 300 people on a Sunday afternoon converging for a quiz there was no doubt in anybody’s mind on the popularity of quizzing at Pune. The city as rightly observed by the quizmaster, has been the hub for good quizzing in the western region of India given the corporate base and number of educational institutions located here.

After a not so easy prelim that teams had to navigate with care, the corporate houses that made it to the finale were:

The final was like a race where athletes try to keep up with each other. In the initial rounds there was hardly any difference as four of the six teams were almost on same scores.

It was in the second leg that the duo from Infosys started inching ahead as they ensured they did not take a single negative. It took them to a good position and from there on they played it with maturity and caution, to clinch the title.

In the final frontier the other teams briefly tried to chase down Infosys but quickly settled to battle for the second place, the quiz eventually ending in a tie between ZS Associates and Tata Motors (Raghav and Arindam), the latter winning it with a good hit on the tie-breaker.

The questions that went unanswered by the teams on stage were cracked by the audience reflecting on the talent base and knowledge levels in the city. The quizmaster appreciated the quiz loving audience and commented that it was heartening to host a quiz in this city. The winners now move into the Western zonal final.