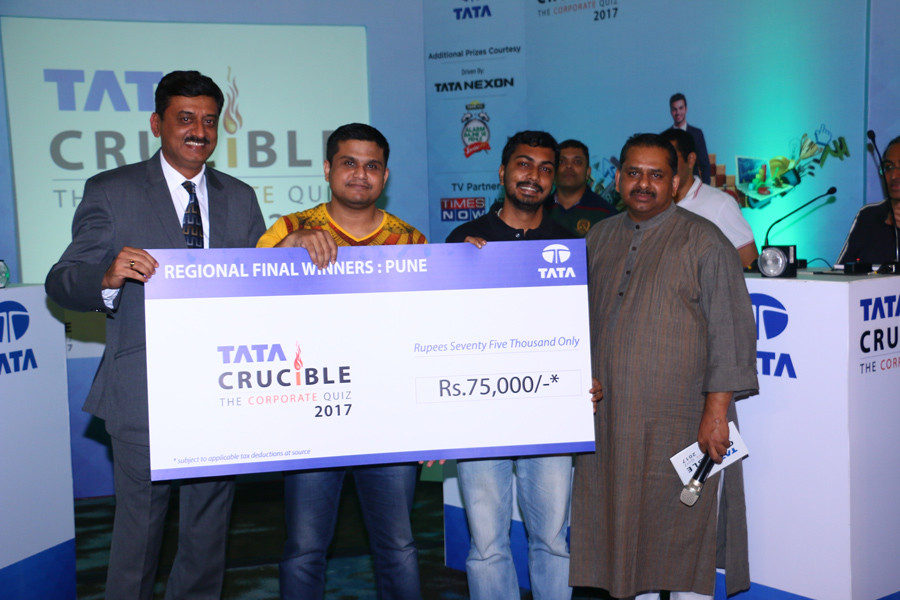 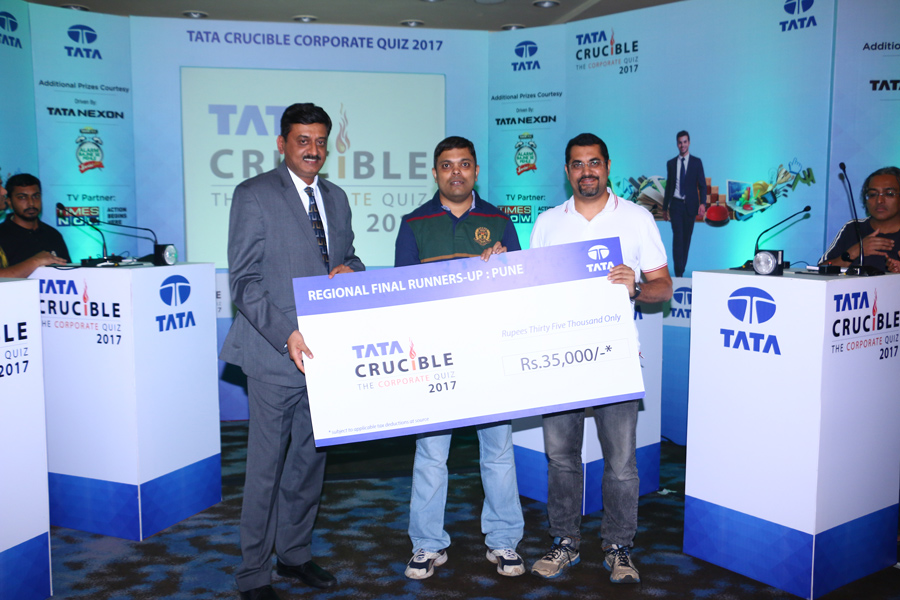 On a Thursday evening close to 200 quiz enthusiasts were part of the Pune edition of Tata Crucible. An absorbing prelim with several interesting questions led to the final six.

The final witnessed the duo from Infosys get off to a quick start. Soon enough Infogain, Tata Motors and Zensar were scoring too with Infogain steadily moving a little ahead of the others. The other teams did well in bursts but none of them could get themselves into the lead.

The Extentia team and Tata Motors took negatives that kept knocking them back. Infosys got the basics right and played the game well to ensure they were in the hunt. The Infogain team were in the lead going into the final question, but Infosys did well to square the quiz and call for a tie-breaker.

It sure was tense but the sporting gesture of Infosys to give Infogain a fair chance to play the tiebreaker and not play a bonus was appreciated by the audience. In the tiebreaker it was Infogain that got the answer right and moved into the western zonal.

The guest of honour Mr. Sacheen Ratnaparki, Head TCS Pune, appreciated the teams for displaying great knowledge and raising the bar with a great performance.