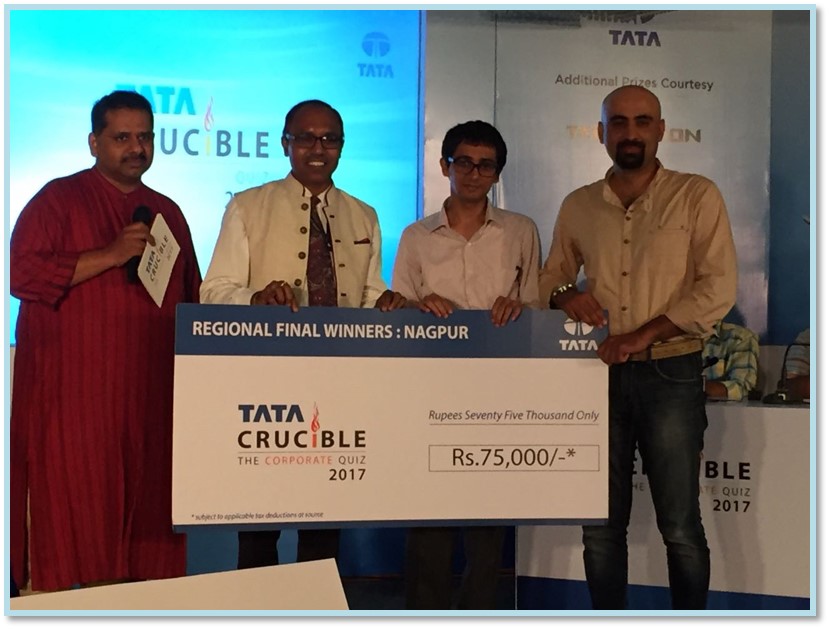 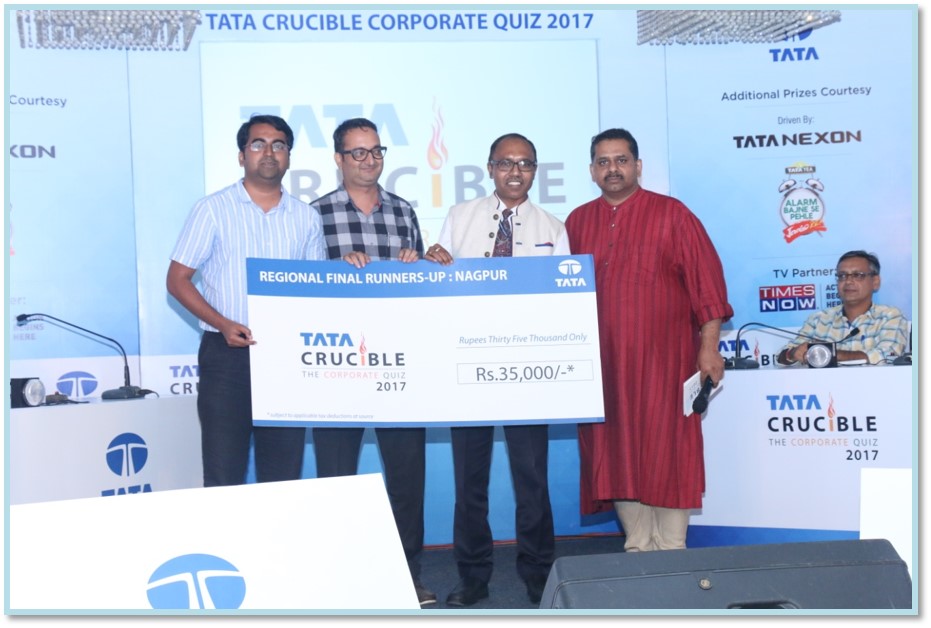 The showers in the morning can be a blessing for a day when there is a quiz. The breeze was cool and an air of expectation filled the banquet hall as it slowly ran out of space. With over 200 people this was the biggest turnout for a city with a growing quiz culture amongst a young workforce. After a quick prelim, the stage was set for the finale.

The battle was very even for the first half with no team really running away with the scores. It was TCS, BrahMos, Jain Paranjpee and HCG with their crubit counters ticking. While the ladies from TCS paid for their reluctance to press the buzzer even when they seemed to know the answers, the duo from HCG did the reverse, going for the buzzers and capitalising on everything they knew.

The HCG team went on to consolidate their position with crafty answers, eventually winning unchallenged in the final stages. The focus of the battle changes to the second spot ending in a tie between BrahMos and Jain Paranjpee, the former clinching the runner up position.

The guest of honour, Mr. Arvind Kumar, Head TCS Nagpur, applauded the efforts of the teams and spoke of the emergence of more knowledge conscious people and how the Tata’s strongly patronise that through events such at this.

The guest of honour Mr. Kiran Bussari, GM Taj Gateway, Vizag, spoke of how the city is changing rapidly and a lot of young talent are shaping that change.