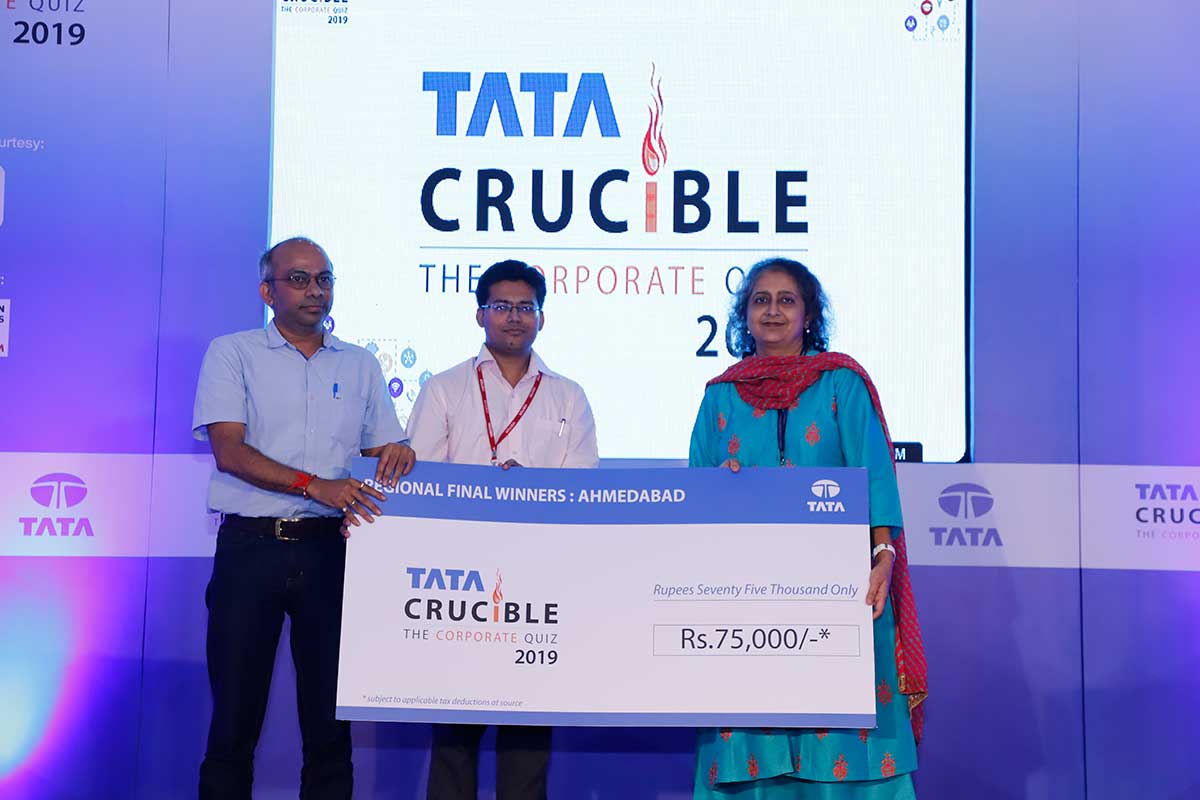 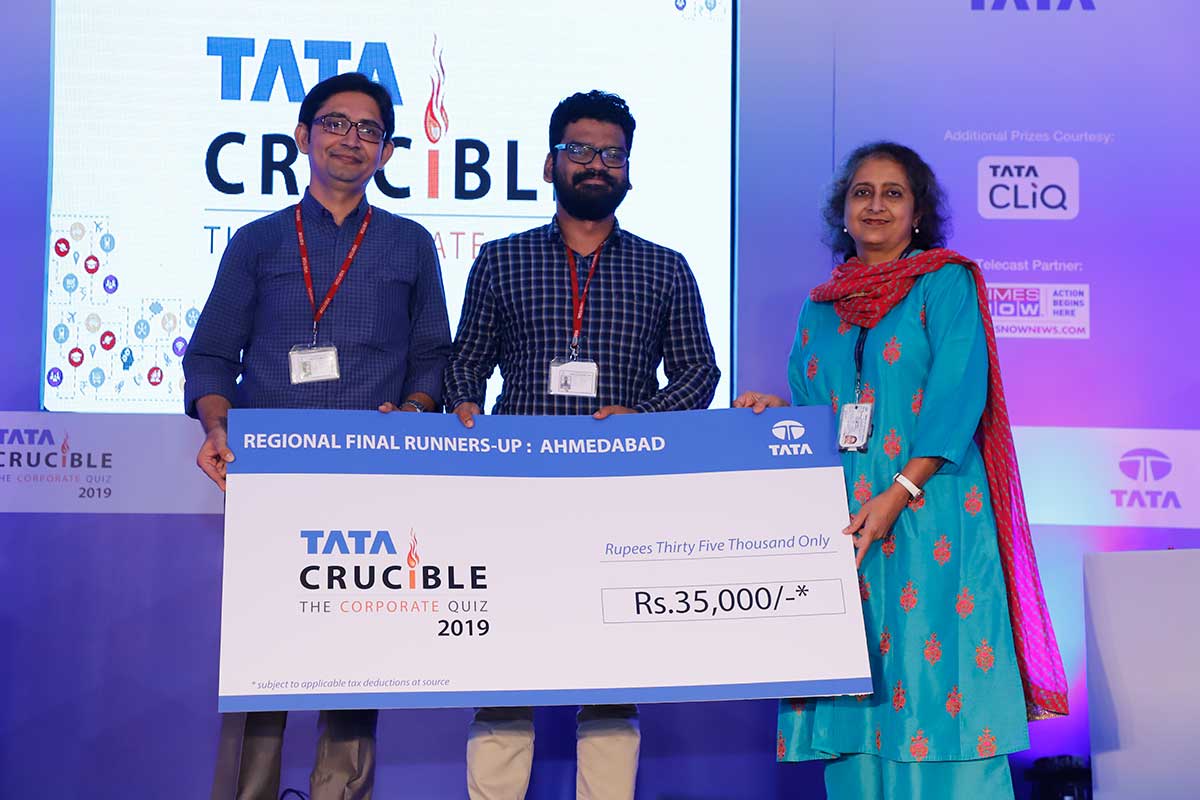 Pharmazone Dhaval Samani and Manoj B

The impressive TCS campus at Ahmedabad played host to the Gujarat edition of the quiz. Over 600 people were witnessing the quiz making it look like a school event. After a snappy prelim, the six teams that made it to the finals included:

The final of the quiz was swift and tense. The teams from Genesis and Ambalal played a high-risk game and were soon starring at high negative with the witty quizmaster quipping They are in their own league as both those teams went past a minus 200.

The teams from Triton, Nielson and Hanning were consistent with Hanning in the lead right through with some high-quality answers. Towards the middle phase and the last set of posers the duo from Pharmazone made a very good come back. They scored enough to push ahead of Triton and Nielson, both former winners of the quiz.

The chief guest Ms. Namrata Somany, Head TCS Gujarat, spoke of how knowledge would be the currency of the future as many industries get disrupted