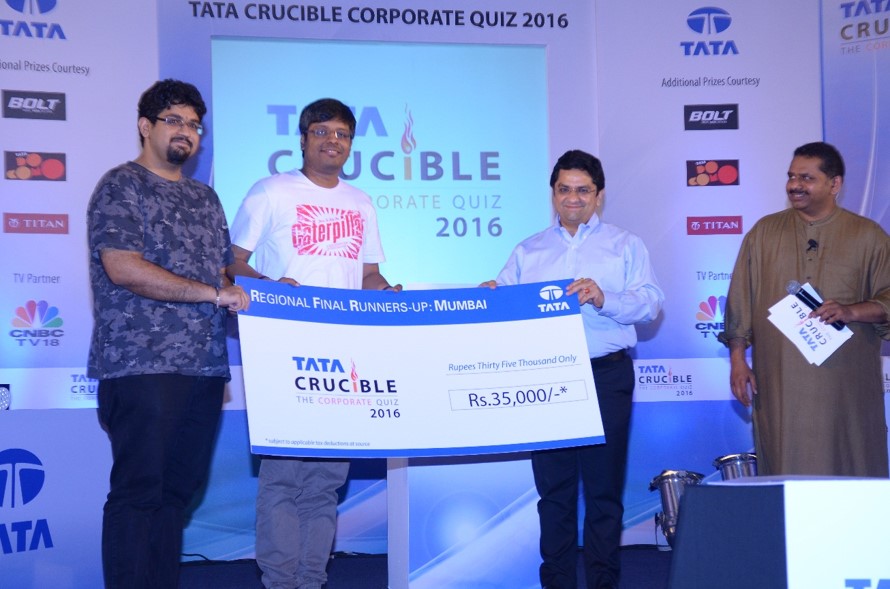 A rainy afternoon at Mumbai did not stop more than 400 quiz enthusiasts to converge at Taj Lands End for the city edition of Tata Crucible. A very crafty prelim that had clues built into the questions led to the six top teams making it to the final.

The final witnessed Tata Unistore get off to a quick start. Soon enough the seasoned campaigners from Edelweiss got into the act and started scoring. Others teams did well in bursts but only Star India made progress beyond a point.

Even they could not sustain the momentum and the battle was soon between Tata Unistore and Edelweiss.

As both teams progressed into the final round, with barely two questions to go they were locked on the same score. Edelweiss took the plunge on the penultimate question and clinched the final.

Mr. Brotin Banerjee, MD and CEO, Tata Housing spoke of how a young India was rising and the event reflected the same. He congratulated the finalists and distributed the prizes. The winners will go on to represent Mumbai in the Western zonals.