Edelweiss sail through from Mumbai 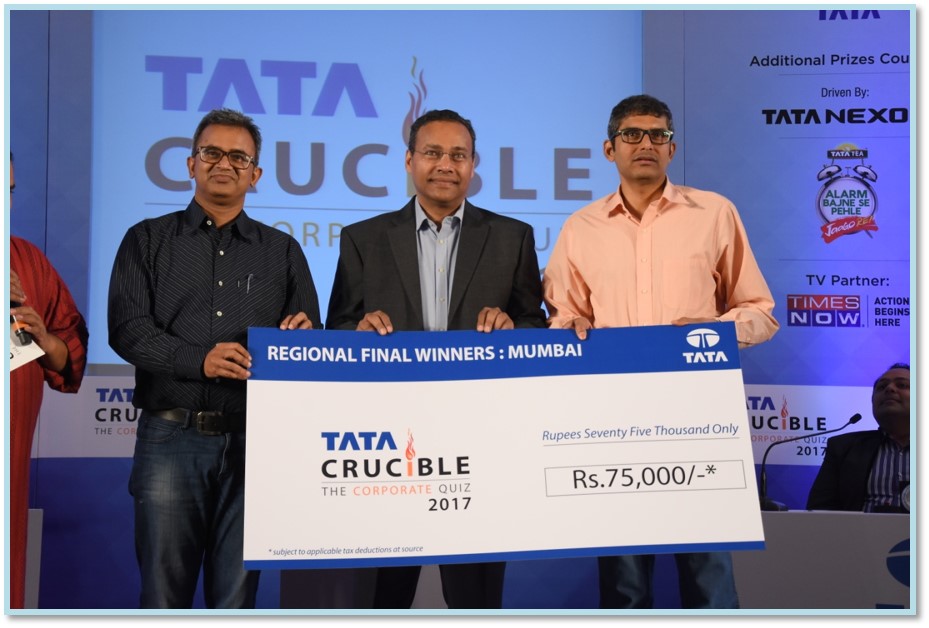 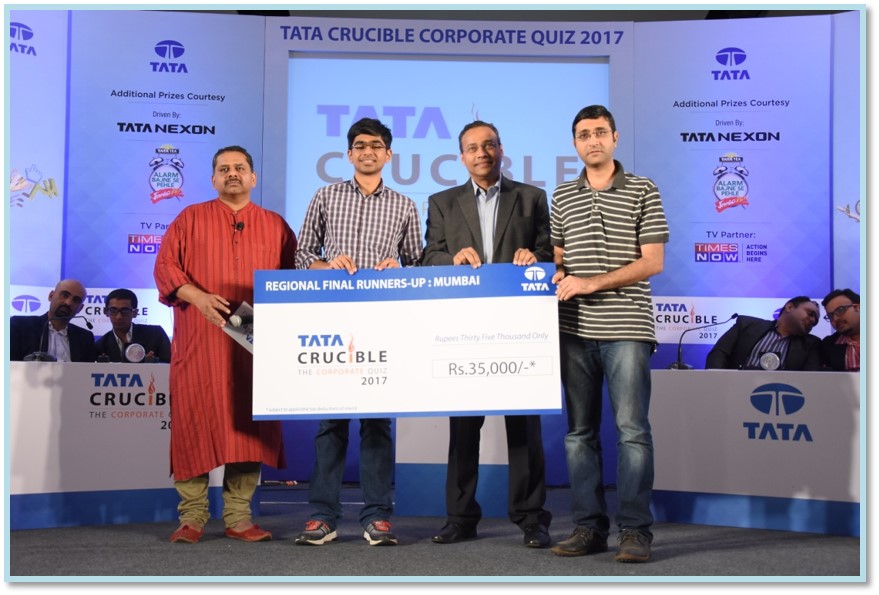 The amazing ballroom at Taj President was the perfect setting for the 300 odd people gathered in final city of the 2017 edition of Tata Crucible. The prelim was tricky and set the stage for the final. The teams that made it were:

The final witnessed a three way battle for most part of the quiz between the two teams from Edelweiss with Amazon not far behind. Axis Bank played well but took many negatives that erased all the good answers.

In the second phase of the quiz, Rajiv and Anil moved ahead with some truly brilliant answers that powered them to the top spot. Towards the end it was HSBC that stunned the audience with a classic comeback to level scores for the runner up position with Edelweiss Financial and Axis Bank.

On the final question they went for kill by taking a bonus and besting the other two teams in a tie-breaker to clinch the runner up position. The guest of honour was Mr.Mukundan, MD and CEO, Tata Chemicals who spoke of how keeping the mind active with constructive thinking ensured one stayed young.