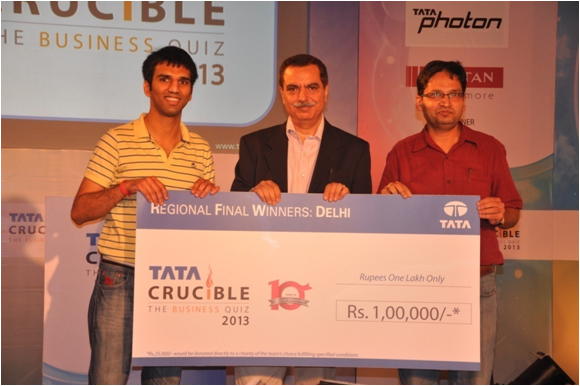 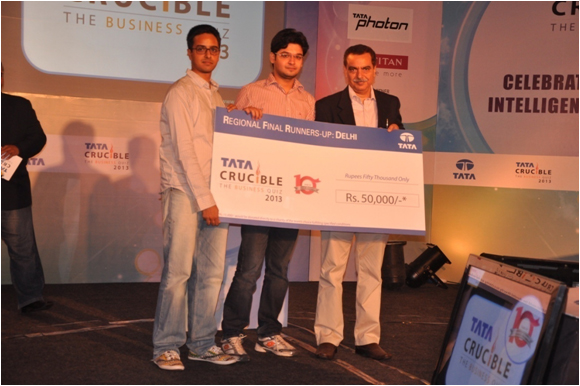 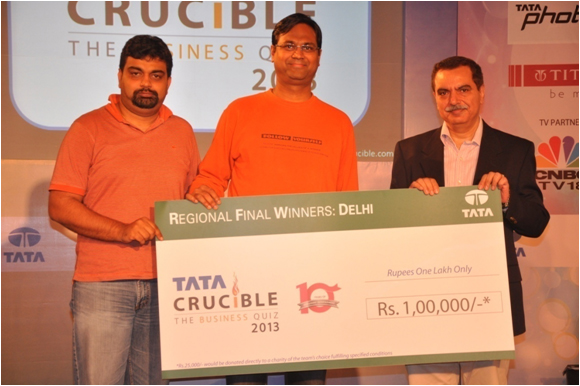 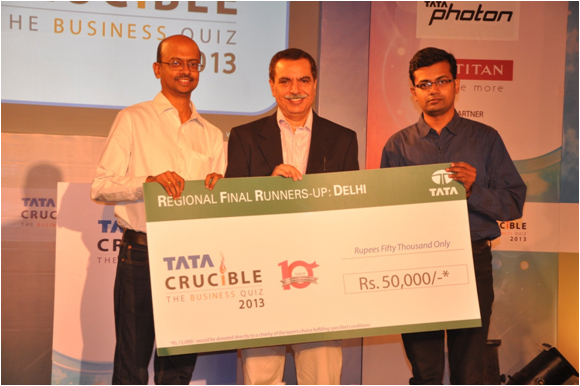 The Taj Palace at Delhi has been the traditional venue for the Crucible each year and unfailingly this huge city turns up for its favourite quiz with great passion and intent, to take part and to cheer great teams and good questions. The prelim of 25 questions led to the following finalists.

The Tata track of the quiz was crisp. Four time champions TCS with Abhinav and Anurag flying in from Germany to defend their title were in impeccable form as they marched straight into the final yet again. The second place was a close fight between Tata Power and TCS with Jaganathan and Mirza Farhan, the latter winning it on the final few questions.

The external track was a very absorbing battle which AMSS, Oracle and NTPC looking good early on. As the quiz moved from one round to another and the buzzers playing a role, AMSS could not find the momentum as the other two moved ahead steadily. It all came down to final two questions and NTPC had to settle for the runner up title taking a negative on the final question.

The guest of honour Mr.Tej Paul Bhatla – Vice President and Deputy Head of TCS North India appreciated the teams for their performance and gave away the prizes.