Cluster 7 : SBI impresses in the south 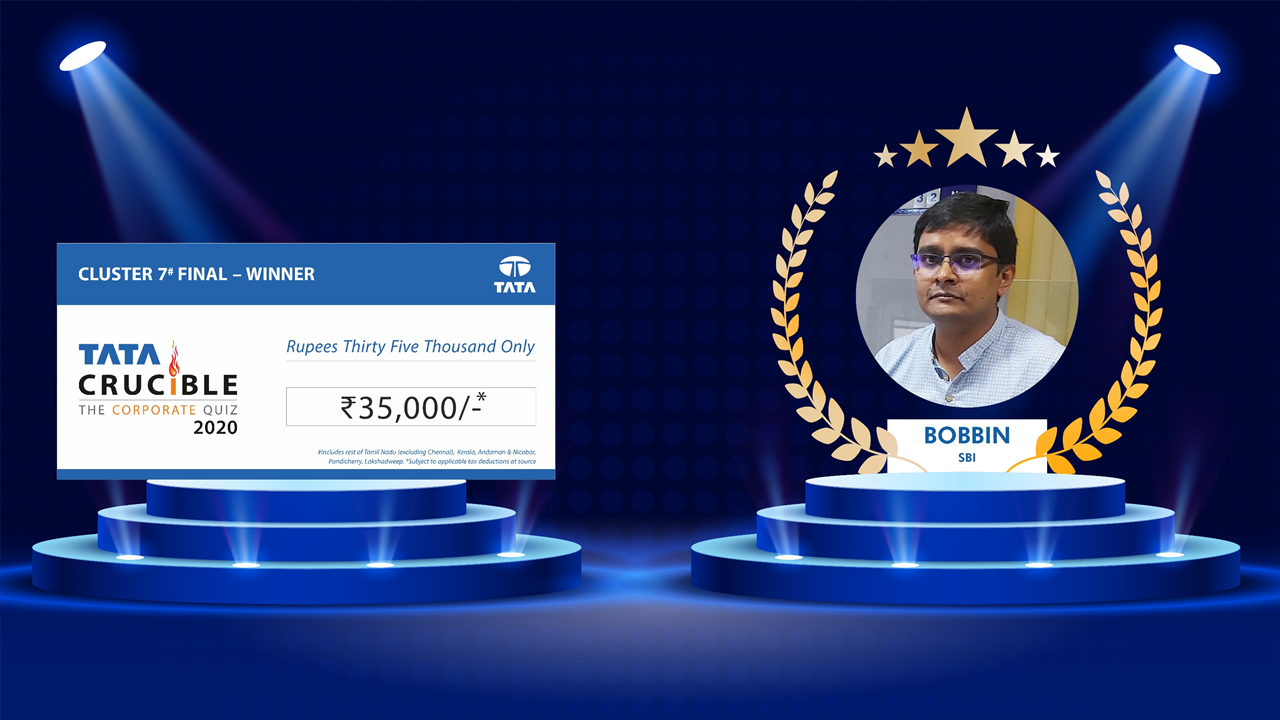 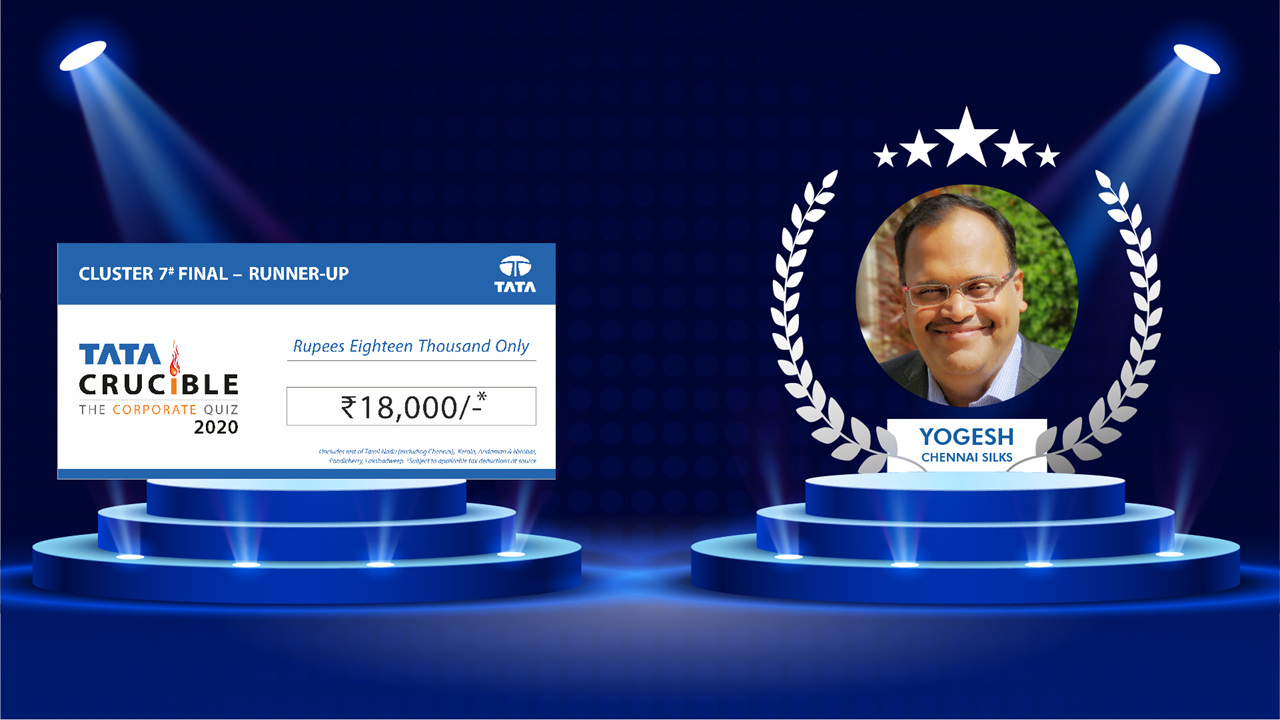 The south India cluster of Tata Crucible that covered Tamil Nadu sans Chennai, Kerala and the union territories in the south, was a riveting battle and a true treat the watch. Pickbrain started the quiz with his trademark witty comments about the beautiful terrain the cluster represented before moving into a mode where he had the contestants at the edge of their seats.

The quiz featured some regular quizzers from the region as also a multiple time regional champion and former national champion in Yogesh Pai. He sure lived up to his reputation and put up a sterling show but that was not enough to contain what turned out to be a display of brilliance and confidence from Bobbin Jacob of SBI from Kerala. While the latter won the quiz convincingly, Yogesh had to settle for the runner up title. Vedhi played well too but needed some more hits on the buzzer.

The guest of honour Mr.Dinesh Thampi, Vice President and Head TCS Kerala spoke of how important it is to keep moving forward during difficult times. He particularly spoke of how industries like travel and tourism were bracing for the future with innovation and technology solutions powering their plans. He appreciated the contestants for the amazing quiz as he gave away the prizes.