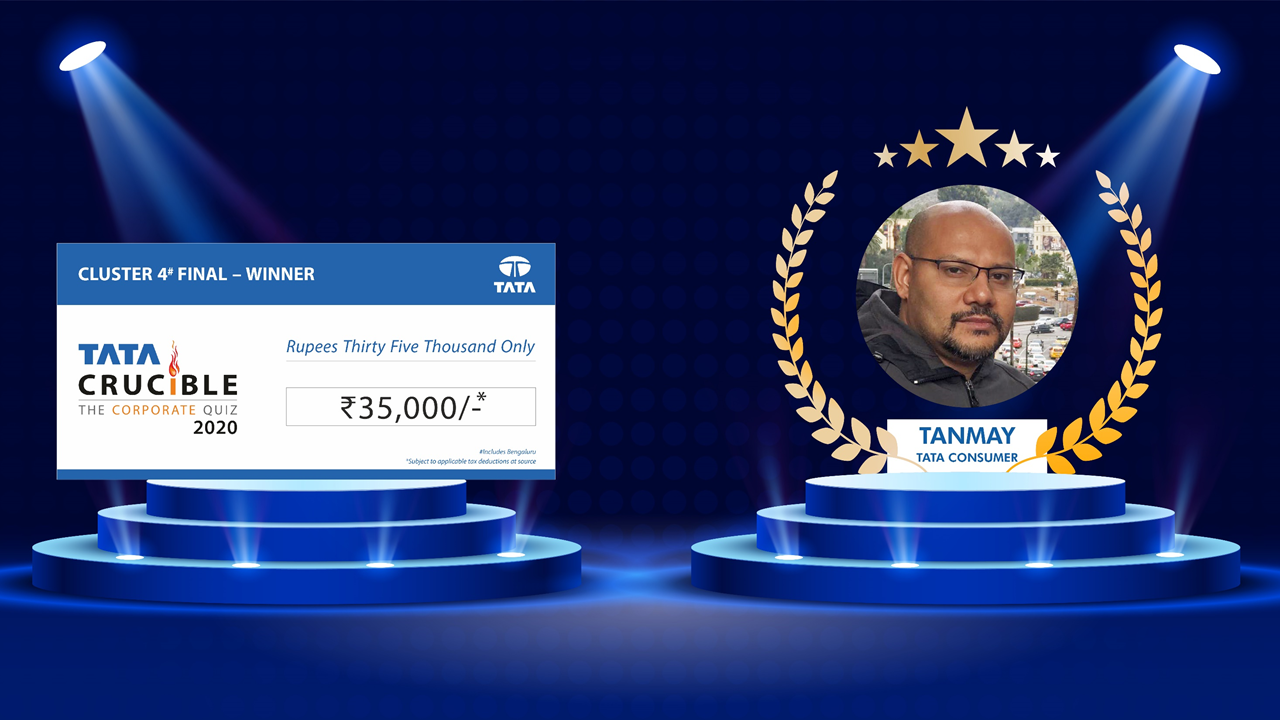 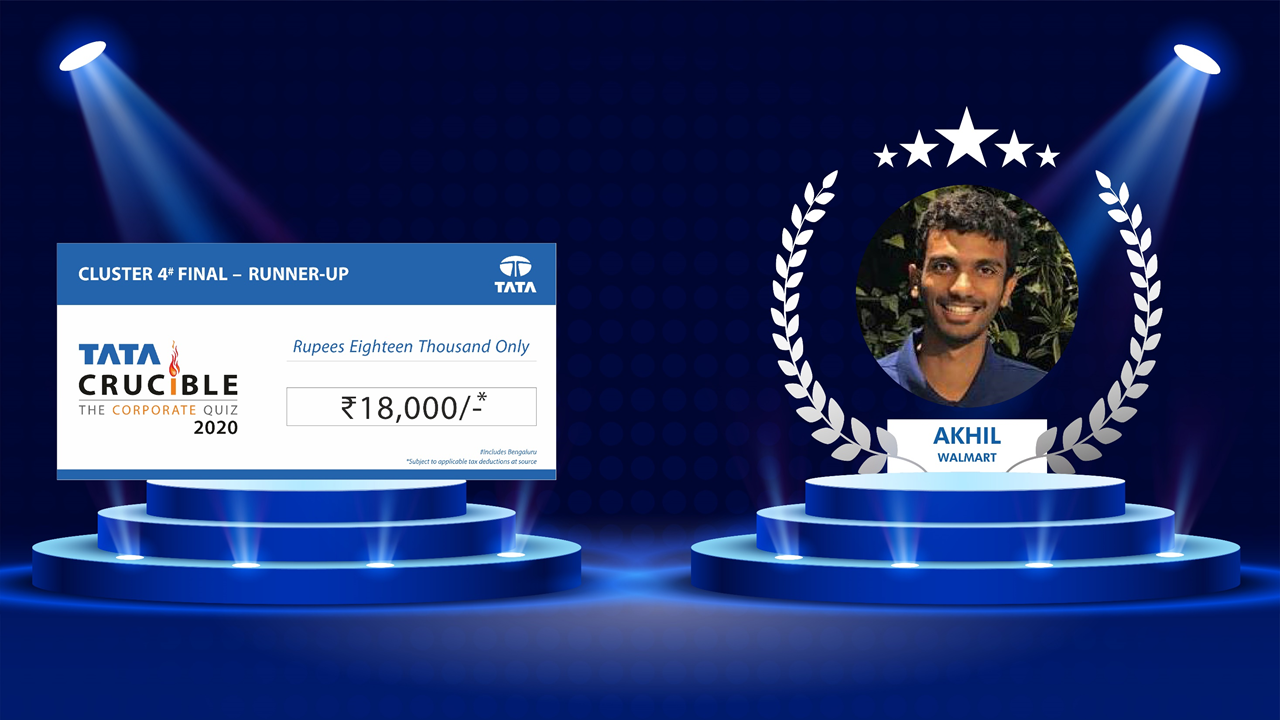 The Bengaluru cluster of Tata Crucible has always been a highly contested, top quality city for the quiz. Given the large number of contestants this location always has, the finale was bound to be a notch tougher than the other clusters. Noted quizmaster Pickbrain was at his best as he raised the bar hosting a fantastic finale.

The quiz itself was an absolute cliff hanger, with Shresth, Venkatesh, Tanmay and Akhil all with an equal chance to win the quiz even as only a brace of questions remained. It was Akhil who was in the lead followed by Tanmay but young Akhil who is in first ever corporate edition of a Tata Crucible allowed the excitement to get the better of him as he took a negative and “gifted” a tie-breaker to Tanmay as Pickbrain put it.

The seasoned Tanmay took full advantage of the toe hold and won the tie to clinch a title he thought he had lost. While the quiz was brilliant it was observed that most of the finalists were former winners of the quiz at regional levels, some at the national too, underlining how competent they were.

The guest of honour Mr. Ajoy H. Chawla, Chief Executive Officer – Jewellery Division, Titan appreciate the contestants for the superb finale and their knowledge spectrum. He also applauded the efforts of all the organisers and the quizmaster for adapting so seamless to the digital medium and producing a class act.