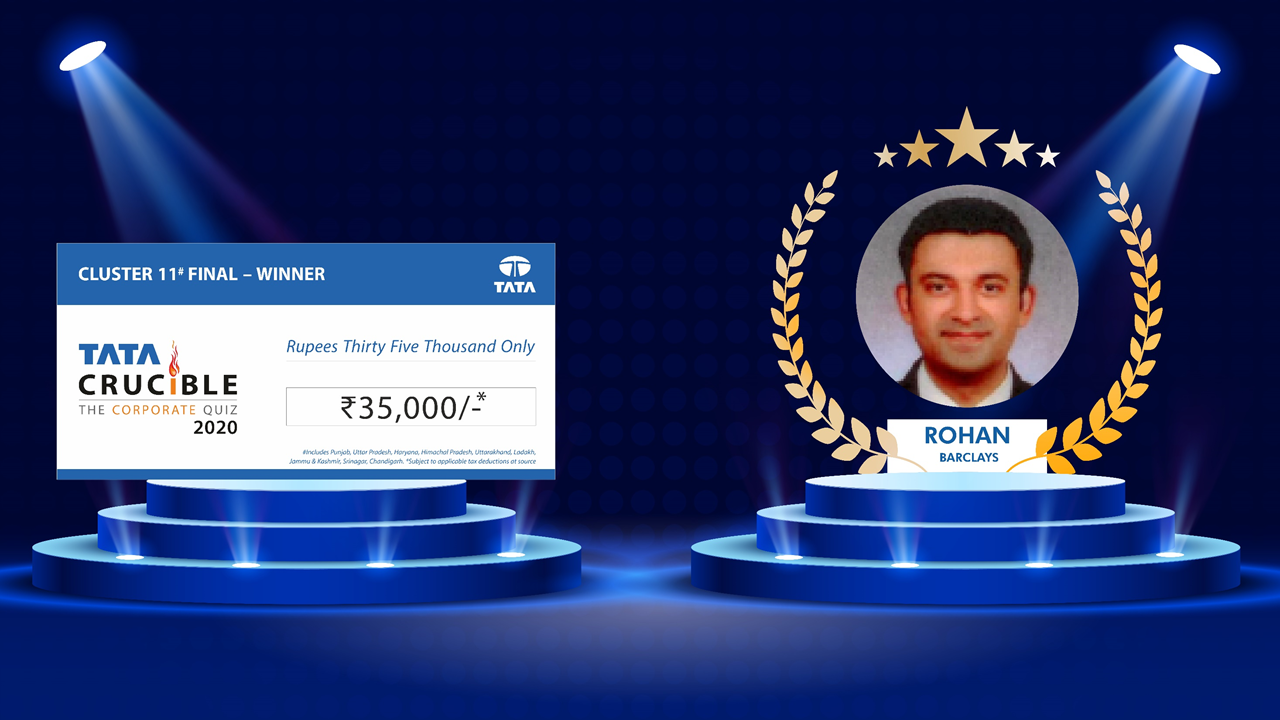 The northern cluster of the states covering Lucknow, Chandigarh, Noida and Gurgaon have always been a great treat to watch. It featured some of the regular stars from Chandigarh while the wild cards saw a few of the NCR regulars crash out.

The quiz showcasing a set of seasoned names was bound to be close. It certainly started that way with all of them almost on the same scores, as they crossed the first round. It was here that Rohan took the initiative and blazed away into a lead that would take him close to a national record score. Knowing he had clinched the battle he stayed calm in the final frontier, to allow the others to battle for the second place. That battle went into a tie breaker with Ayush prevailing over Manu to emerge as the runner up.

The chief guest Mr. Tej Bhatla, Vice President and Head, Public Service Business from TCS, spoke of the need to always be prepared for the unexpected, be it at a quiz or with life. He expressed his admiration for the manner in which the contestants had displayed their knowledge spectrum.