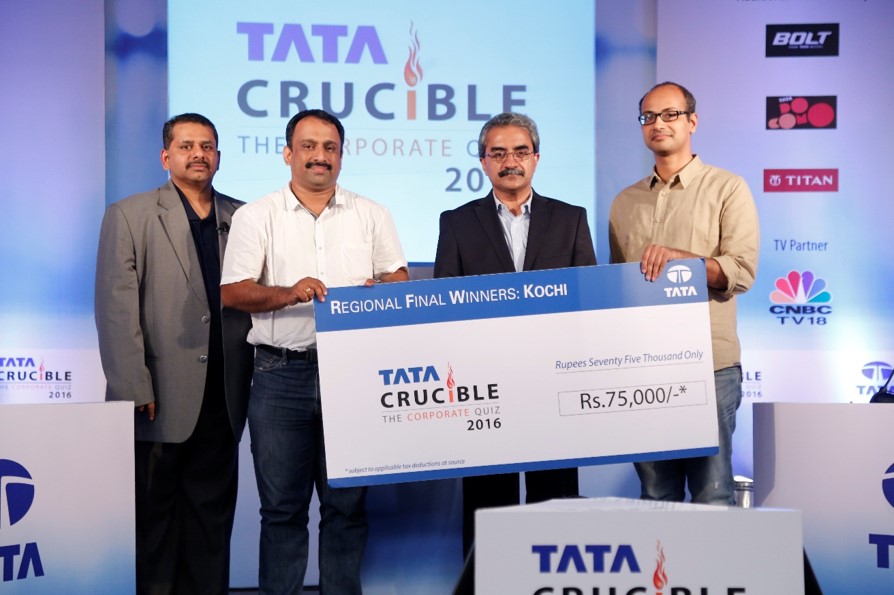 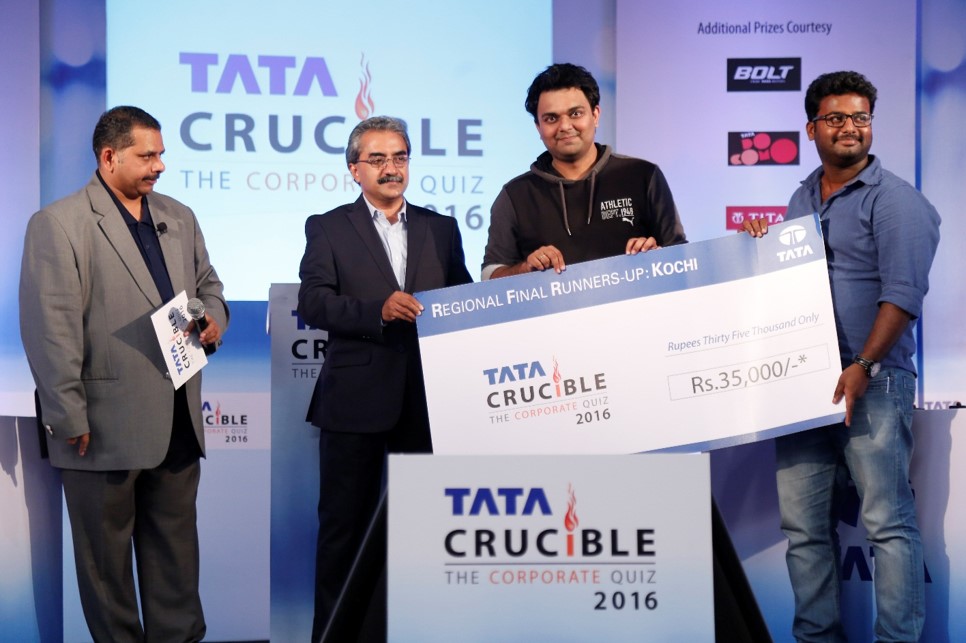 The Taj Gateway at Kochi was abuzz in anticipation of the city edition of Tata Crucible.

Quizmaster Pickbrain was underway quickly in true business-like fashion, as he dished out a prelim that was very balanced, covering a wide gamut of topics, that forced the teams to think. The six that made it to the final were:

The final was a wonderful experience for the entire gathering. It began with all teams playing well and as the quiz moved rapidly from one question to another the duo from AMUL and EYGBS were in action taking shots at the questions, at will.

In the two segments that followed Malayala Manorama, started slowly but surely and did not take a single negative unlike AMUL and EYGBS who both gained and lost. The teams from FACT and the professors from SCMS did well, but only in bursts.

The Malayala Manorama team did nothing silly and held on to become champions, yet again. They now move to the zonal at Chennai. The duo from AMUL took some gutsy chances towards the end and inched past the others to finish runner up.

The guest of honour was Mr. Dinesh Thampi, VP and Delivery Centre Head, TCS Kerala spoke of how such quizzes brought to light new companies and their business models while giving insights into what big corporates were doing as well.