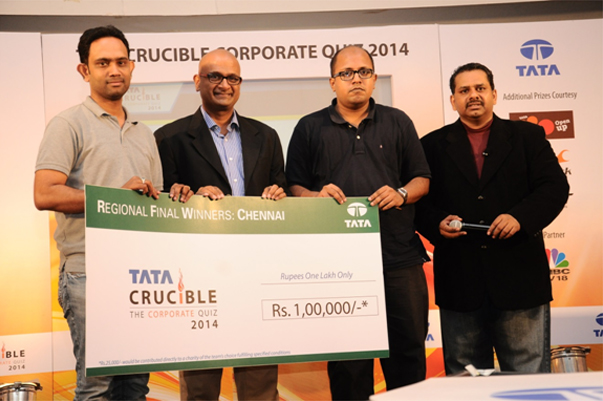 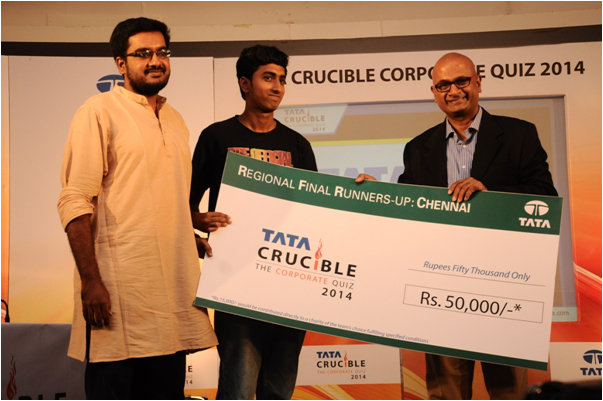 A large gathering at Vivanta by Taj at Chennai instantly made one understand how keen the quizzers are in this city. Well before the quiz started they were at the lobby having last minute exchanges of facts and notes gearing up for the big evening.

With over 100 teams and many quizzing veterans in the fray, the seasoned quizmaster Pickbrain rose to the occasion to deliver what would easily be one of the toughest prelims thus far for the season. From the top ten teams the wild card round brought out the final six.

The final was tense and closely fought as teams all scored and lost points in the first couple of questions indicating how cautiously the teams approached the new format of the quiz. In the early rounds it looked like Sun TV, Madras Metallurgical and TCS making headway but soon enough Cognizant came up with some good answers to get into the fray.

The scene remained the same except a few good answers powering TCS into the lead and they consolidated with one or two good answers and chose to play out the remaining questions securing the zonal berth. The second place battle went down to the final questions resulting in the Latent View duo inching past the others.

The guest of honour Mr. Ravi Viswanathan, President Global Markets and Head TCS Chennai, was witty in summarising the final on how questions on bell bottoms made him feel ancient. He applauded the teams and the new format of the quiz and gave away the prizes.