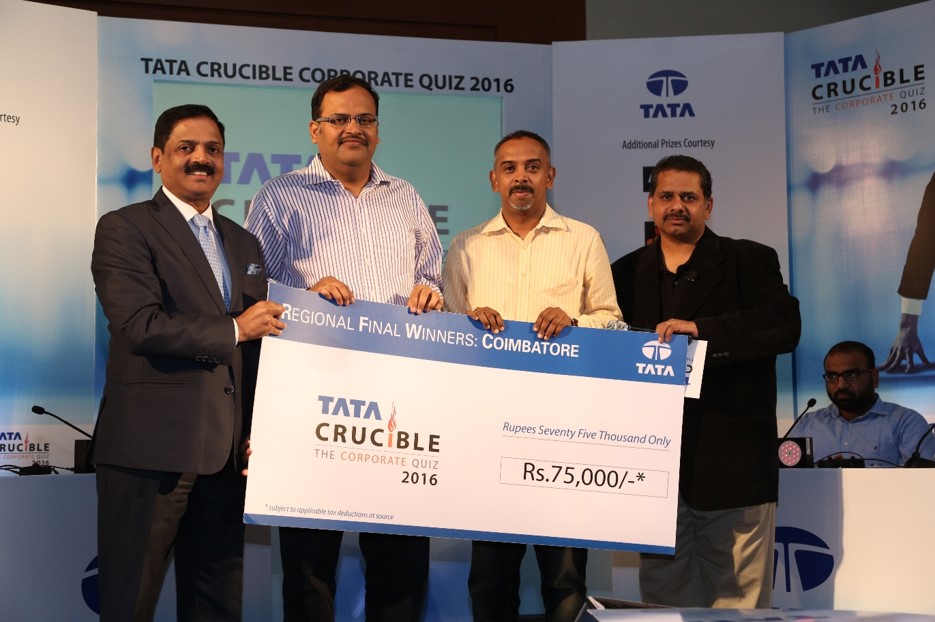 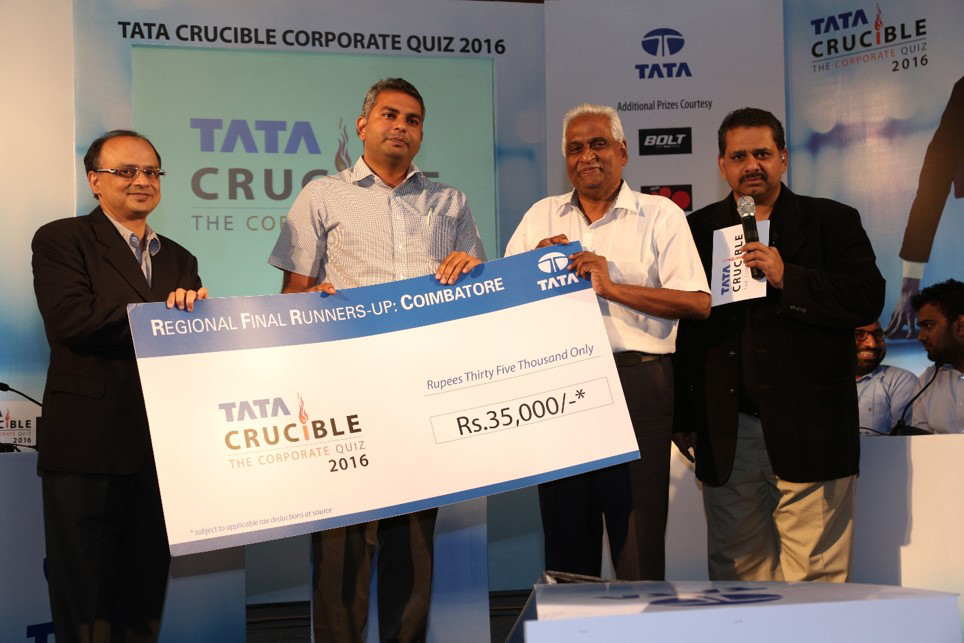 Brookefields : Ashwin B and Balasubramaniam

The enterprising city of Coimbatore, known for its business acumen and talented work force turned out in large numbers for the city edition of the quiz.

Interestingly, there were a lot of school and college students too in the audience reflecting on the interest and popularity of the event.The finalists at Coimbatore were:

The final started with none of the teams blazing their way with all teams playing with great caution and care.

It was well into the first phase that the father and son duo from Brooke Fields got into the lead. The prolific Chennai Silks were right behind them.

The other teams scored in bursts but could not find too many opportunities on the buzzer with these two teams in a neck and neck battle. Chennai Silks then came up with some really good strikes to build a marginal lead.

Brookefields, however, came back again in the same fashion and were threatening Chennai Silks to the very end. The Chennai Silks team though held their own to win the quiz.

The guest of honour Mr. B. C. Kumar, GM, Vivanta by Taj Surya gave away the prizes and spoke about how a smart-city like Coimbatore was a cosmos of several types of industries from textiles, technology, hospitality, education to manufacturing.