Chandigarh – Infosys inches past at Chandigarh 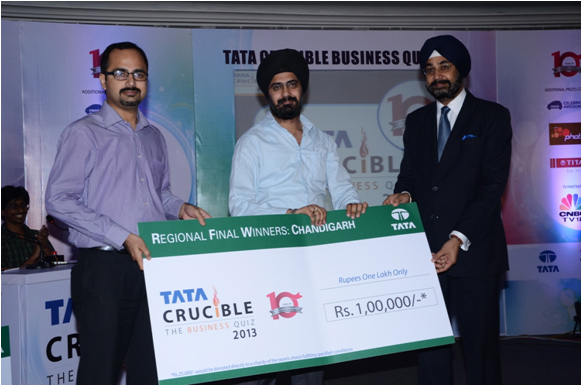 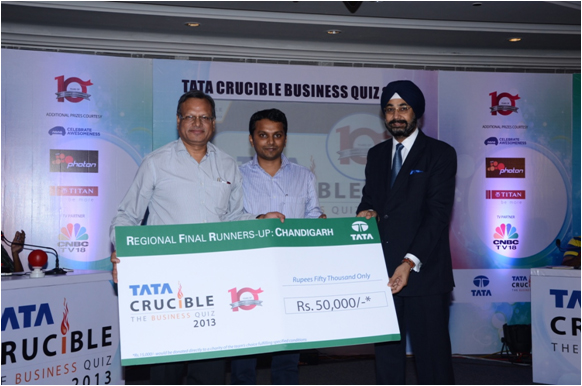 The Taj at Chandigarh was abuzz. It wasn’t however the setting of a party at this famous city hotel. Teams poured in for the city edition of Tata Crucible, celebrating its tenth year. Quizmaster Pickbrain opened the evening with a prelim of 20 questions that saw teams score quite well. The finalists were:

The early rounds of the quiz saw the duo from Infosys (Manu and Jaspreet) score quickly and establish a good lead. In the rounds that followed BPCL started closing in on them while Mind Tree were scoring at regular intervals.

In the next couple of rounds BPCL did well to get ahead of Infosys and looked all set to win the quiz as Mind Tree started closing in on Infy. However, as the quiz moved into the final round the duo from Infy took their chances and came up with some fantastic answers to draw level with BPCL and on the final question clinched the title.

The hallmark of the quiz was the amazing wit and sense of humour by the quizmaster who kept the audience in splits and the young college students who ‘dropped by’ to win a few prizes and warm up for the campus edition in 2014.

The guest of honour was Mr.Surender Singh the Head of Taj Chandigarh urged the young corporates to “Pursue honestly, integrity and hardwork and all milestones would be reachable” he said.