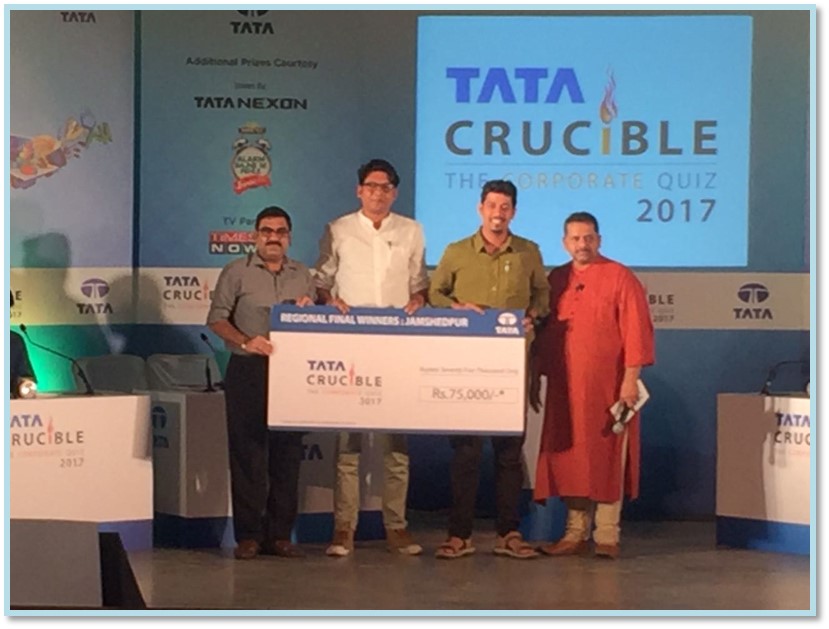 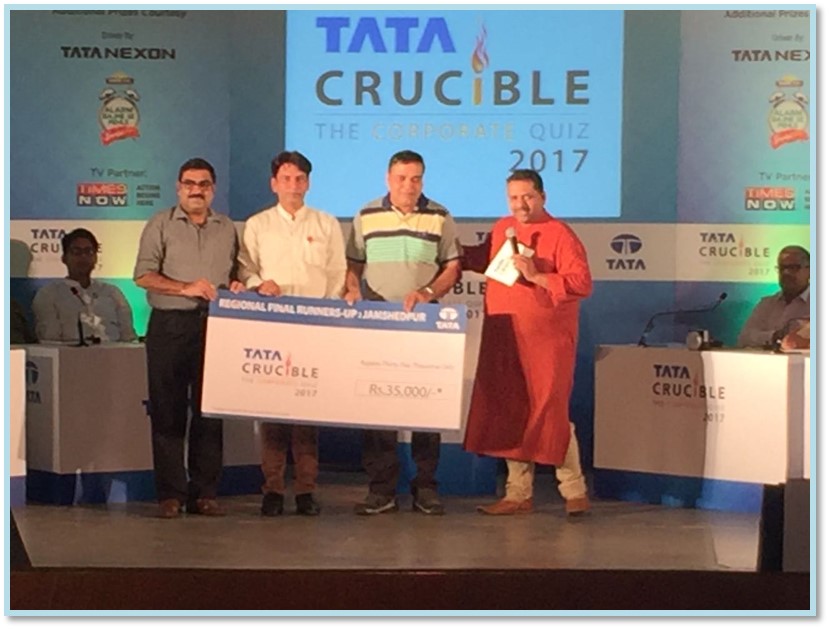 A cloudy Sunday morning, with the possibility of rain, seemed a perfect setting in the steel city of Jamshedpur, for a tight battle between top corporate quizzers of the region. Quizmaster Pickbrain had left a year ago with a promise to deliver tougher questions given the talent here. He did not fail with his memory as he dished out a well-balanced, high standard prelim. The six teams that made it were:

The finalists who made it comprised of new teams and young talent, so much so that three former national finalists crashed in the prelim level itself adding to the interest level of the quiz.

The final saw the team from Jusco make early in-roads but the team from Bokaro Steel with Kispotta and Anand Raj were good on the tactical side, playing high values to gain ground quickly.

The team from Rourkela and the Tata Steel teams battled hard but could not reach close to the very well prepared Bokaro Steel. They all had to battle for the second spot which eventually went to Rourkela Steel. For Bokaro Steel this was like a redemption year quipped quizmaster Pickbrain, for they had lost a very close final a year ago.

The guest of honour Mr. Sandeep Dhir, Chief HRM, Tata Steel appreciated the teams and commented that “Every time you interact with youngsters these days you find them better than when you interacted with them last,” indicating at how sharp the young corporates were.