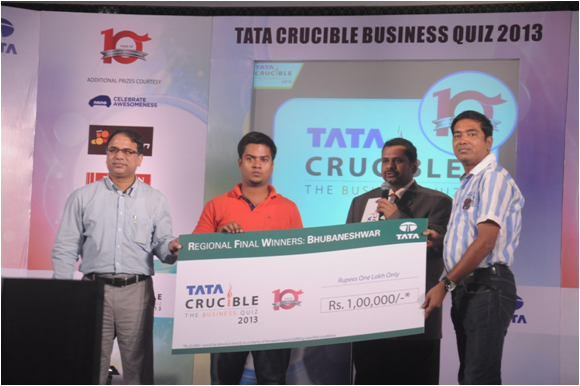 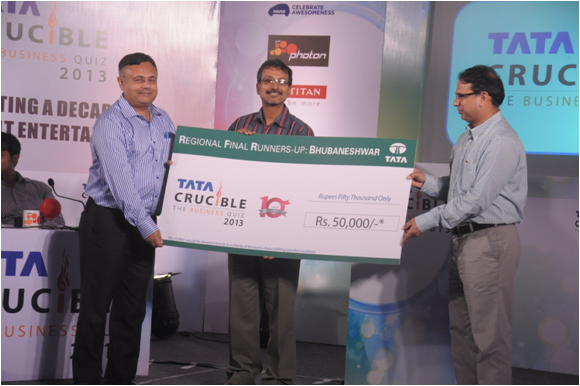 The scene at the Mayfair hotel lobby was like that of a conference for corporate. Cars zoomed in and corporates walked briskly to register themselves, this time around for a quiz. In walked quizmaster Pickbrain with an equally corporate appearance to quickly get everyone down to business. 20 prelim questions were posed to all the teams from which the following six made it to the finale.

The quiz started with the two professors being wished a Happy Teachers Day by the charming and witty quizmaster and they chose to celebrate instantly by cracking a couple of questions putting themselves into an early lead. P&G and Class Odisha were trailing them for the first couple of rounds as the battle moved into the buzzer phase. With two rounds to go it seemed like a perfect day for the two professors who were leading handsomely but reluctant to push the buzzer.

In the round on lateral thinking the duo from Reckitt Benckiser slammed a couple of very good hits to bounce into the quiz from nowhere. Sounding prophetic the quizmaster warned ‘is there is twist to the Odisha tale’. In the next round that followed the professors the duo answer couple more questions to get past the XIMB team and clinch a memorable victory.

The guest of honour was IAS officer Mr.Vishal Dev who encouraged the teams with his positive outlook for the state and also said “This state has great talent in you, it is for you to make this one of the best in the country”.