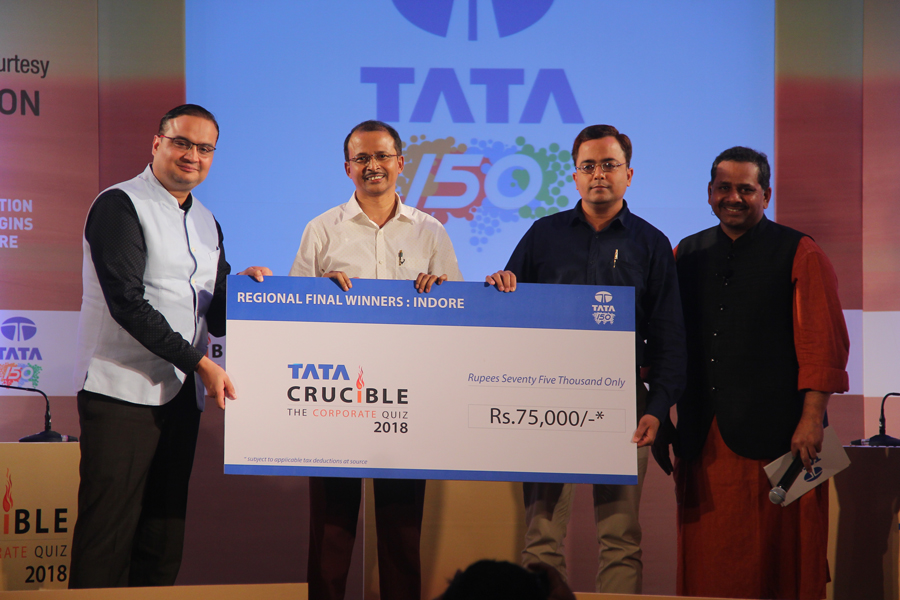 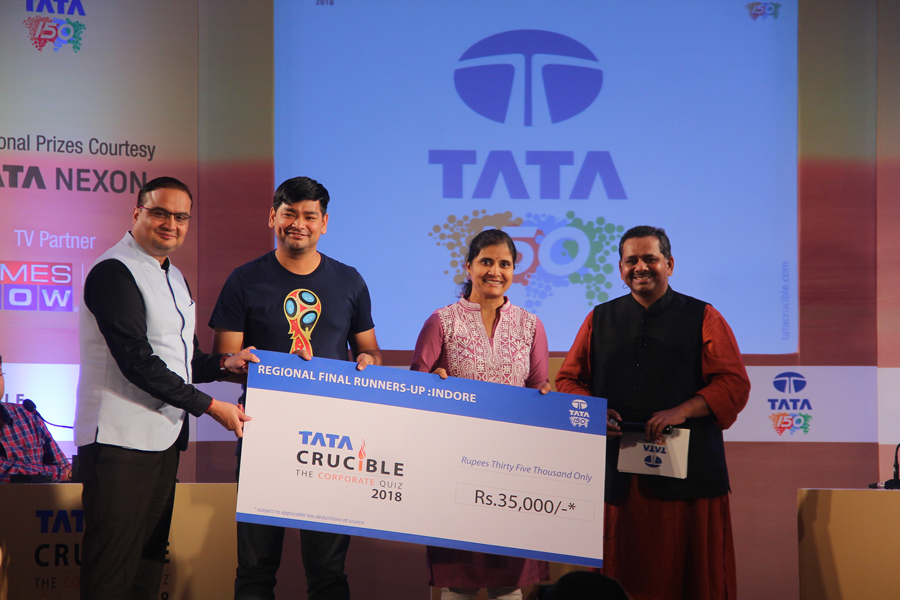 The climatic conditions looking similar to what India would expect before a test match at Lords. Overcast skies, winds and the hint of a drizzle. Pickbrain walked in to a huge applause and after a quick brief about the 150th year of the Tata’s and the 15th for the quiz he set the tone for the prelim. After a quick prelim, the finalists who made it onstage were:

The final started with defending champion BHEL getting off to an early start. RS Power who were also former champions closed in quickly while the Jigyasa team soon found themselves in the negatives at minus 250. While BHEL build a steady score, the others kept trying to get past them.

The Jigyasa team soon hit a good patch and buzzed their way into the game. As the quiz moved to the final phases the RS Power team got ahead of BHEL but just for a brief moment as BHEL came back strongly and closed the quiz with two brilliant strikes. RS Power and Jigyasa seemed to be heading for a tie for the second slot but a clear RS team played strategically and ensured they called the runner up title.

The guest of honour was Dr.Abhishek Mishra from IIM Indore. He spoke on the importance of keeping our blinkers in check as we open our minds to a rapidly changing world around us. He specifically appreciated the Tata’s for a cerebral venture like the Tata Crucible.