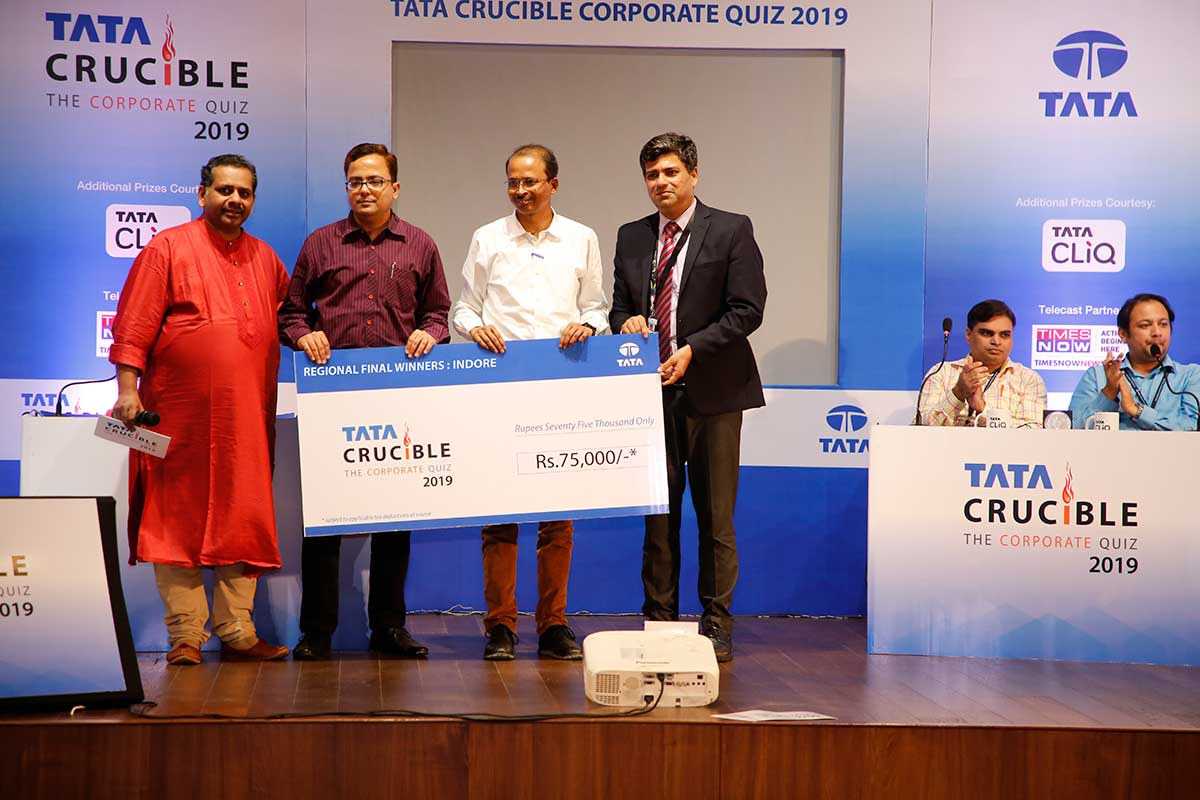 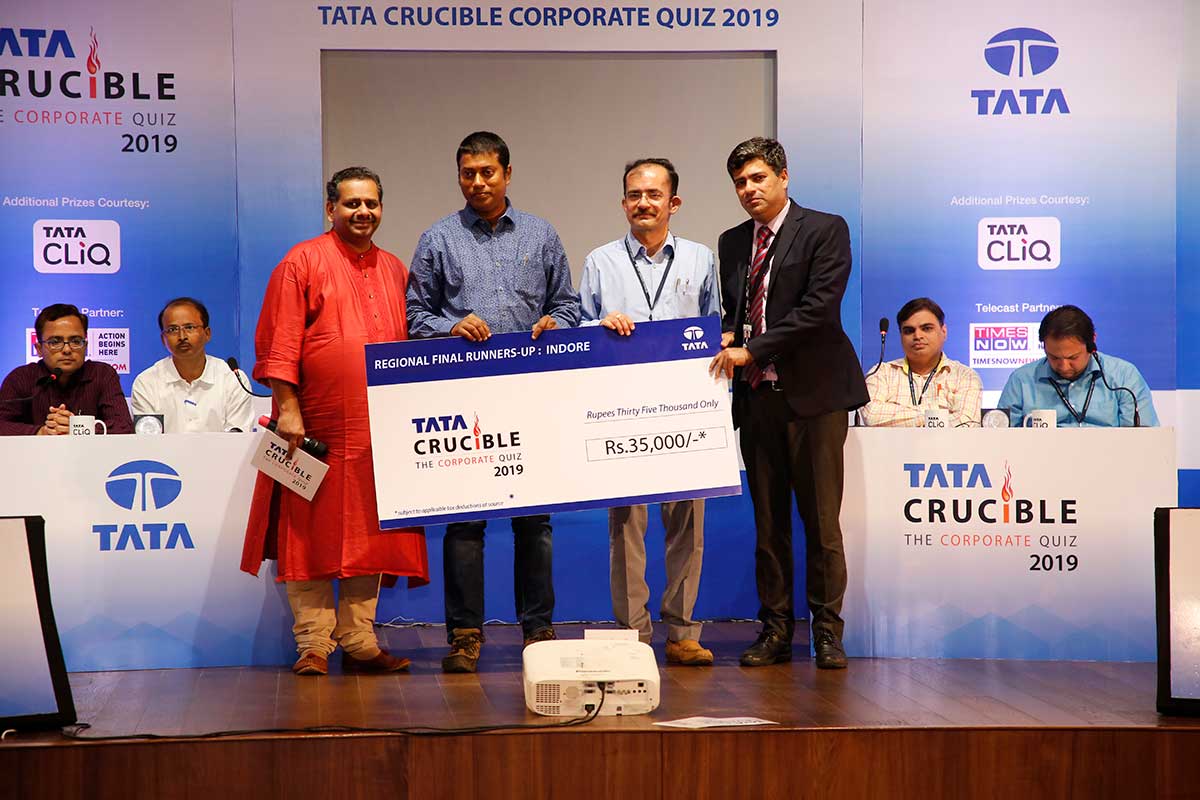 The amazing TCS campus at Indore played host to the city edition of the quiz. The campus which looks more like a resort reflects the Narmada flow with water bodies adding to the splendid beauty of the location. Over 200 people were witnessing the quiz with a few college students turning out to watch the quiz as well. After a snappy prelim, the six teams that made it to the final included:

The final of the quiz was extremely close, tense and reflected a high calibre among the teams. The quiz saw BHEL, the defending champion team along with NTPC doing well in the early rounds of the quiz.

The teams from Connekt, RS Power and CH Group did well and were consistent with BHEL still in the lead almost right through with some high-quality answers. The NTPC duo did very well to stay in the hunt but fell short by a couple of questions in the end. The defending champions did two things which helped them win again. They kept scoring and did not play a wait and watch the game. They also ensured they did not take too many negatives during the final.

The chief guest Mr. Amitabh Tewari, Centre Head, TCS Indore, Patna and UP while appreciating the quiz drew parallels with how these cities had enormous talent. He pointed out rightly that the B&C towns attached a lot of importance to education and now with large corporates coming to these cities, the opportunities were huge for these cities. He also spoke of how TCS itself would be growing in these areas offering a lot of scope and choice for the younger generation.