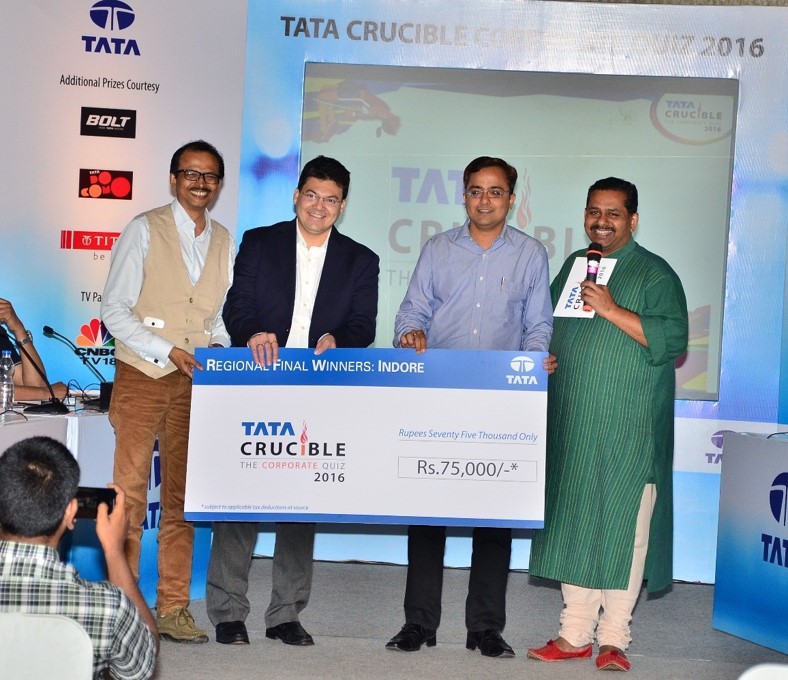 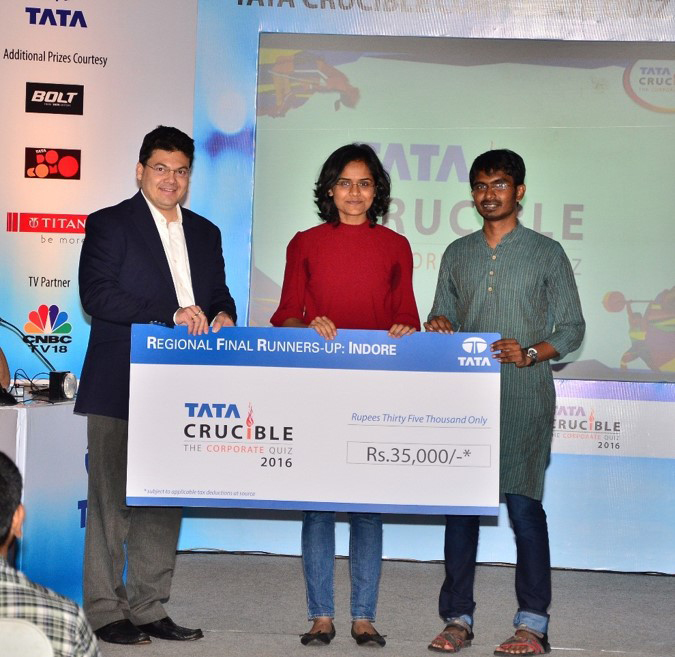 A rainy afternoon was no barrier for close to 200 quiz enthusiasts at Indore who were a part of the city edition.

An interesting and not so tough prelim led to the six teams that made it to the final.

The final witnessed BHEL get off to a quick start. Soon enough a young start-up, Trois, did make a catch up bid but could not cross a strong BHEL.

Others teams that did well in bursts included NTPC, Charismatic and Capital Constructions but none of them could get close to BHEL who kept scoring with relative ease.

The defending champions Connekt were off colour and could not do much this year. BHEL got the basics right and played the game well to ensure a victory for themselves. The young Trois team finished a credible runner up.