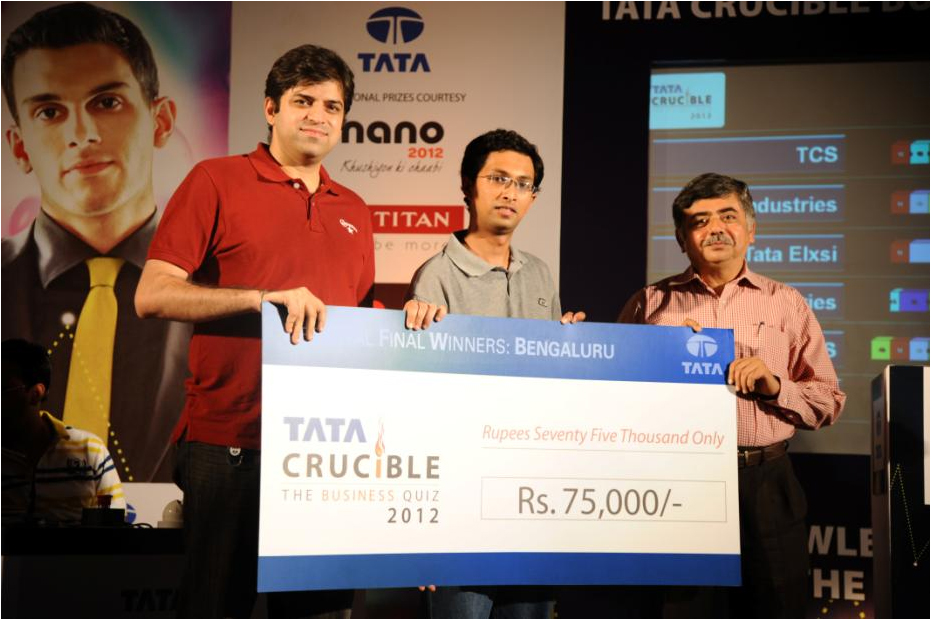 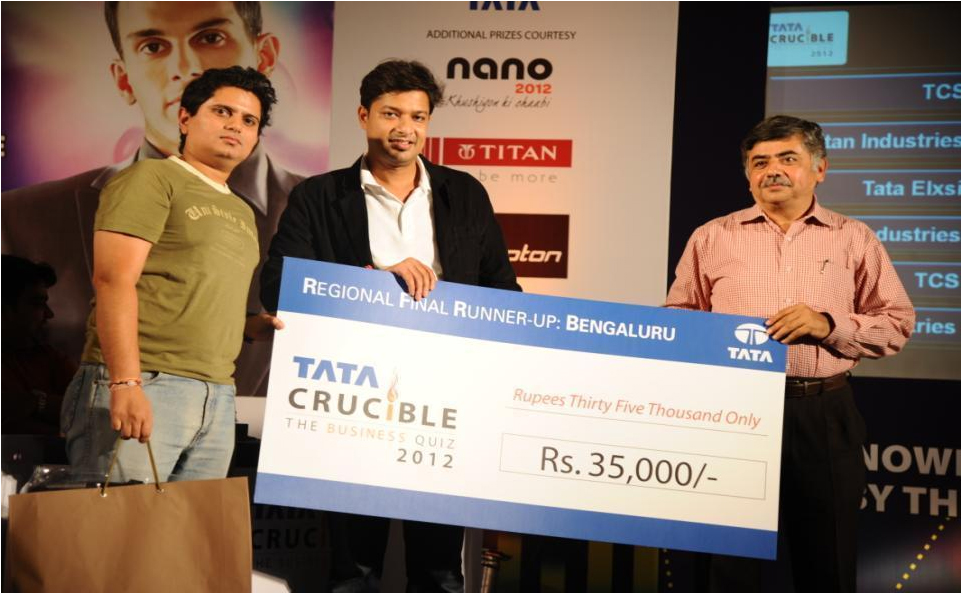 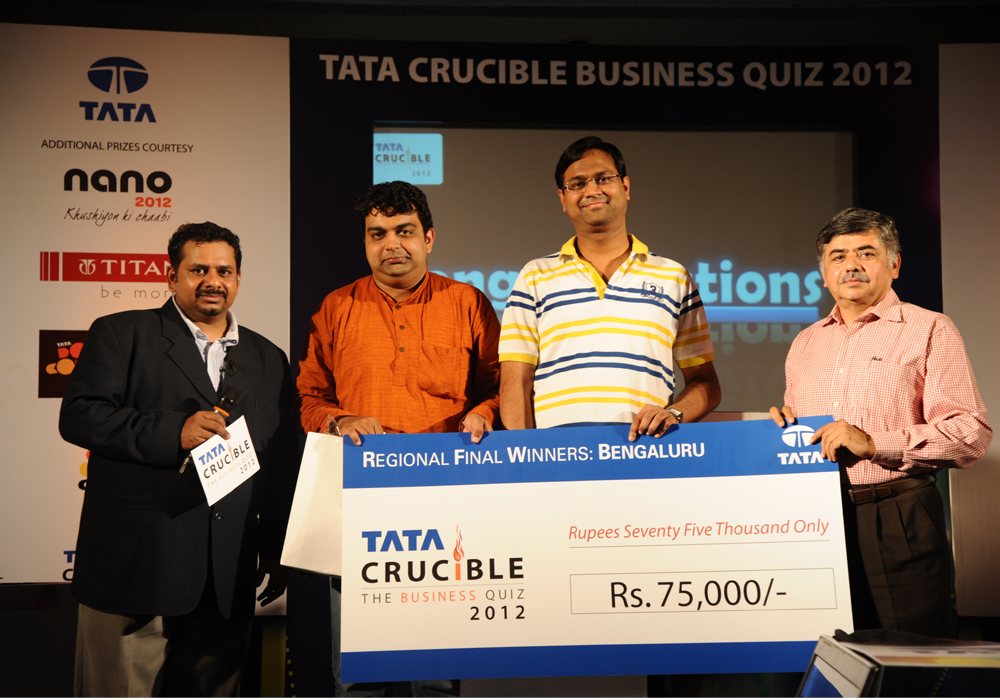 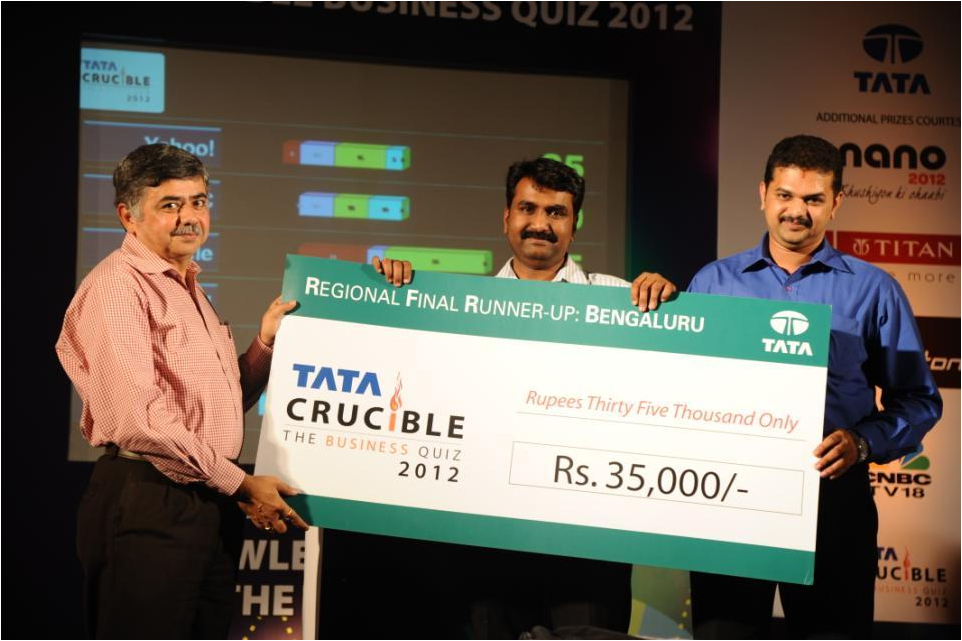 Confidence, Passion and Preparation were on ample display at the Bangalore final of Tata Crucible, easily one of the toughest cities for a regional final across India. The prelim featured a high quality of questions that were demanding and required teams to raise the bar. The finalists for the two tracks were:

The Tata track of the quiz was a one sided battle with four time champion Tata Elxsi in no mood to give any quarter to the challengers. It ensured the battle was largely for the second spot which was close and tense. In the end, the Titan duo of Arvind and Jai Kisen Mehta prevailed over the others to win the runner up title.

The non Tata Track of the quiz was truly amazing. Pace, Intensity and Brilliance marked each round as ING Life took the lead and moved ahead quickly followed by Oracle. Yahoo, HSBC, Dell and Tenvic did well in bursts but could not sustain the tempo across the quiz. All these teams especially Tenvic and Yahoo would believe they should have scored more than what they ended with.

The battle for the top slot was clearly between Oracle and ING as the quiz moved into the final rounds. Oracle did well to put the scores on board and forced ING to take half chances. ING on their part did well to convert a few superb questions but on the final question they took a half chance that did not pay off and Oracle had registered a clinical win with very mature quizzing.

The guest of honour Mr. Bhaskar Bhat, MD Titan Industries, was witty and crisp while summarizing the event and said “We profit from these initiatives as we enable thinking minds”. Noting the young audience he remarked “You belong to the future”.