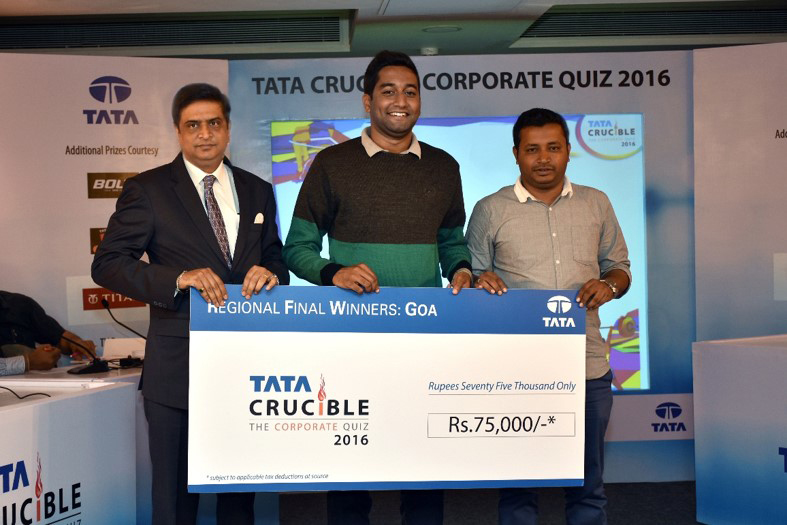 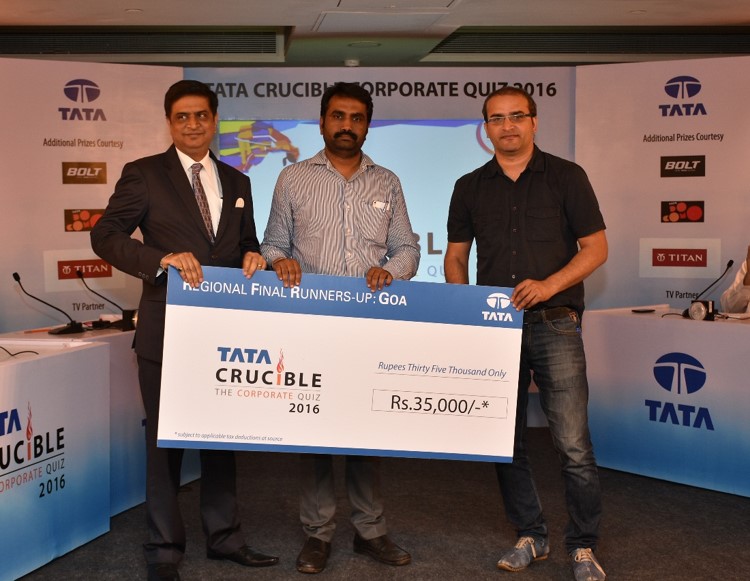 Goa on a rainy evening, with the sun slowly setting in the backyard, can be the most beautiful of cities to be in. It turned out to be a perfect setting for a great quiz. Pickbrain took the teams through a very crafty prelim that led to the final.

The final line up was stunning with two former national champions including the 2014 and 15 champion and former Goa champions on stage with three other challengers.

The final was by far the best ever that the city has witnessed in many years. It started with Loansingh featuring Prasad the 2014 and 2015 national champion, in true style getting off to a good start. The young duo from Adicent Designs, Belgaum kept pace with Loansingh and showed a lot of courage, taking half chances.

As the pressure mounted Loansingh lost some ground, while Splash kept gaining and loosing points but could never put together a string of right answers to give themselves momentum. In the meantime, home favourites, Savoir Faire and Simple Foundation also scored to make it a complicated battle.

With one question to go, Loansingh, Savoir Faire and Simple Foundation were all on the same score with Adicent just behind them. On the final salvo, Adicent went for the kill and cracked the poser to register a great win. Given the calibre of teams on stage, quizmaster Pickbrain was apt in describing them as the â€˜giant killersâ€™ of Crucible for this year.

He also pointed out that Goa emerged the true winner as the quality and intensity of the battle had reached new heights far from the early years when quizzes were more a fun evening activity here.

The guest of honour was Mr. Jaikant Shroff, GM, Vivanta by Taj Panaji. He applauded the teams for a fabulous quiz and gave away the prizes.