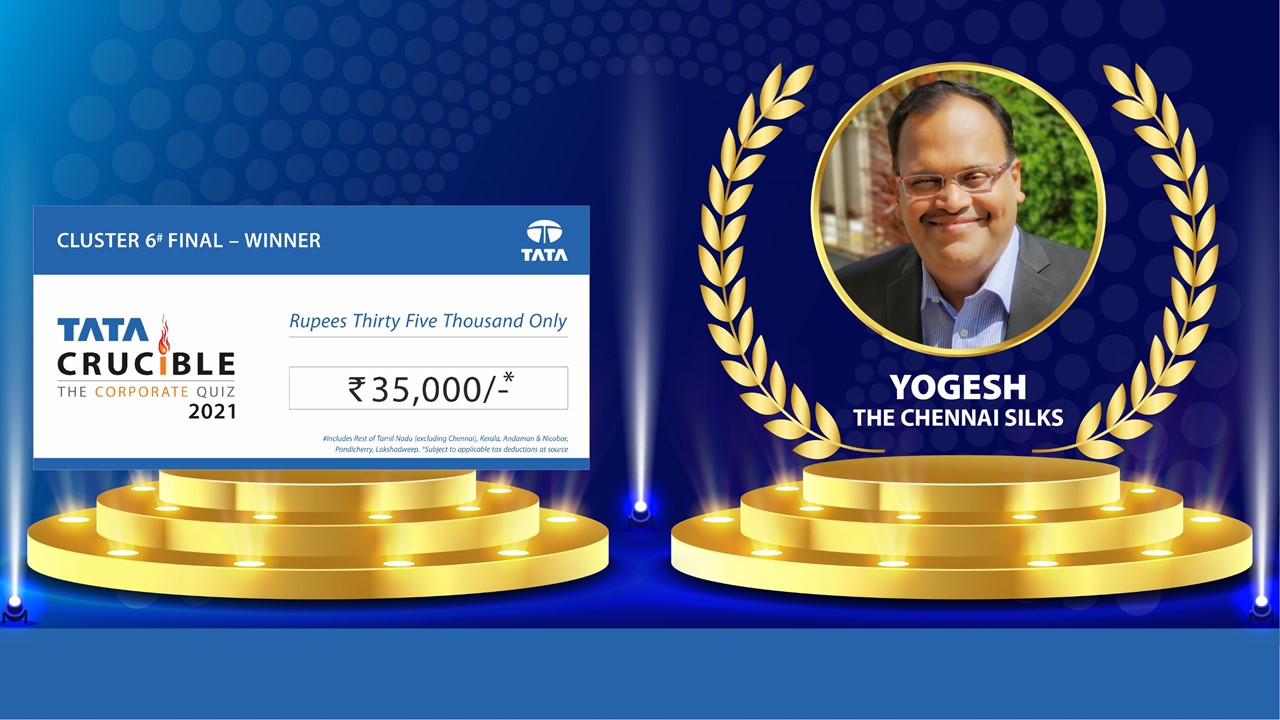 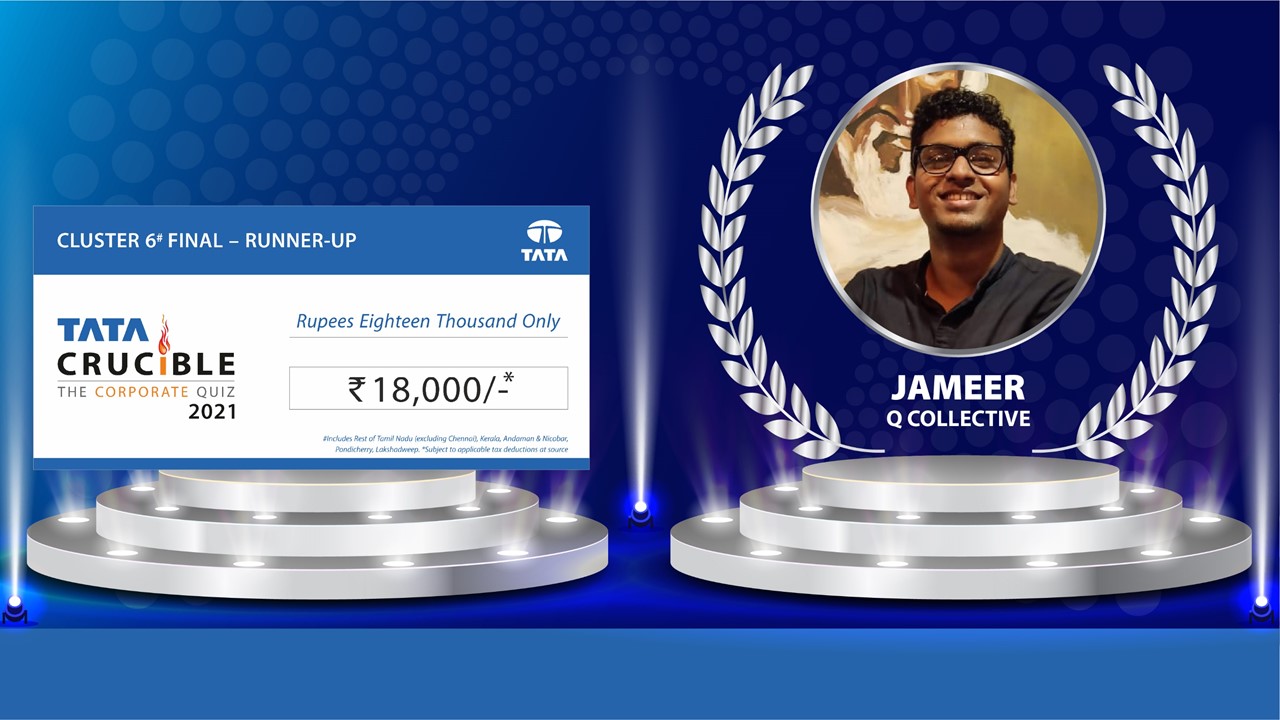 Will to be a new champion again? The Kerala region has had the reputation of always producing new champions. However, Coimbatore and the rest of TN has been more consistent with its results, making the region one of great anticipation. The finalists, this year, were a combination of top quizzers from the Coimbatore region and Kerala.

The quiz started Jameer, Amrut, Arul and Yogesh all getting off the blocks quickly. Midway into the final Yogesh Pai, a seasoned campaigner with rich experience was leading the way. The quizmaster had an array of very interesting questions that stumped them once a while. As they played out a few half chances, Jameer started growing in strength as he closed in on Yogesh. However, Yogesh held composure to close the quiz as the champion, Jameer coming really close but having to settle for the runner up.

The chief guest Sibi Mathew, General Manager, Taj Malabar Resort & Spa, Cochin recalled his own lovely moments at the quiz whenever it has been held at the Taj in the past. He wished the contestants well and said he looked forward to some positive growth in the times ahead.