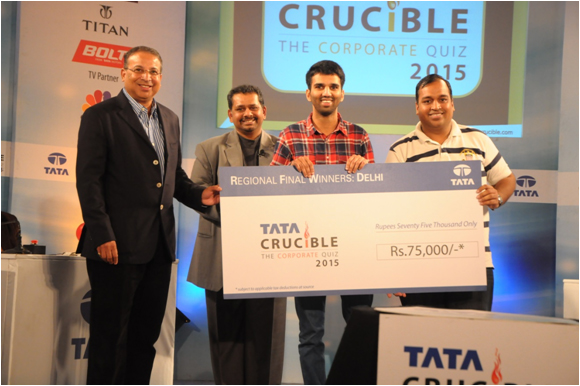 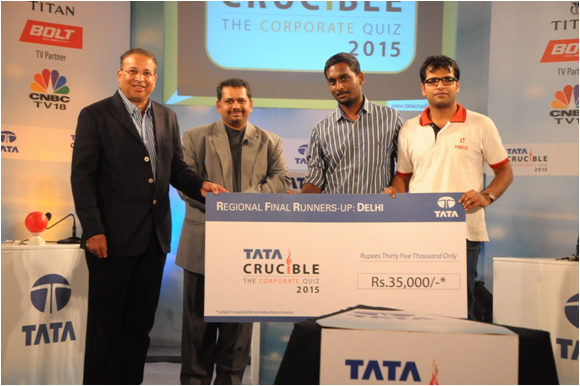 The setting was perfect for a quiz at Delhi. It was a weekend that many had been waiting for and the teams that were participating had prepared for. The battle began with a prelim of 20 questions that Pickbrain had pegged in a very interesting manner. The Delhi finalists were:

The final was a very absorbing battle with NTPC, RBS and SAM starting well. The other teams started with negatives and had to really pull themselves back into the battle. The teams looked tense as the game moved on.

The second half of the quiz was equally tense. The Nestle and NTPC teams did try to move ahead but it wasn’t quite their evening. After a while with Hero and RBS, both in the lead, the battle looked far from over with one round to go.In the final frontier some good answers from RBS saw them through to the next round, even Hero Motocorp battled to the very end to finish runner up.

RBS would represent Delhi in the North Zonals, where all the champions teams from across northern India would participate.