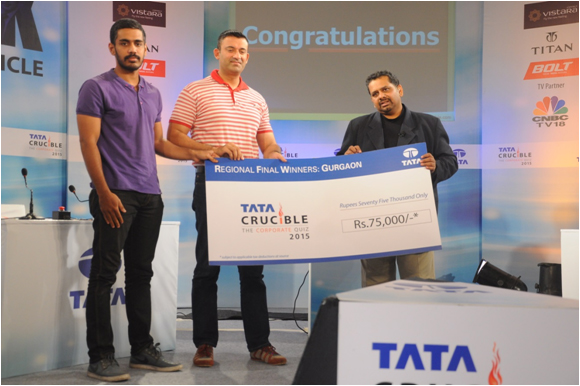 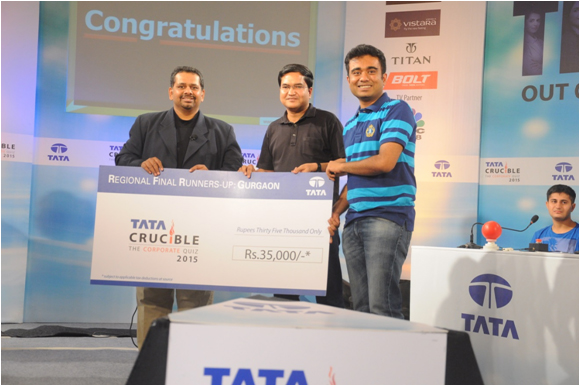 A quite Saturday afternoon at an otherwise bustling Gurgaon was disturbed only by the cerebral battle of a Tata Crucible where top corporate houses converged to test themselves on their corporate know how against Indiaâ€™s most prolific ‘interrogator’.

The prelim sure was tough and in Pickbrain’s words “It reflects our respect for the quality of teams that we get at Gurgaon”.The teams were not complaining as they enjoyed a quiz that tested them. The top six teams that made it were:

The final started with RB India crossing the 100 mark in quick time and putting the pressure on all the other teams. Genpact the defending champions were also scoring but slower than what is normally expected of them. It took a good couple of rounds for the quiz to shape up, as RB India with the intent to play aggressive and move on, took too many negatives and could not really recover from there on.

Genpact, on their part, played calm and waited for their turn to score. They also ensured they took very less negatives as they slowly got a grip on the quiz and then went on to dominate the final phases and registered their presence yet again in the northern zonals.

In the meantime, the teams from Dentsu and Channel Play were locked on the same score, for the second place, a tie breaker in the end ensuring the latter won their first runner up title at a Tata Crucible.