Corporate Quiz Results - Close call for Anand as others sail through 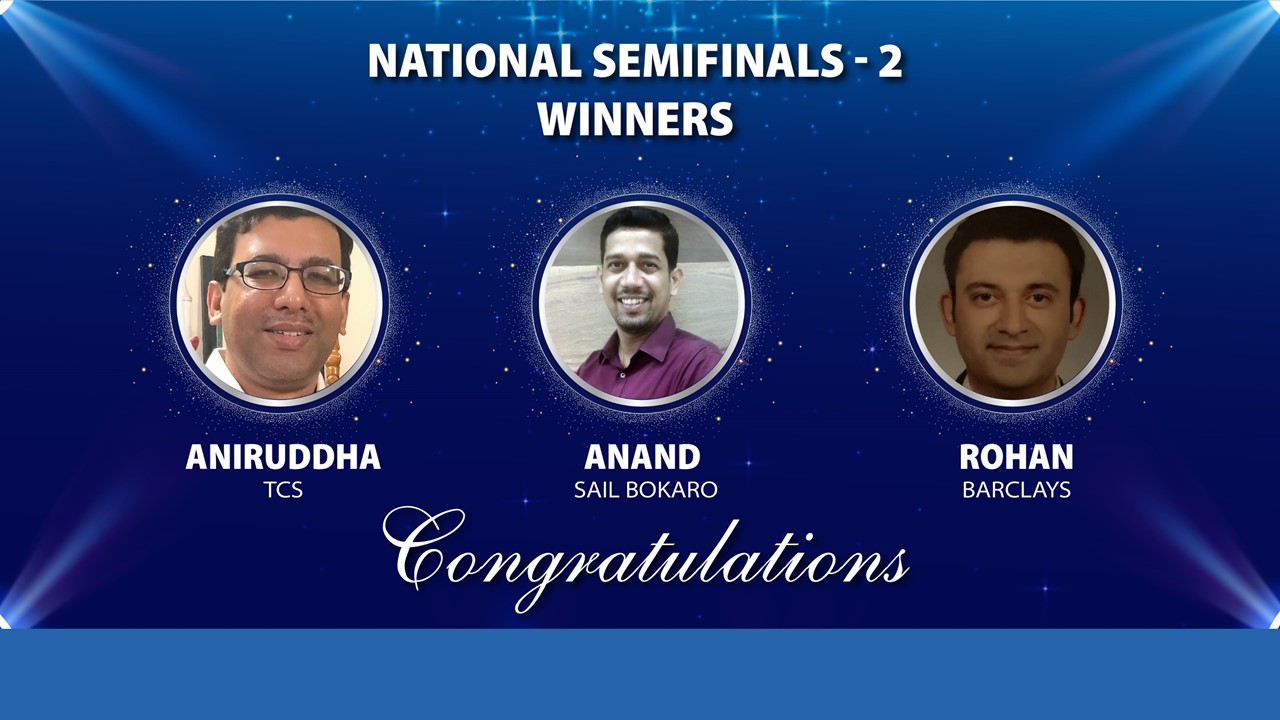 The second semi-final of the season featured two champions from across the northern, western and eastern terrains. Interestingly, as pointed out by quizmaster Pickbrain, all six contestants had won a Tata Crucible title in the past, even if it was at a regional level or at the campus edition of the quiz.

The final witnessed a calm and collective Aniruddha go from strength to strength as he sealed a slot in the national finale yet again. It was Rohan who played a little under par for his calibre but was mature and too seasoned to lose sight of what was a qualifier round. The third place became an interesting battle, eventually getting into a tie breaker, with Kapil Dev (the answer) saving the day for Anand Raj as he inched his way into the big finale.

The chief guest Mr. S. Padmanabhan, Executive Chairman – Tata Business Excellence Group and Head of Ethics at the Tata Group, spoke of the lessons learnt from the pandemic ranging from exploring possibilities one had never thought of, to the resilience everyone found, to the realisation of the need to connect with more people. He urged the viewers and contestants to not forget their learnings as things limp back to normalcy.