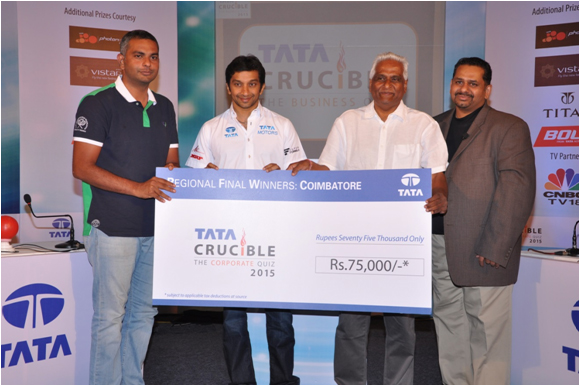 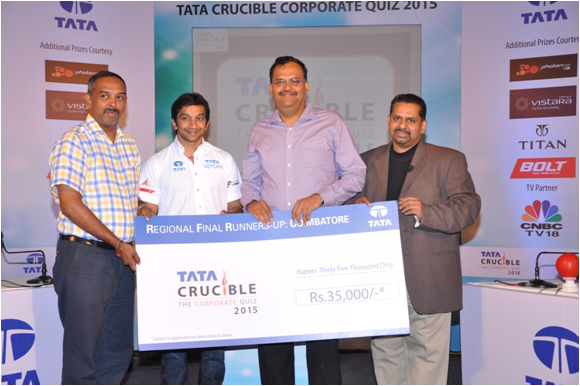 “It is for the first time that a father and son duo have won a Tata Crucible” thundered Pickbrain as the first major upset of the 2015 edition of quiz was witnessed at Coimbatore. The afternoon though had started on a more sober note with a tough set of 20 questions leading to the following finalists.

The Chennai Silks duo, who had never lost a final at Coimbatore were trying hard to get ahead and in doing so were losing points frequently on the buzzer as they took half chances. The Brookfields duo on the other hand did not take a single negative and answered only when they were sure. Kumbath did come up with good answers but they could not hold the momentum.

In the final frontier, Chennai Silks could not catch up with Brookfields as the latter won the quiz for the first time. It was also a unique victory as the team became the first ever father and son combination to win a Tata Crucible.

The guest of honour was the ‘fastest Indian on wheels’, Narain Karthikeyan, who aptly pointed out that in any form of sport, be it a quiz or F1, preparation was the key as he quipped ‘Effort leads to Success’.