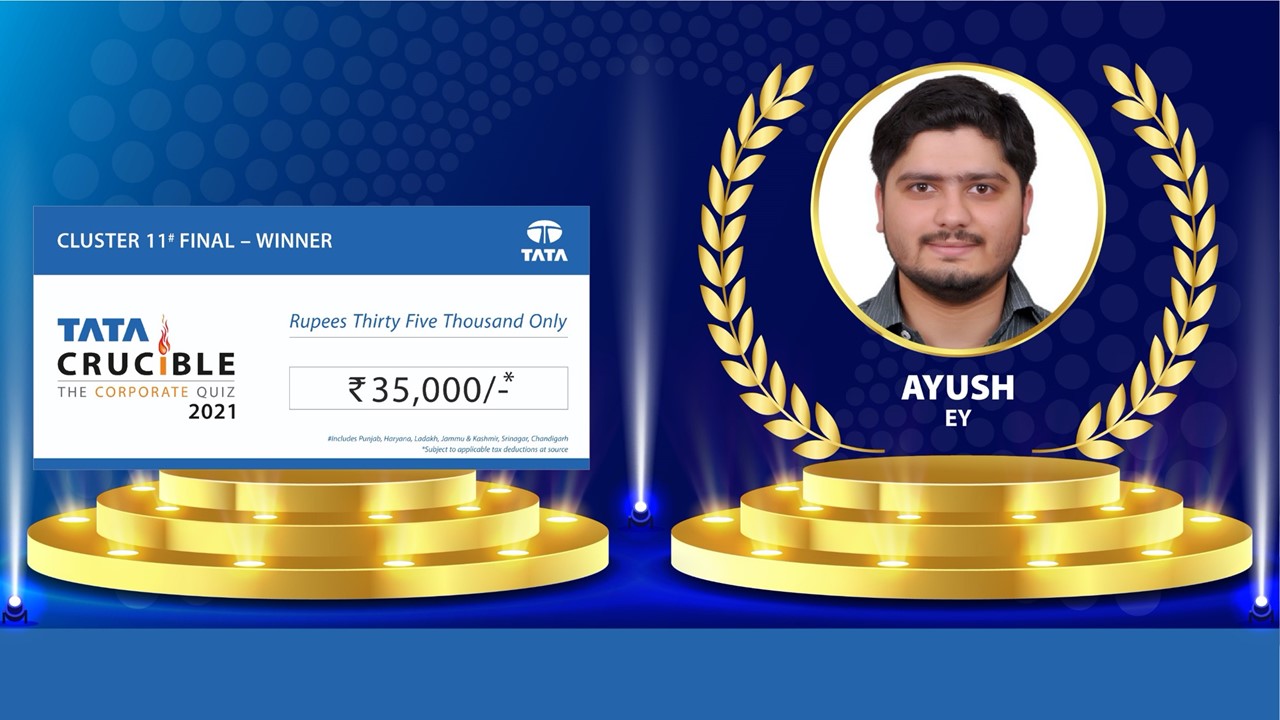 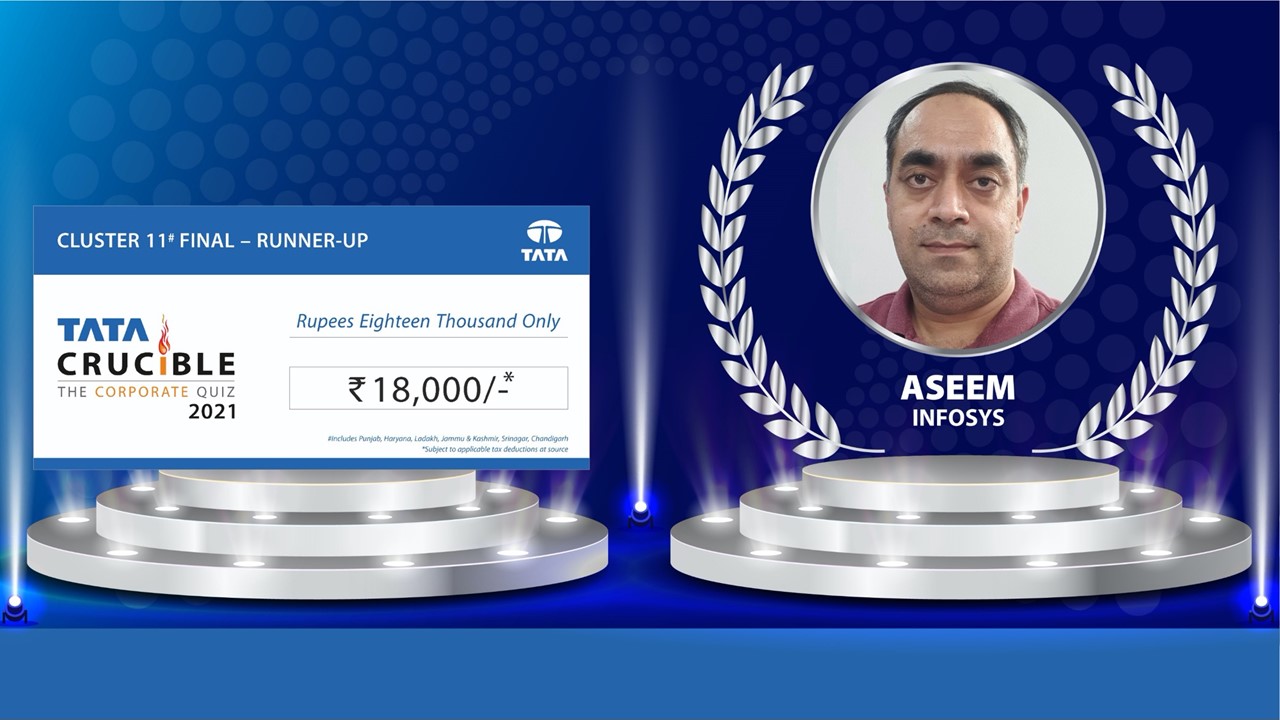 The northern cluster is often dominated by contestants from Infosys. This time too, they had many in the wild card round and two of them made it to the finale. The other slots had a good mix of contestants from varied industries. The stage was all set for a close finale.

This is a region that always seems to throw up new champions as younger contestants come in each year. The battle this time was too close for anyoneâ€™s comfort. All of them were scoring with no one really breaking free from the huddle. It went the same way into the final frontier of the quiz when Ayush got into the lead with some sharp answers and decided to hold on to that position. The others challenged him valiantly but could not cross him. The runner-up was Aseem, who got the better of some of the young challengers to take the second slot on the podium. Ayush registered his first ever win and moved into the top 12 of the country.

Mr. Parveen Chander Kumar from Indian Hotels was the chief guest. He spoke eloquently about the way innovation had taken centre stage during the pandemic. He also spoke of how the need for solutions and innovation would be the drivers for the future. He congratulated all the contestants and the quizmaster for a masterful creation of a digital fare of a stage event.