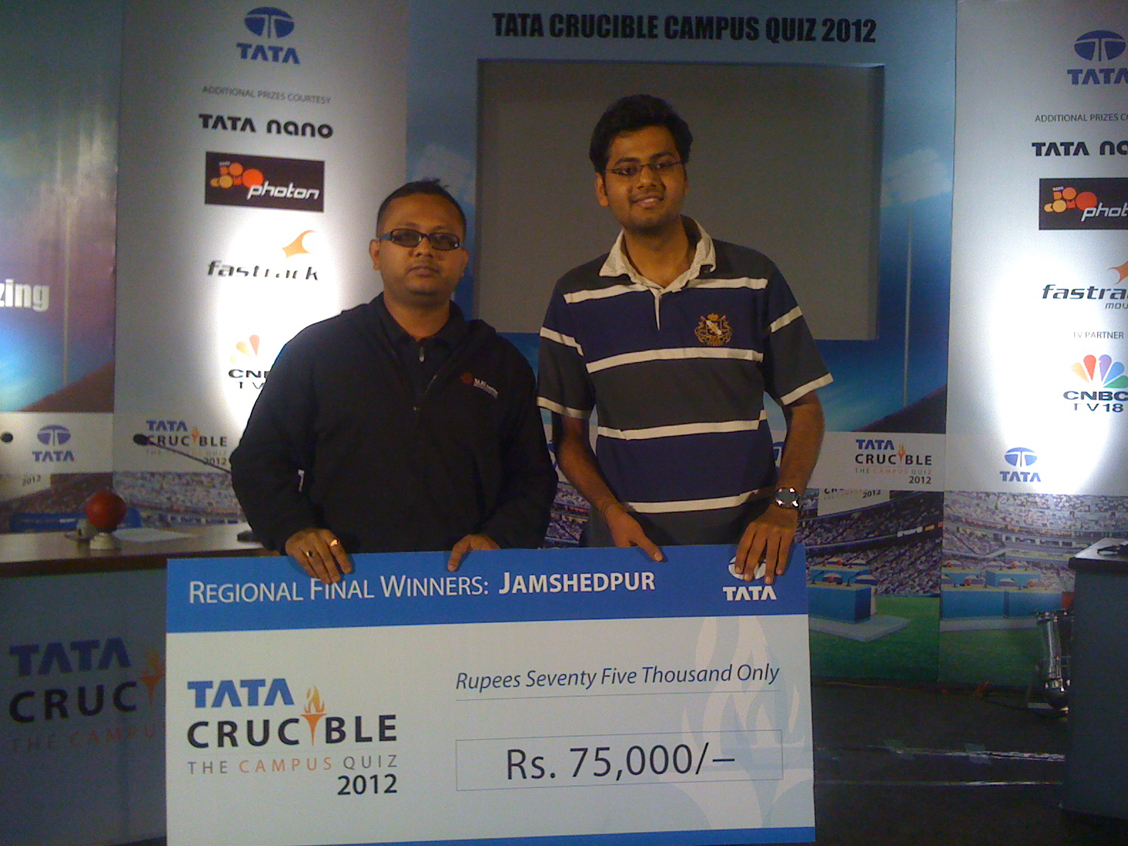 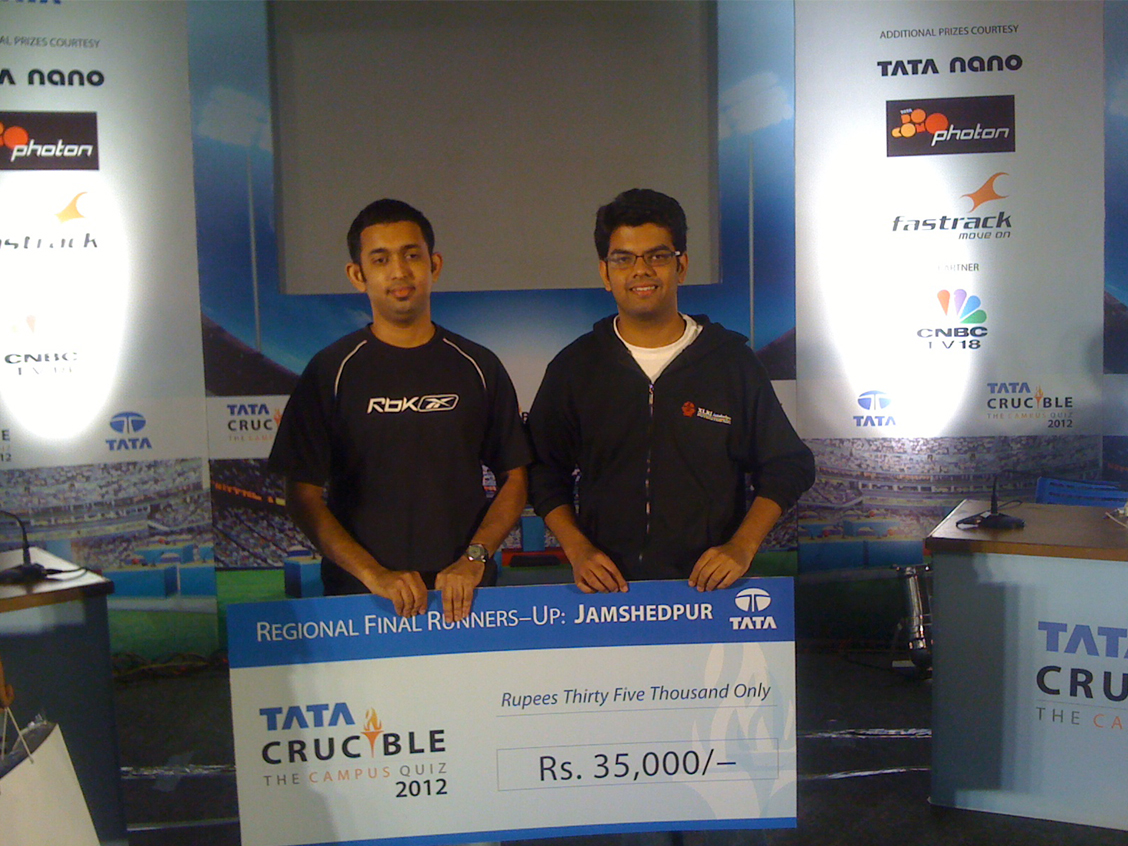 On the dot at 2:00 PM the curtains opened to the 2012 campus edition of Tata Crucible. As Pickbrain walked up on stage, he started with a piece of trivia that the first ever Crucible had been rolled out of Jamshedpur as well. With close to a 100 teams (the highest ever for this city) battling for the top slots in the final he went about his task setting a brisk pace.

The city witnessed one wild card round that was completely dominated by 6 teams from XLRI from which the top two moved into the final.

The final witnessed an authoritative performance by Deepanjan and Ankit who consistently led the quiz from start to finish ensuring a smooth passing into the national final. The second place was a keenly fought battle between BIT Mesra, XLRI (Mario and Chinmay) and XLRI (Mrutyunjaya and Ulaganath).

The entire excitement of the second place went down to a nail biting tie breaker which was won by Mrutyunjaya and Ulaganath of XLRI.

The chief guest Mr.Senthil Kumar – Head Human Resources at Tata Steel urged the youngsters to “Go for it” and never leave a single day in their lives without attempting to move ahead. He elaborated that given the sharpness and speed of processing information huge opportunities and success await these youngsters.