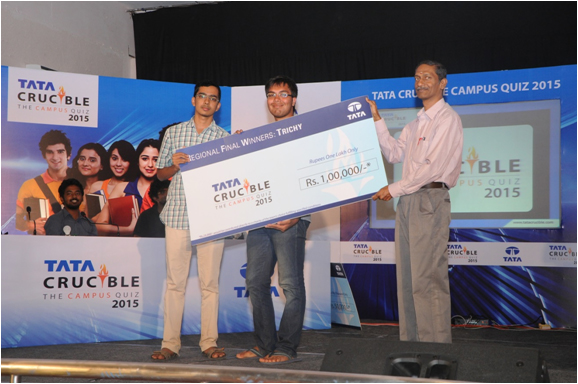 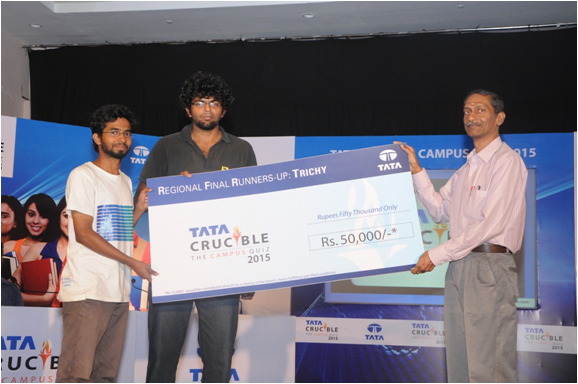 Summer was on or was it? A sudden surge in the mercury levels could be felt at Trichy. One wondered if it was summer time indeed or just the pressure of the nation’s biggest quiz being in the city that created the spike.

With a record 616 teams, the place was full to the brim. Pickbrain kept the prelim moderately simple and wrapped it quickly to ensure he had enough time to correct the 600 plus answer scripts. Soon enough the final unfolded and the teams that made it were:

The quiz was a very absorbing battle with four teams making it a battle amongst themselves after BIM (Sonu and Monish) and Sastra took negatives and could not really recover from it. The BIM team of Rohit and Sayan were in the lead for a while and then the NIT duo of Sibi and Yuthish were ahead almost till the last over began.

In the final over the NIT team of Rishi and Subramaniam took early chances and moved on from where they were to lead the quiz. The pressure was now on the other teams and with none of them able to catch up with NIT, it was a sail through to the zonals for them.

The second prize was a battled between NIT and BIM which former won ensuring it was a clean sweep for the NIT teams at the quiz.

The guest of honour Dr.Venkatesha Prabhu from NIT Trichy, gave away the prizes and congratulated the winners.