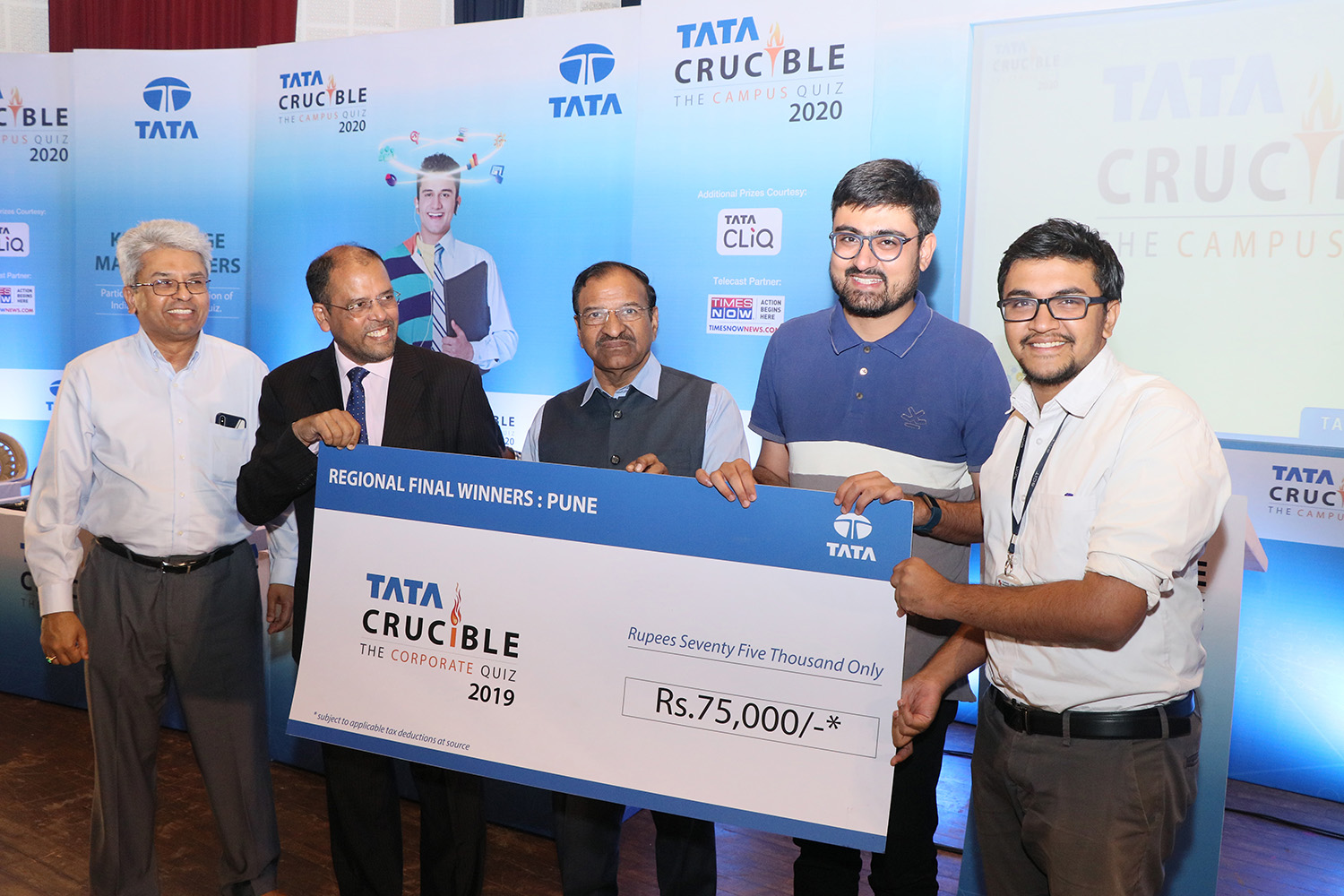 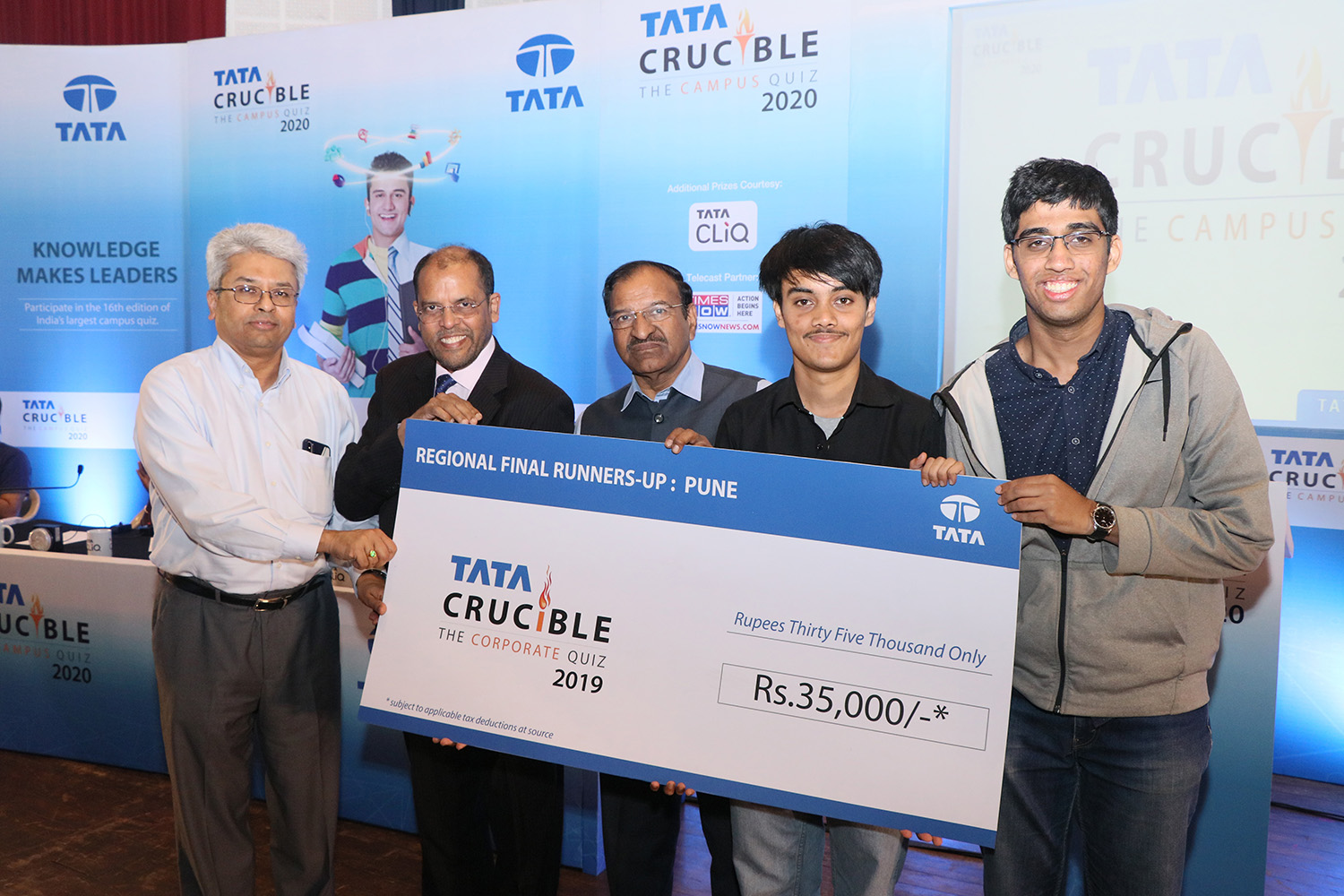 A packed auditorium with over 500 students, welcomed the quizmasters at the Balaji University Campus at Pune. Quiz host Ms. Rashmi Furtado had planned a reasonably difficult prelim for the teams to negotiate. The teams that progressed to the subsequent rounds were:

The final was an absorbing battle with all the teams playing cautiously. The duo from Symbiosis IT took the early leads while the former champion from Sinhgad took early negatives that dented their chances despite a brilliant comeback in the latter half of the quiz. The teams from COEP and VIT did well to stay in the battle.

As the rounds progressed the battle became tense with Symbiosis choosing to hedge on their lead and the others closing in on them with every passing question. In the end, the quiz went down to the final question where COEP who was on the same score as SCIT took a half chance and lost the final. SCIT went through having played smart and held on to their lead.

The chief guest Mr Emmanuel David, Head of TMTC Pune, appreciated the teams on an outstanding performance while the special guest of honour Dr. M.S.Krishnan, noted author and Professor from the Ross School of Business, USA spoke of how Indians were emerging as leaders world over, underlining the opportunity that lay ahead for the youngsters in the audience.

He appreciated the Tata group for creating a positive learning platform for the youngsters and hoped to see the quiz in the US some-day soon.