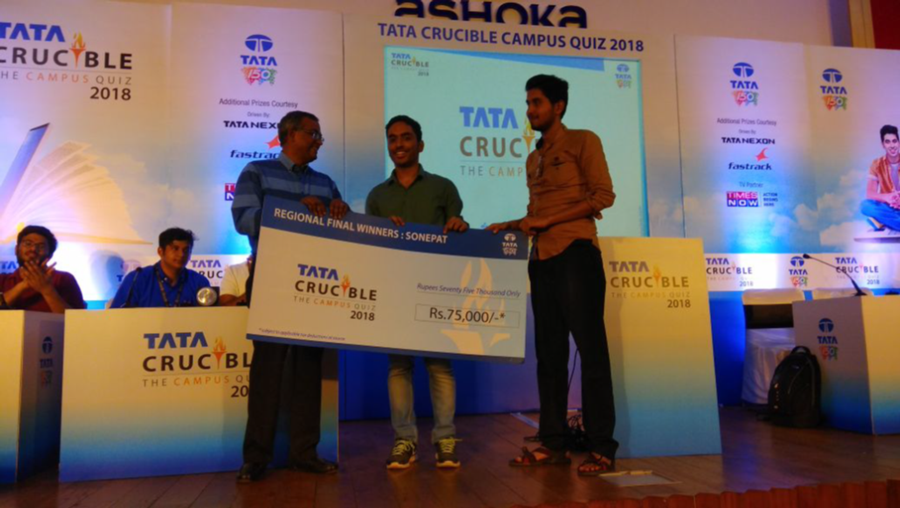 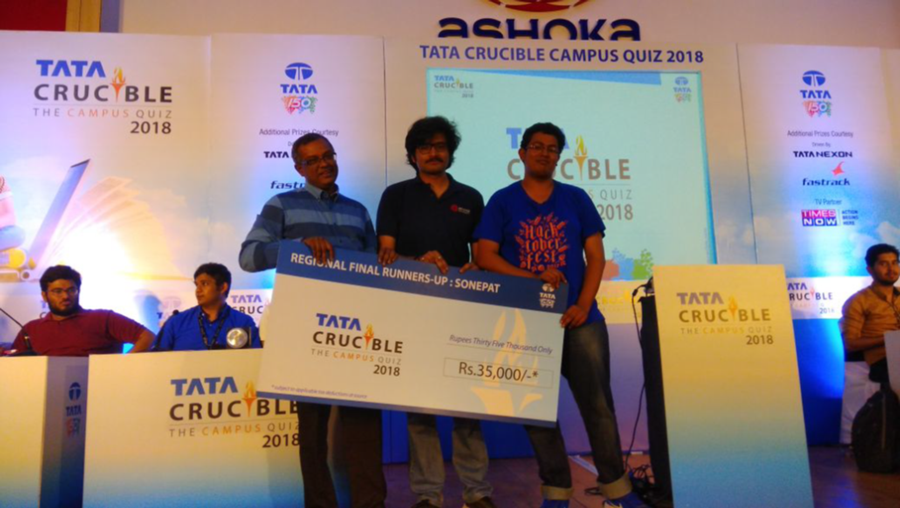 “Amazing final” was the expression on everyone’s face as they witnessed a cliff hanger at Sonepat where the afternoon began with a 20-question prelim hosted by Ms. Rashmi Furtado, leading the following finalists.

The final, with ace quizmaster Pickbrain in command, was a tense, close battle with the Ashoka duo of Mayukh and Apratim taking an early lead with all the teams trailing them into the first half. The duo from NIT were behind them as the quiz moved on.

From there on it was a battle of nerves with either of the teams edging past the other on the buzzers as questions became increasingly more difficult. In the final frontier, on the penultimate question, the Ashoka team cracked a tough poser leaving NIT with no choice but to get the last question right. On the final question, NIT held their nerve to crack the poser and emerged champions for the first time ever.