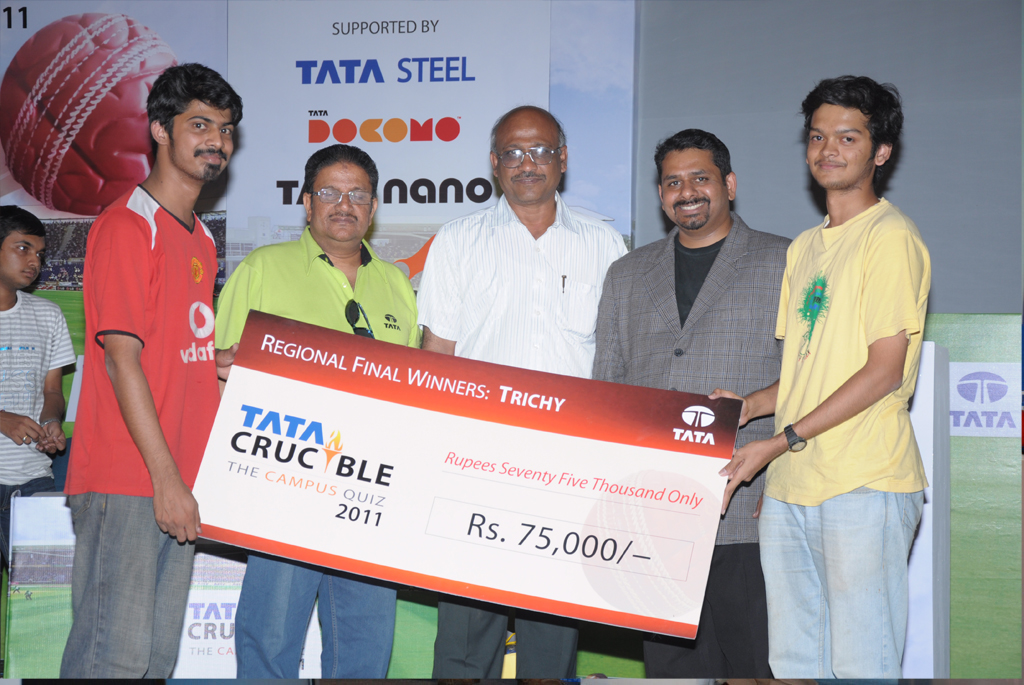 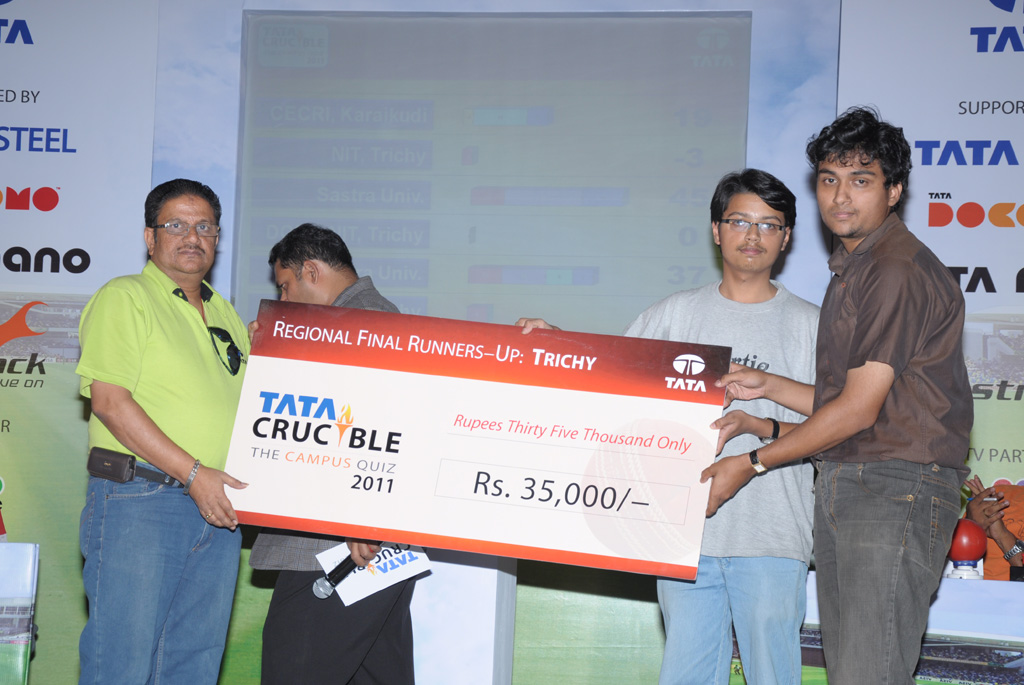 The nation’s biggest business quiz for campuses made a debut at Trichy as part of the four new cities that have been added this year to the fascinating quizzing juggernaut. With over 75 teams taking part in the debut edition it seems likely that Trichy would be a regular feature on the Crucible map.

Quizmaster Pickbrain opened the prelim with an interesting mix of 20 questions that sure were workable and tested the thinking skills of the teams.

The six teams that made it to the final were :

The final was based on a cricket format where teams would score runs for every right answer with the option to deploy a power play and so on making it an absorbing format that would keep both the teams and the audience at the edge of their seats.

The initial rounds were evenly fought but as the ‘match’ progressed the teams from Sastra and CECRI progressed well to set up a tight finish in the final overs. The slog attempts by the other teams resulted in negatives that they simple could not recover from. The final over was riveting as the game came down to the last ball as Srinath and Sridhar from Sastra emerged the first ever Tata Crucible champions from Trichy.

Teams won huge prizes as did the audience with the large number of questions thrown by the quizmaster to the crowd. A great experience for Trichy as it enters the business quizzing map of India.