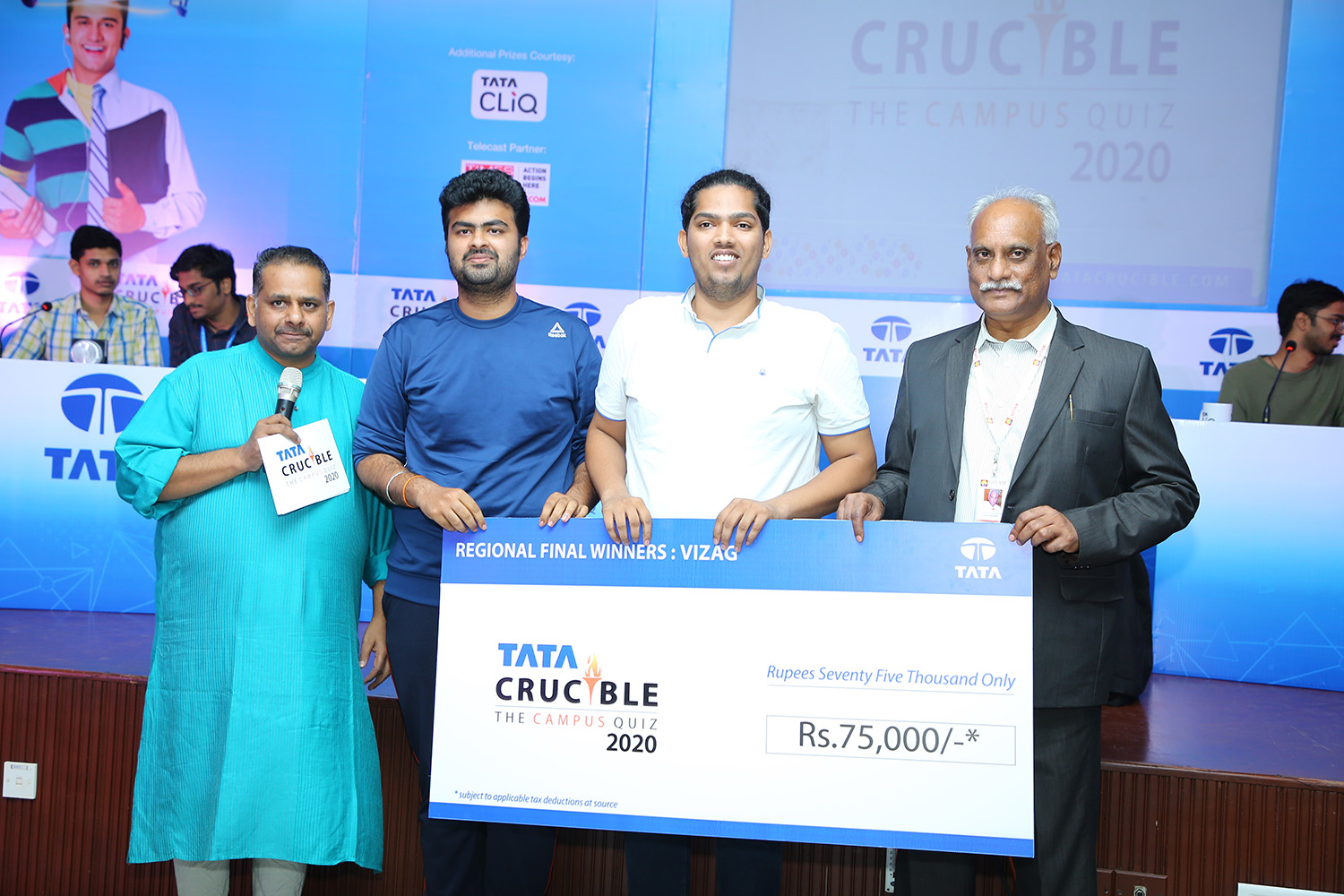 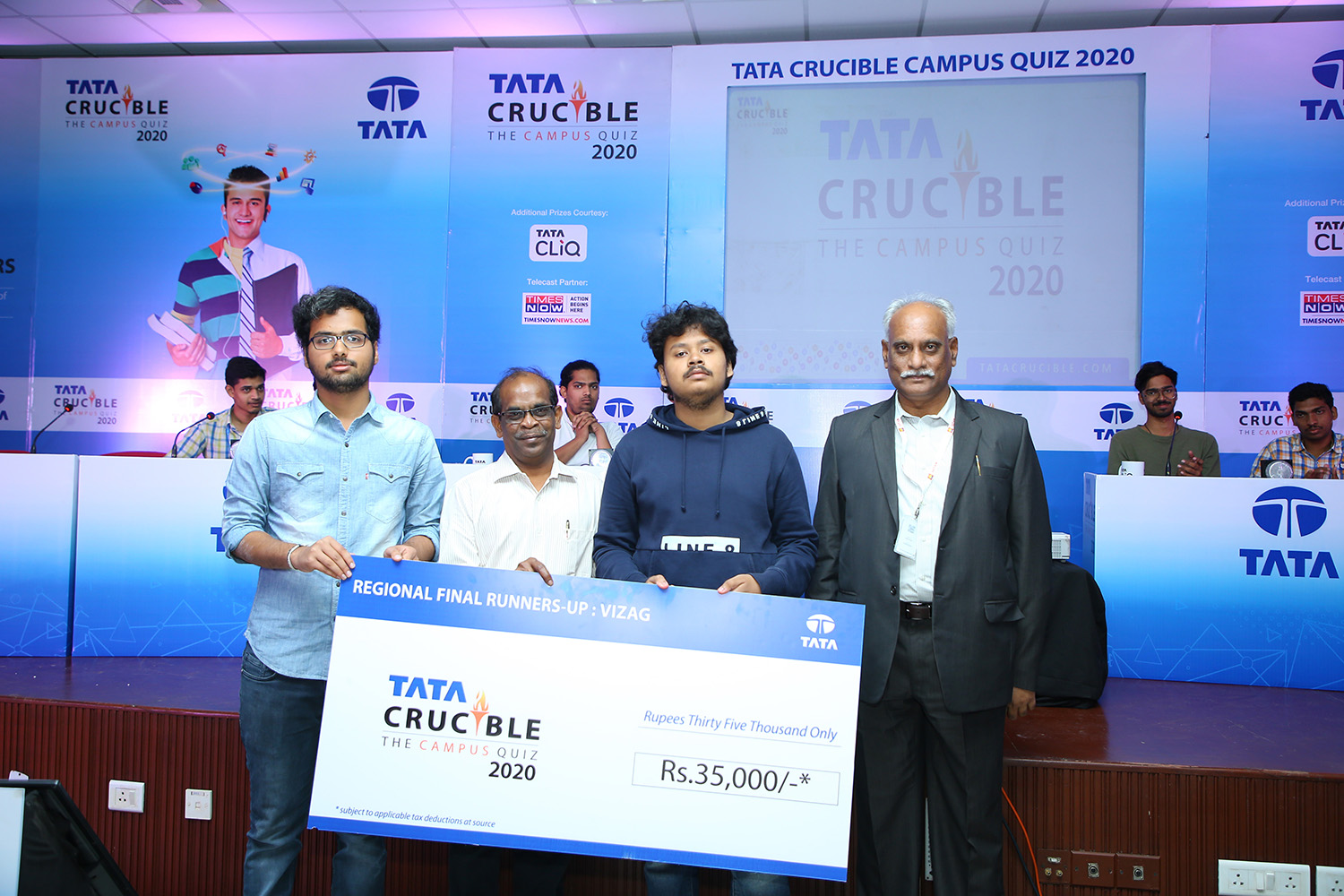 Over 1,100 students were part of the city edition of the quiz. Quiz host Ms. Rashmi Furtado was quick and snappy with the prelim that contained 20 questions. The first-time participants found the preliminary a shade difficult while the regular teams could navigate more easily. The teams that made it to the rounds onstage were:

The final was anchored by noted quizmaster Pickbrain, who is hugely popular in this region. The huge crowd was cheering the respective colleges and other teams right through the final. The Rao’s college team from Nellore dominated the final, scoring from the initial questions to the very end.

They did not give any team a chance to close in on them right through the final. GVP College of Engineering, was the only team that came close to the winners. Once they realised, they did not have a chance to win, the GVP team played it very sensibly, to finish runner-up.

The chief guest professor Siva Ramakrishnan, vice-chancellor GITAM University, gave away the prizes and advised the teams to focus on learning, be it within the classroom or outside the classrooms. Professor Dharma Raj of GIT and Commander Guru-Murthy, director placements, GITAM were also present.