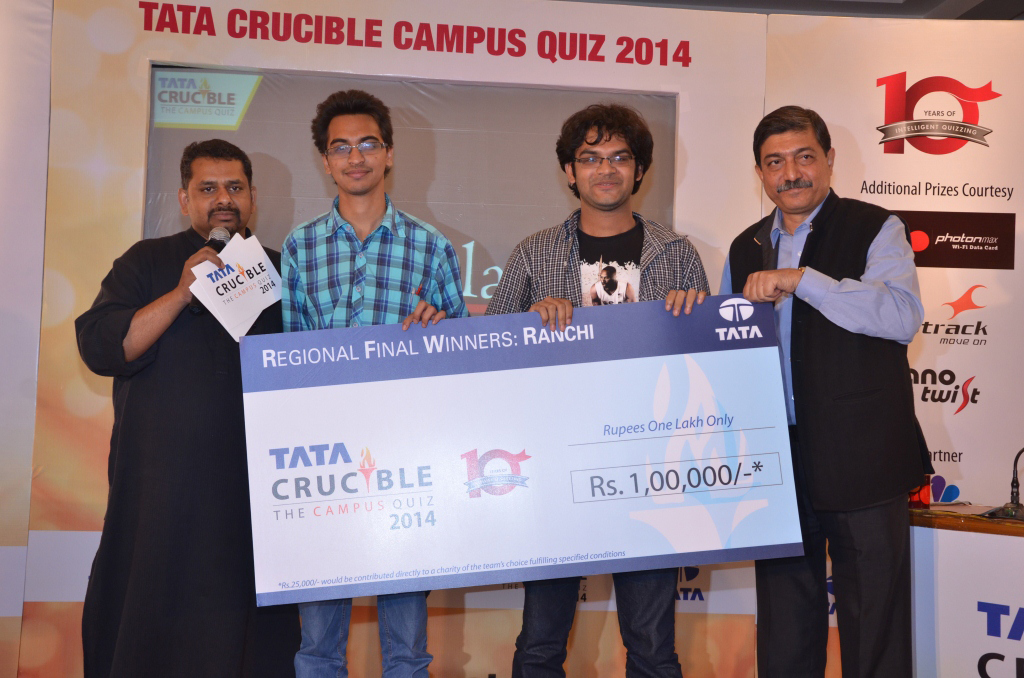 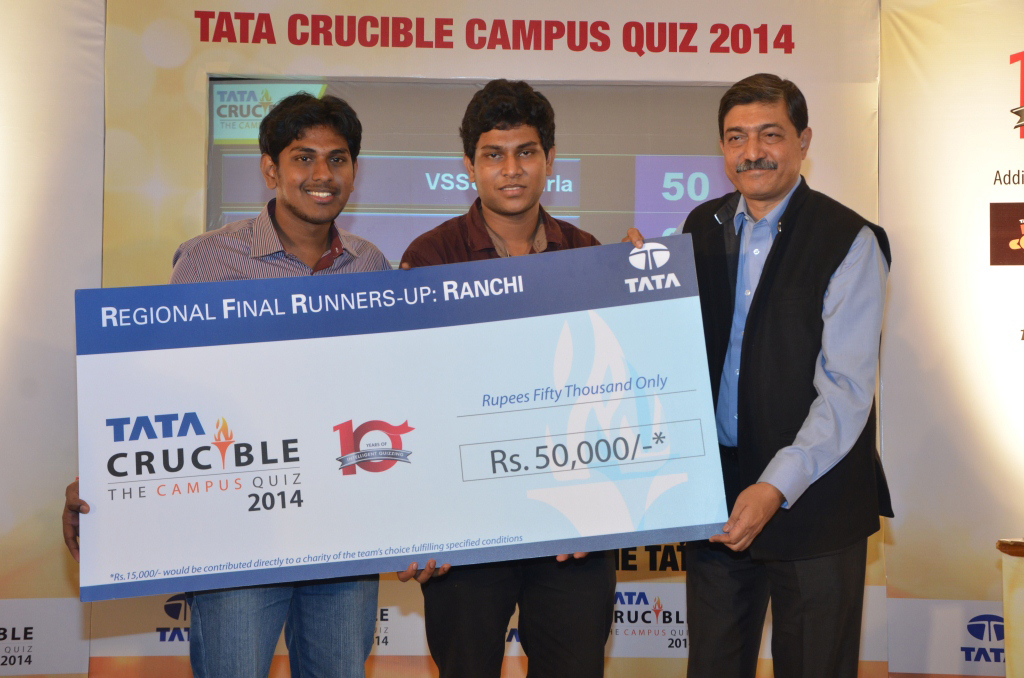 On a quite Monday afternoon the city of Ranchi braced itself for a Tata Crucible which was being reintroduced to the city after the Tata’s decided to introduce two locations for the quiz in the state of Jharkhand, the other being the city of Jamshedpur. After a workable prelim that had a lot of questions of human interest the following teams made it to the finale.

The final saw the two IIM Ranchi teams move ahead soon only to be tracked down soon by the others who were equally quick and competent. The duo from BIT Mesra produced a few very good answers to impress early on but could not sustain the momentum.

After the initial rounds the NIT Rourkela team started answering with great purpose and consistency to move ahead of the rest with good strikes on the buzzer as well. In the penultimate round VSSUT did well to get beyond the IIM teams but could not catch up with NIT which by now had reached a safe score to sail into the Eastern zonal final.

The guest of honour Mr.Satish Singh, the Chief Resident Executive of Tata Steel congratulated the teams and gave away the prizes.