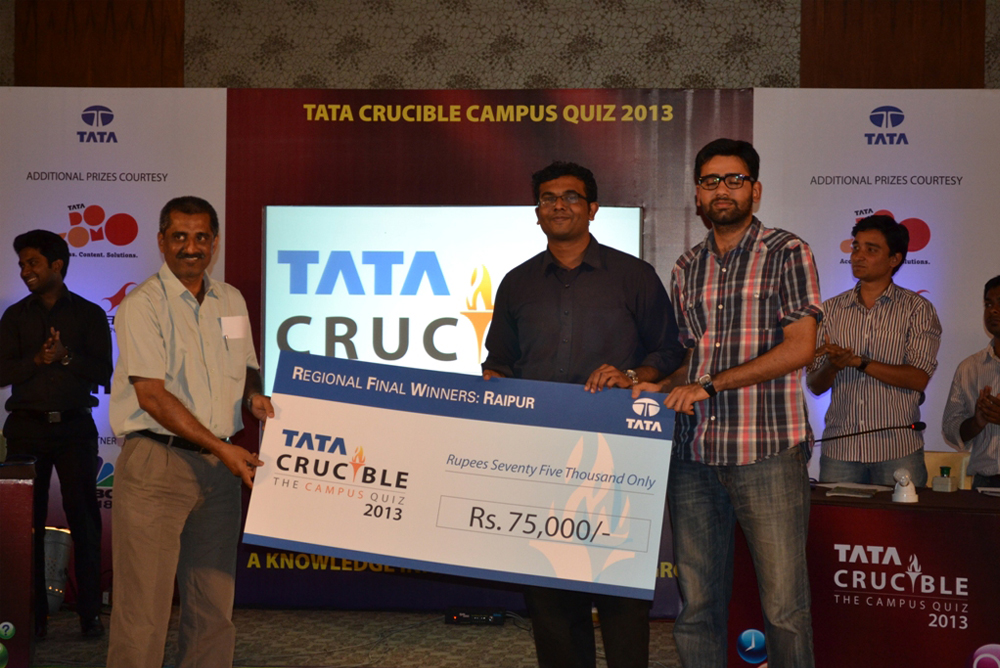 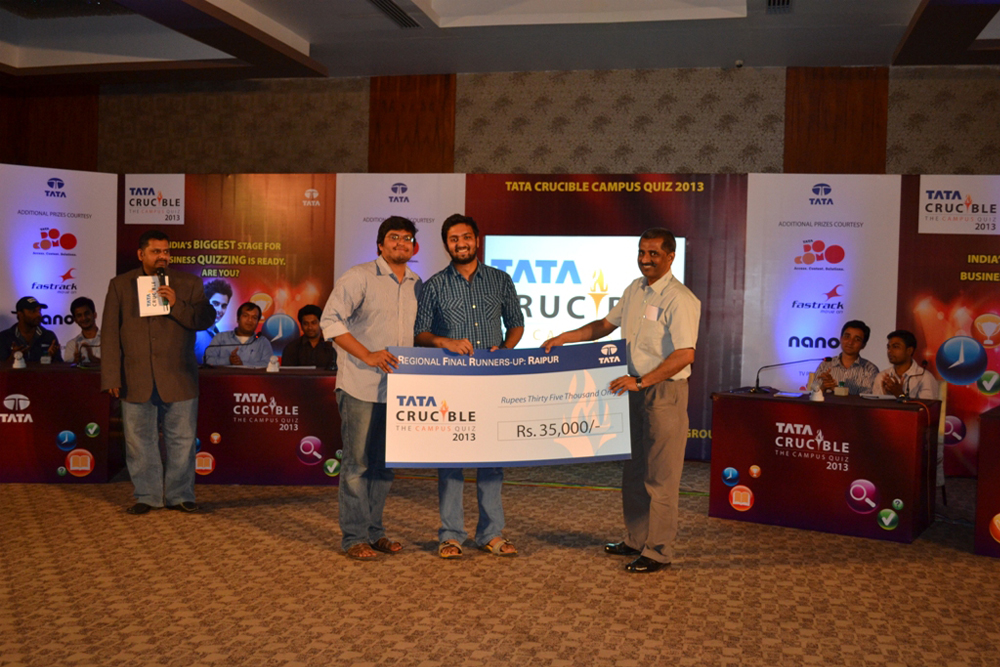 Over a 100 teams at a city making its debut at a Tata Crucible was a “true delight and a reflection that the organisers had picked the right new cities” said quizmaster Pickbrain walking into the venue. A young boy apparently following the quiz since his school days said “Sir, it is also the popularity of the quiz”. It really did not matter who was right or if both were right in their views as teams jostled for space to take a crack at the prelim. The prelim was a relatively simple one with teams asking the quizmaster to not give any more clues as they felt it would hurt their chances of qualifying. The wild card witnessed a close fight from which two IIM teams qualified to the finale.

The final started on a very brisk note with the law students from HNLU racing away to a powerful start. It did stump many teams on stage but the seasoned ones slowly started clawing their way back one question at a time. NIT showed their brilliance in bursts but took way too many chances on the buzzer and earned negatives that started hurting their cause.

The IIM teams were in the hunt too as they played the game with some caution ensuring they did not accumulate too many negatives. As the quiz inched on, the duo of Navjeet and Srinath from IIM came up with some good answers to get closer to the law grads who were now playing a little careful and not going for the buzzers. In the penultimate round, IIM Raipur (Navjeet and Srinath) came up with lusty blows that propelled them into the lead which they held on to in the final round to secure a place in the zonal finale of the quiz, as first ever champions from Raipur.

The guest of honour, was academician Dr. Ravindra Sharma, the Registrar of NIT, who gave away the prizes.