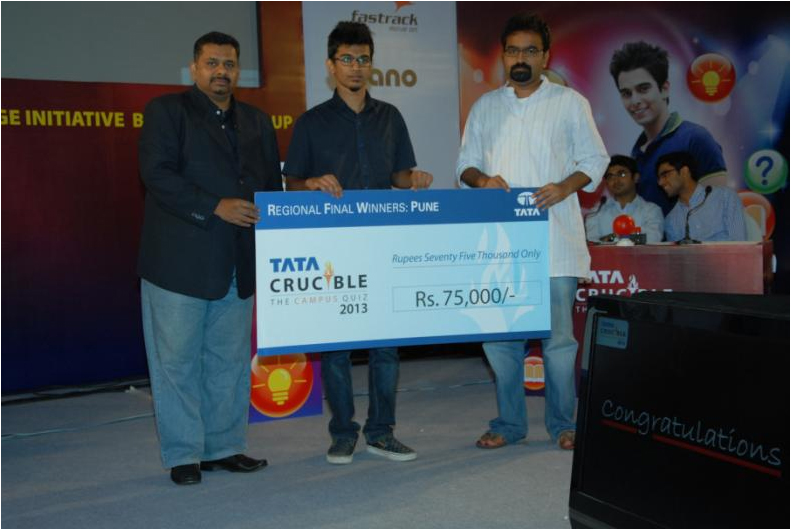 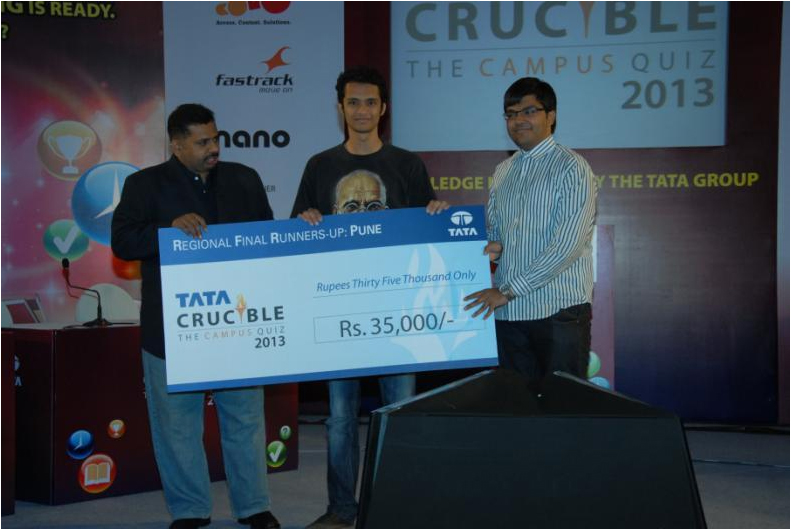 It was a super Sunday for Crucible, at Mumbai, as the day began with the Pune final which had been relocated to Mumbai after rain affected the quiz when it was to be held originally at Pune.

The six teams that had made it to finale from Pune and travelled to Mumbai were:

The final witnessed a good start by the AFMC team and Symbiosis Law in the first couple of rounds. As the quiz moved quickly into the buzzer rounds the team from SCMS started moving forward and it seemed like a three team battle.

In the second half of the quiz the Symbiosis Law team moved ahead with really good answers and looked certain to win but in the next round that followed on analytical thinking the young duo of Ruchit and Nikunj outsmarted all the other teams with sheer speed and clever tactic that earned them 30 points in quick time and catapulted them into striking distance of the leaders.

However in the final round the Pune team played the game with great maturity to ward off the young challengers and make it to the zonal rounds.